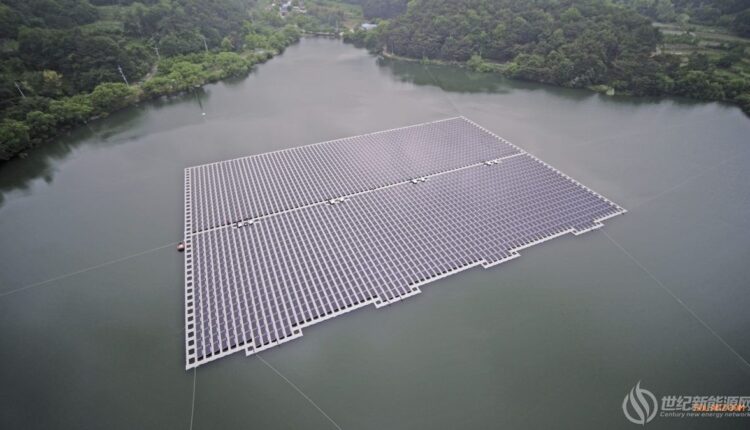 Masdar and Indonesian energy company PT PJB are building the largest Floating Solar Power Plant In Indonesia. The two companies entered into a long-term electricity purchase agreement (PPA) for the project with the national power company Perusahaan Listrik Negara (PLN) in January 2020, at a price of $0.0581/kWh.

The Floating Solar Power Plant In Indonesia is now in the construction phase and is scheduled to be completed in the fourth quarter of 2022, which will become the largest floating photovoltaic power station in the country and Southeast Asia.

According to the Indonesia Energy Transformation Outlook 2021, recently released by the Institute for Basic Services Reform (IESR), the power generation facility will sell electricity at a price of $0.0581/kWh. The report also revealed that the local utility company PT Indonesia Power completed bidding for two floating photovoltaic projects with capacity of 60 MW and 90 MW last year, with final prices of $0.0374/kWh and $0.0368/kWh respectively.

Indonesia has more than 17,000 islands and 100 reservoirs, as well as 521 natural lakes, and is planning to build another 60 Floating Solar Power Plant In Indonesia, because the country aims to achieve 23% of electricity from renewable energy by 2025 and increase this proportion to 31 % by 2030.

Last month, Sunseap, a Singapore solar energy developer, signed a memorandum of understanding with the Batan Indonesia Free Zone Authority (BP Batam), a public institution responsible for the management, development and construction of Indonesia’s Batam, to build a Duriangkang Reservoir in the southern part of the region. 2.2 GW floating photovoltaic project.