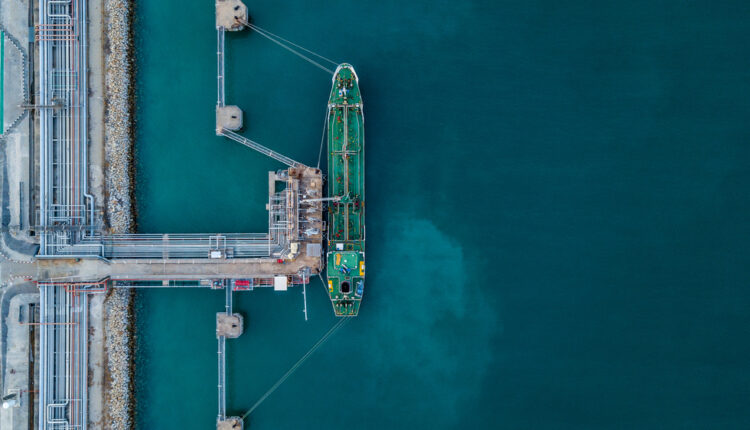 Oil supply crisis Warning At present, there are many observable trends in oil supply and price. Lack of capital investment in the search for new oil and gas supplies. The agency said that the huge “ship” of world oil demand is colliding with the oil supply, which will have a profound impact on consumers.

“Oil supply crisis warning” This key indicator reveals to those who are willing to listen about what our energy security may have in the future as the world continues to recover from the virus. The level of drilling and capital investment is insufficient, and the current oil production level has been maintained for many years. It is well known that oil extraction is a capital-intensive business, although the break-even costs of new projects are low due to the oil industry’s cost reductions in the past few years.

Investment funds such as BlackRock’s pursuit of green “purity” in new energy financing allocations, government decrees requiring a reduction in carbon emission intensity across society, and the transition to renewable energy have all sent a fairly clear message to oil and gas companies that no new oil and gas supply is needed.

The super-main camp formed by Shell, ExxonMobil, BP, TotalEnergies, the main targets of the anti-oil movement, has reduced the allocation of oil, withdrawn from enterprises or converted oil assets such as refineries into renewable energy, and sold a few years ago that could have led to oil and sky. However, the inventory of gas has increased assets. Just a few weeks ago, a Dutch court asked Shell to accelerate decarbonization, and just this week, Shell took steps in this direction. Shell’s decision to withdraw from Permian shale business is significant and will change the nature of the company over time. We will discuss this further in the future.

Oil production will be reduced in the future. Considering the main points discussed so far, this comment does not seem to be very prophetic. In fact, people’s understanding of the availability of energy and the factors that generate energy are a little disconnected. Soon, due to this key factor, the lack of new drilling will become obvious, and people will doubt where all the easy and cheap energy has gone.

The agency said that the natural annual decline rate of shale gas wells is very high, which can be temporarily alleviated by hydraulic fracturing. However, there is no doubt that production will begin to decline as early as next year due to the lack of new drilling. At first it was a fairly shallow slope, but the slope would become steeper as the proportion of old wells and new wells increased. The result is that oil production will decrease over time.

Over the past year, our drilling activity has rebounded from the 2020 crash, but this speed cannot maintain the current production of about 7.5mm barrels/day. For those interested, we spent nearly 1,100 rigs, which peaked in early 2019, only reached 7.5mm barrel oil equivalent per day. Production continued to climb in the first quarter of 2020, due to the relatively “young” of shale reserves and advances in hydraulic fracturing technology, longer branches, more sand per foot. We all know what happened after that.

Now, it can be said that the price of $70 of WTI crude oil will change this dynamic, and I am not opposed to some extent. There is no doubt that drilling may increase. But the industry has changed over the last few years, with no ability to drill on more than 1,100 rigs and 450 fracturing facilities. Billions of dollars of equipment have been written down and scrapped due to capital constraints.

Employees have found new careers and are reluctant to return given the turmoil in the industry. The eventual decline in shale production became a “baked” reality due to the lack of investment and degradation of infrastructure facilities, equipment and personnel. The ship is too close to the dock to change this result in any meaningful way.

So far, we have mainly focused on shale gas wells, but it is necessary to quickly mention offshore production in this conversation. At sea, most deep-water wells will face the same aging “knife”, which are several orders of magnitude more expensive than shale wells, at least with only prior cost considerations. Because of their relatively low decline rate, they fall 6-10% a year, and over time, their decline is considerable. “Oil supply crisis warning”

What’s bigger, however, has been an easy place to cut or delay capital expenditure at sea, and the inventory of oil wells in the Gulf of Mexico on which we depend on about 1.8 million barrels of oil equivalent every day is rapidly aging. As of August 2013, there were 65 rigs looking for oil and gas in the deep water area of the Gulf of Mexico. By January 2021, this number had dropped to 11.

Some oil producing countries, such as OPEC+, have limited production over the past few years and have the ability to bring these barrels back. This will help in the short term and may delay the inevitable results, but ignore the more important point, that is, why global total production will enter an imbalance as early as next year.

The agency believes that large international companies such as Shell, Chevron and ExxonMobil are also unlikely, because they have all been severely criticized by the investment community and have not taken enough measures to recover carbon intensity at a faster rate than originally planned. There will be interest in funding new oil and gas projects just to fill the gap which cause Oil supply crisis warning.

The cumulative number of China-EU trains has exceeded 40,000