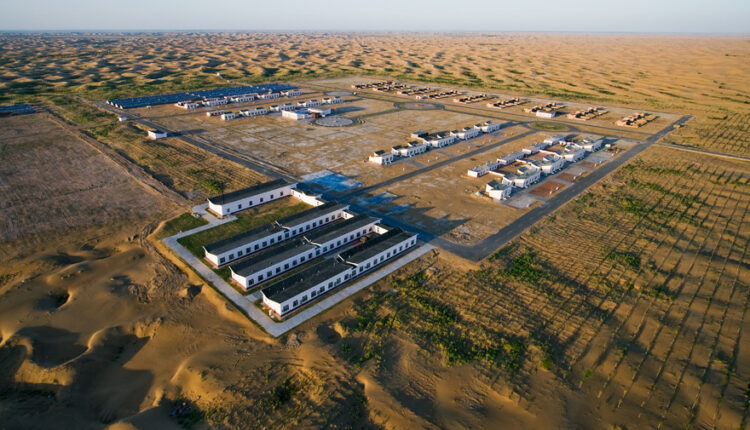 Africa renewable energy sector is at a crossroads. In the coming decades, the growth of energy demand on the African continent and the expansion of the energy industry will require a large amount of investment and necessary infrastructure to meet the balance of supply and demand.

The question is where these energy sources come from. Some people count on Africa renewable energy future, while others count on the African continent abundant natural gas reserves.

In the long history of human social development, rapid population growth has always been synonymous with Asia, especially the twin giants of China and India, whose total population exceeds one third (36%) of the world’s total population. However, Asia’s population growth rate has slowed down, Africa has begun to take the lead, and the economy will grow accordingly. In addition to the current production and imports of the African continent, more energy will be needed to meet its development needs.

Currently, about 600 million people living in Africa have no access to energy at all. Even in large cities, power outages and alternating power outages are common, so many places where electricity is available are only intermittent. In rural areas, it is even more difficult to have reliable and safe power supply. Usually, because the grid power supply is always intermittent and difficult to stabilize, many Africans rely on natural gas or diesel fuel backup generators, which is far from an environmentally friendly power supply alternative.

Why Egypt is the best country for renewable energy investments in Africa now?

Egypt now has all the factors leading to the success of any investments in renewable energy, such as:
1- Stability and future vision
2- Strategic location
3- Location and availability of renewable energy sources ( look at solar map also wind map )
4- Egyptian government support for renewable energy projects
5- Egypt is working to reach the goal of being an Energy Hub and export center
And many points, the most important of which is the location of Egypt itself, as it links Africa and Asia together and has distinguished agreements that allow it to export energy

Many African countries do not focus on how to meet their energy needs in a climate-friendly way, but do so through “any means” as much as possible. However, there are some exceptions. Countries such as Nigeria have 80% of their energy production capacity from natural gas, and they are planning to rely on natural and abundant fossil fuel stocks to provide energy for their ever-changing cities. Many people think this is a compromise between unclean fossil fuels and renewable energy, because natural gas burns cleaner than oil or coal.

Other African countries are turning to other renewable energy sources, such as wind and solar energy. For example, Ghana has achieved great success in using solar microgrids to power rural areas. Olusola Lawson, Africa renewable energy Infrastructure Investment Manager, said confidently in an interview with the BBC, “In the past ten years, solar prices have fallen by 80% and battery prices have fallen by 85%

Both have increased the attractiveness of the corresponding power supply methods. The most abundant resource is not oil or natural gas, but sunlight. Therefore, by 2050, about half of the new energy installed in Africa will be renewable energy.”

African local governments and companies are not the only organizations interested in the future of Africa energy — absolutely not. For many years, China, Russia and other foreign powers have been trying to gradually enter the African market. In fact, according to “Petroleum Price” reports, earlier last year, Russia and China had a confrontation over the development and dominance of nuclear energy in Africa, including: Russia forcibly pushed unnecessary or possibly unnecessary nuclear power plants.

Whether Africa will use clean energy to promote its sustained economic growth is a crucial issue for Africans and even people around the world. Just in August of this year, the United Nations and the Intergovernmental Panel on Climate Change (IPCC) issued a “red line for humanity” in a new landmark report, warning that it is necessary to deal with difficult problems caused by catastrophic climate change.

The opened window is currently being closed quickly. As far as the current situation is concerned, there is no possibility of reversal of the changes caused by mankind to the climate. Before this form becomes more complicated, the world urgently needs to curb fossil fuel emissions. Moreover, the fact that the African continent, which contributes the least to global greenhouse gas emissions, will be most affected by it is ironic and cruel, Africa renewable energy is a chance now.

Goldwind Technology is nugging the hundreds of billions of wind power market, worth ?