Another solar panel fire at Amazon warehouse, estimated damage of $500,000 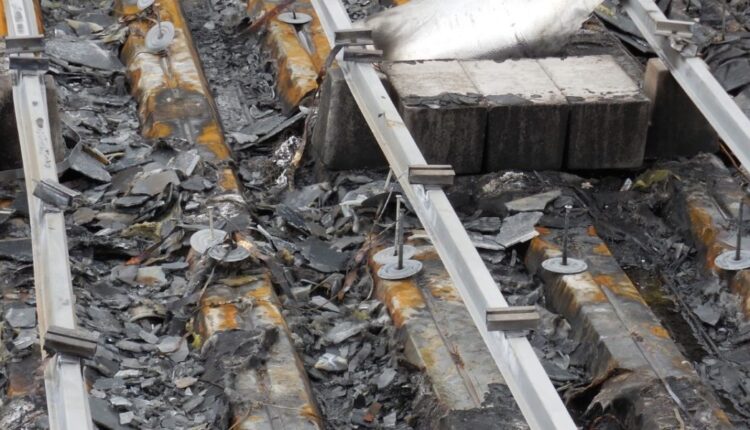 A fire broke out at the Amazon warehouse in Perryville, Maryland, USA, and the cause of the accident was more directly to rooftop solar energy. Susquehanna Hose Company, a fire company, said it estimated that the damage would amount to $500,000.
This is also not the first solar roof solar fire at Amazon Warehouse. In June 2018, a solar panel fire broke out on the roof of Amazon Warehouse in Redlands, California. In April 2020, 20 solar panels caught fire on the roof of Amazon warehouse in Fresno, California.

No one was injured in the fire accident, but according to the Susquehanna Hose Company, the damage caused by the fire was about $500,000. At present, the solar panel manufacturer has not been known, and the cause of the fire needs to be investigated again.

The company also pointed out that solar-related fire accidents have climbed year by year since 2015. Although the U.S. Fire Service (USFA) does not specifically list and pay attention to solar fire accidents, it records every year, indicating that the number of solar fire accidents in the United States has increased from 25 in 2015 to 56 in 2018, especially in the sunny southwest, especially California, Arizona, Nevada.

Solar panels convert sunlight into direct current, and then convert them from inverters to alternating current, and finally connect to feeders or for self-use. There must be more transmission and distribution equipment and lines, including bypass diode and solar inverters; problems may also occur in the photoelectric conversion process. For example, hot spots, cracks and yellowing will reduce the power generation, and damage solar cells and modules. If the above is not regularly checked or the key points are ignored, it will cause short circuits or fires.

Amazon, a member of RE100, the Renewable Energy Initiative, said that it will achieve 100% renewable energy by 2025. So far, it has invested 206 renewable energy investments, including 71 large wind and solar cases, as well as 135 rooftop solar energy equipment in classification centers and delivery centers. The reserve exceeds 8.5 GW.