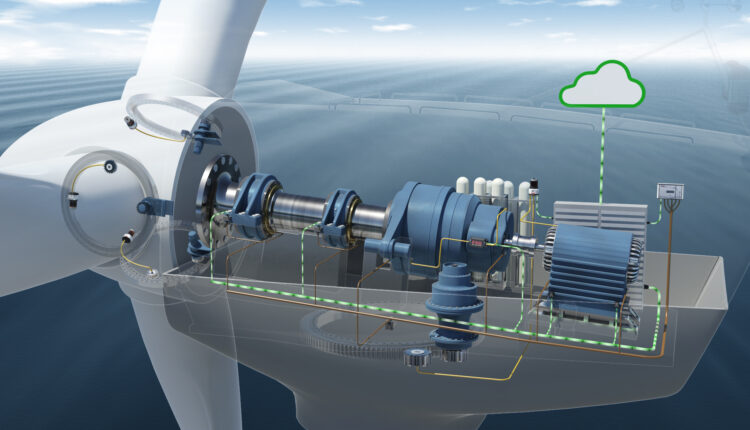 Proximity sensor in wind turbine : With the improvement of people’s understanding of the value of renewable energy use and the continuous progress of wind power unit manufacturing, control and other related technologies, wind power generation has developed very rapidly in the past decade.

A proximity sensor can detect metal targets close to the sensor without actual contact with the target. Its characteristics are: non-contact detection, which avoids damage to the sensor itself and the target; no contact output, long operating life; stable detection even in harsh environments with water or oil splash; fast response speed; small sensor, flexible installation; can be used as limit, count and positioning control in the automatic control system. and automatic protection link.

The yaw system of the fan is one of the indispensable components of the horizontal axis megawatt-class wind turbine. Its main functions are as follows:

(2) it has the yaw brake function and provides the necessary lock. Tight torque to ensure the safe operation of wind turbines.

(3) When the wind turbine is due to yaw action, the cables connecting the engine room to the electrical equipment inside and under the tower will be torsioned and wind, and the winding can seriously damage the cables. When the winding reaches a certain extent, the yaw system can automatically unwind the cable. That is, when the cumulative yaw in a certain direction reaches 720 degrees, the control system will start the automatic unwinding program to avoid the danger of the cable due to excessive new dens.

Two proximity sensor in wind turbine are installed on the outside of the large gear ring of the yaw bearing. Adjusting the back tighten nut can adjust the distance between the proximity sensor and the top of the yaw gear ring. When installing, the sensor sensor surface should be perpendicular to the gear plane.

The metal gears, tooth grooves and other moving parts of the measured gear ring pass through the front end of the sensor, causing the corresponding change of the magnetic field and making the output pulse signal of the proximity sensor different.

The main control system calculates the yaw angle by collecting the pulse signal and controls the unit’s yaw not exceeding 720 degrees to prevent the cable from being over winded. Through the signals sent by two proximity sensors on one left and one right, the main control system can determine the yaw rotation direction of the yaw system.

The fan transmission chain includes spindle components, gearbox, couplings, brakes, generators. The wind-blown wind turbine rotates through the spindle to the gearbox, and the low-speed shaft speed is converted into a higher generator speed through the gearbox.

Overspeed relay is a pulse evaluation system. It receives pulses from a proximity sensor at the low-speed axis, measures the pulse time interval, and calculates the input frequency. Compare this value with the set switch point and turn on the output according to the set parameters. An integrated frequency-current converter converts the input frequency into an analog signal.