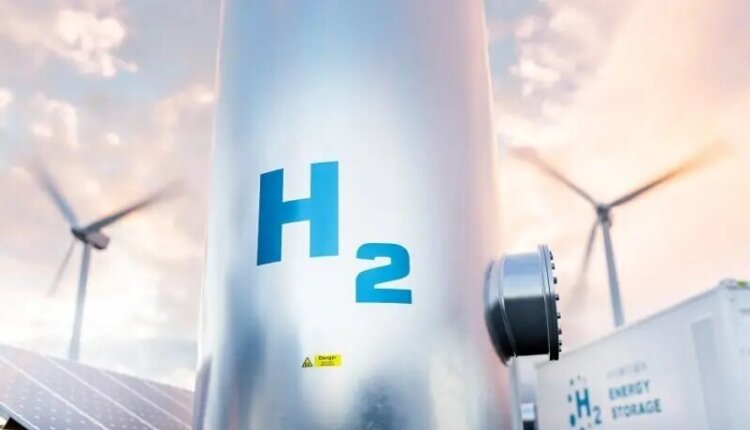 There are currently ten entries in the funding database under the new search term “Hydrogen funding, hydrogen hub funding … ” however, it is not currently possible to apply for funding from all of them.

The entries include two calls for funding from the Federal Ministry for Digital Affairs and Transport (BMDV) for which applications can currently be submitted. They subsidize renewable rail vehicles and infrastructure or pilot plants for the production of hydrogen-based fuels.

Funding for rail vehicles with hydrogen or electric drives

The BMDV has launched a funding program for rail vehicles with alternative drives. It supports vehicle procurement, the necessary tank and charging infrastructure, hydrogen production systems and feasibility studies. Depending on the subject of the grant, a grant of up to 80 percent is possible. Micro, small and medium-sized enterprises receive grants that are 20 or ten percentage points higher.

Development of fuels from green hydrogen

The BMDV’s call for funding “Biological methanation using CO2 sources from bioenergy production and green hydrogen at a central location for the production of regenerative fuel” is intended to help bring biological methanation to market maturity. This technology should be able to produce CNG and LNG fuels. The program subsidizes the construction and operation of pilot plants and the purchase of green hydrogen.

The program supports scientific monitoring to optimize and estimate the ecological and economic potential. The focus is on application-oriented projects. Therefore, in addition to universities, colleges and non-university research institutions, companies are also particularly addressed, for example from the areas of plant construction, component manufacture (electrolysis, synthesis processes) and fuel production and use.

Applications for the “HyLand – Hydrogen Regions in Germany” program can be submitted again from September 30, 2022. The next call for funding for the “Export Initiative for Environmental Technologies (EXI)” is scheduled for the turn of the year. There is no filter with which you can only display current programs from the outset.

Hydrogen promotion by the state of Baden-Württemberg

With the programs “Climate Protection and Added Value through Hydrogen (KWH2)” and the ERDF program “Model Region Green Hydrogen” there are also two offers from the State Ministry for the Environment in the KEA-BW funding database. However, the application deadline has already passed. The selected projects are to be implemented in the coming years.

Baden-Württemberg decided on its own hydrogen roadmap in December 2020. The country wants to become a leading location for hydrogen and fuel technologies. The implementation, monitoring and further development of the roadmap is carried out via the “Hydrogen and Fuel Cell – H2BW” platform. It is based at the State Agency for New Mobility Solutions and Automotive Baden-Württemberg e-mobil BW GmbH.

Other federal states also have their own Hydrogen funding programs, such as Schleswig-Holstein.

The EU has set itself ambitious goals in terms of climate protection. By 2050, it wants to become climate neutral and have completed the departure from fossil fuels. The Russian war of aggression in Ukraine has increased the pressure once again, as the EU states now want to become independent of Russian resources for energy production such as gas and coal as quickly as possible.

The EU sees a way to implement these goals in the use of hydrogen. In order to promote the development and expansion of the industry necessary for the production and use of hydrogen, the EU competition authorities have now approved that EU states may financially support this industry. This was announced by the EU Commission.

Specifically, it is about the “IPCEI Hy2Tech” project. This is intended to realize the production, storage, transport and distribution of hydrogen. 15 EU countries are behind this plan – and thanks to the commitment of the EU, they can now invest subsidies of up to 5.4 billion euros in the hydrogen industry.

The EU hopes that private investment in the Hydrogen funding sector will also increase with the state financial injections: The EU forecasts up to 8.8 billion euros in private subsidies that could be generated as a result of state support.” Hydrogen has enormous potential for the future,” stressed EU Commissioner Margrethe Vestager, responsible for competition.

Hydrogen is “indispensable” for “ecological change.” The prerequisite of the EU for hydrogen to be considered a clean energy source is that so-called green electricity is used in its production, which is thus obtained from renewable energy sources.

EU Internal Market Commissioner Thierry Breton also sees great future potential in hydrogen, with which thousands of new jobs could be created at the same time. Thanks to the hydrogen industry, about 20,000 new jobs will be created in the EU countries involved in the project, according to EU expectations.

What is meaning of Hydrogen Color’s ? 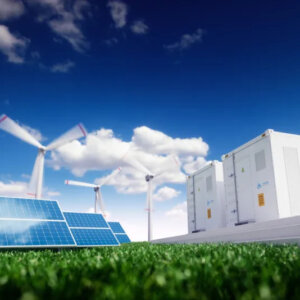 Hydrogen has many colors – depending on the type of production:

Green – Electricity from renewable energies is used for the electrolysis of water.

Turquoise – In the methane pyrolysis process, solid carbon is produced instead of CO2 and binds CO2 permanently.

Hydrogen funding aims to activate investment in the hydrogen energy sector and will invest in the construction of hydrogen energy production, circulation, storage infrastructure and research and development of key hydrogen technologies in South Korea. The fund plans to operate for 10 years, and the proportion of each company’s investment in the size of the fund has not yet been determined.

At the same time, the South Korean government plans to further increase financial support and relax controls to facilitate the smooth establishment of the Hydrogen Energy Fund. Policy financial institutions such as industrial banks will provide various financial preferences for projects and enterprises in which the hydrogen energy fund participates. Energy public institutions such as the Korea Electricity Commune will help small and medium-sized and backbone enterprises supported by the Hydrogen Energy Fund to develop and explore sales channels.

The Ministry of Industry of Korea will relax hydrogen-related projects and related new technologies. Control measures for research and development.

According to public information, in fiscal year 2021, the South Korean government spent nearly $702 million on hydrogen energy projects, an increase of 40% over 2020, and promised to invest $2.3 billion to establish a public-private hydrogen-powered fuel cell electric vehicle (FCEV) market by the end of 2022.

South Korean private enterprises have also played an important role in promoting investment in the hydrogen energy industry. Last year, five Korean conglomerates jointly announced that they planned to invest more than $38 billion in the hydrogen economy by 2030, providing not only financing, but also providing key expertise and technical guidance.

South Korea has always been at the forefront of the world in developing the hydrogen energy industry and Hydrogen funding.

In August 2018, the South Korean government designated the hydrogen energy industry as one of the three strategic investment areas.

In December 2021, South Korean Prime Minister Kim Fu-hyun presided over the fourth meeting of the Hydrogen Economic Committee and released South Korea’s first Basic Plan for the Development of Hydrogen Economy. The plan proposed that by 2050, South Korea’s hydrogen energy will account for 33% of the final energy consumption and 23.8% of the power generation capacity, becoming the largest energy source that surpassing oil.

According to the plan, by 2050, South Korea will only supply “clean hydrogen” such as green energy and blue hydrogen that reduces carbon dioxide emissions to the demand side of hydrogen.

The South Korean government also announced that it will expand hydrogen power generation and expand the production capacity of hydrogen-powered vehicles in addition to replacing fuels and raw materials used in production processes such as steel and chemicals. As an supporting facility, South Korea will establish more than 2,000 hydrogenation stations across the country by 2050.

In addition, the South Korean government also expects that through the implementation of the basic plan, it will generate an economic value of 1,319 trillion won, create 567,000 jobs, and reduce greenhouse gas emissions by more than 200 million tons.

Hydrogen funding is still a dilemma for the industry.

Frank O’Sullivan, managing director of S2G Ventures, an American investment company, said recently that although there is a strong interest in hydrogen energy in government and industry leaders, raising funds for hydrogen projects remains a challenge. Because different industries often have different expectations on how to construct financing and undertaking transactions, it increases the complexity of transactions. He believes that investors are interested in hydrogen energy, but many people are waiting for the results of the first round of trading.

There are many people who want to be the second in this industry, but someone must be the first.
Today, major countries around the world have made hydrogen energy a strategic development goal.

According to data from the International Energy Network, as of the first quarter of this year, China’s equity market invested about 13.61 billion yuan in hydrogen energy. Up to now, more than 30 companies, including IDG Capital, Kaihui Fund, Green Dynamic Capital and Shuimu Yide, have participated in investment in the hydrogen energy field.

At present, the participants in the hydrogen energy industry fund include state-owned enterprises, such as State Power Investment and CRRC Group; scientific research institutes, such as Tsinghua Sichuan Energy Internet Research Institute; universities, such as Ji University and China University of Geosciences; local governments, such as Wuhan and Suzhou and commercial institutions and private enterprises. The scale of various funds ranges from 10 billion yuan to 10 billion yuan.

In March this year, the Medium and Long-term Plan for the Development of the Hydrogen Energy Industry (2021-2035) was released, which mentioned that hydrogen energy is an important component of China’s future energy system, and industrial investment funds and venture capital funds are encouraged to support innovative hydrogen energy enterprises and promote the transfer of scientific and technological achievements in accordance with the principle of marketization. It supports qualified hydrogen energy enterprises to be registered and listed on the Science and Technology Innovation Board, GEM, etc.

Hydrogen hub funding Guohua Energy and other groups have set up more than 10 billion new energy investment funds, of which considerable and important investments have been invested in the hydrogen energy field.

Hydrogen funding attention to rise in China too.

National Development and Investment Corporation (SDlC), the China International Finance Corporation (ClCC) and provincial investment funds have played important role as investors, participating in many investments of more than $20 million.

Fuel cells are currently the main area for Hydrogen funding capital market financing, and the number of financing cases continues to increase, with a total of 27 in 2019 and 31 in 2020. The amount of single financing for domestic enterprises is mostly less than 500 million yuan. Industry leaders such as Dongfeng Automobile, Remodeling Technology, Guodian Hydrogen Energy Company, etc.

Can obtain billions of large financing, but small and micro enterprises and start-ups often receive tens of millions of RMB financing. For example, Hydrogentu Technology has received 30 million people in Series B financing. Coins and Qingneng shares are fixed to receive an additional 45 million yuan in financing on the new third board, and Hydrogen funding has become a hot topic in the capital market.