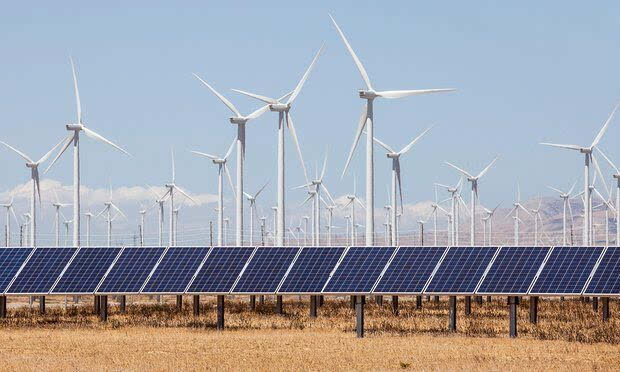 Ross Rolfe, CEO of Iberdrola, Australia, said that under the agreement, BHP Australia will become the main customer of PAREP, and the project will become Australia’s largest solar-wind hybrid power plant after it is put into operation in July 2022.

The agreement will include direct networking with PAREP power generation, which will combine 210MW wind energy and 107MW solar energy to produce renewable energy of about 900GWh per year, or enough to power about 18 thousand Australian households per year.

Iberdrola also operates Lake Bonney battery energy storage system at 25 MW/52 MWh in South Australia. Energoprojekt stated that about half of the power provided under this contract will come directly from PAREP. With the installation of the last wind turbine on site in September, it is expected to be connected to the grid in the next few months.

The contract also includes an “innovation” mechanism that BHP will obtain a certificate of large-scale power generation (LGC) of 100% of the contract load by 2025. The transaction also includes a retail agreement with Origin Energy, which will help to reach the plan.

“We have worked closely with BHP to customize these renewable energy supply agreements,” Rolfe said. The Olympic Dam will be the primary customer of Port Augusta Renewable Energy Park, demonstrating their commitment to local procurement and sustainable economic development.

Jennifer Purdie, president of BHP Olipic Dam Assets, said that the renewable energy supply agreement planned to be launched on July 1, 2022 will help achieve the company’s medium-term goal of GHG emissions from its operating assets in 2020. Reduce by at least 30% from the annual level.

The copper mine of the Olympic Dam plays an important role in supporting the global decarbonization and energy transition, because it is an indispensable product for electric vehicles and renewable energy infrastructure. Reducing emissions from the company’s operating business will further consolidate our position as a sustainable copper producer.

The latest deal was preceded by a power purchase agreement with Risen Energy earlier this year. The agreement provides renewable energy to the mining company’s Nickel West Kwinana smelter in Western Australia through its Merredin solar power plant. BHP Australia has also signed a renewable energy power purchase agreement with state-owned power producers and retailer CleanCo to supply part of the electricity it needs in the Queensland coal mine.

Dan Van Holst Pellekaan, South Australia’s energy minister, said the deal was another initiative in the process of providing cleaner and more affordable electricity for the country’s industry, business and households.

“The agreement highlights the decision-making power of BHP, Iberdrola and other companies to correctly allocate energy portfolios, including wind and solar power plants, grid-scale energy storage and fast-starting natural gas to provide cleaner and more reliable power,” he said.