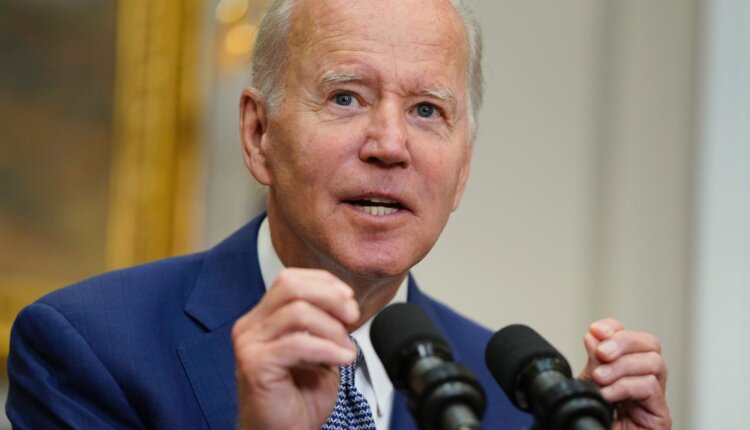 “I know that many disagree with my decision to travel to Saudi Arabia” Biden wrote in a guest post for the Washington Post published on Saturday. He will strive to strengthen the “strategic partnership” with Riyadh while remaining true to “fundamental American values.”

He takes a clear stand in defense of human rights. When he travels abroad, fundamental freedoms are always on the agenda, “including on this trip,” emphasized the US President. expected, on Friday he will travel on to Saudi Arabia.

Before he was elected president, Biden said the kingdom should be treated like a “pariah” state over the assassination of anti-government journalist Jamal Khashoggi.

After he took office, the US government released an intelligence report that said the Saudi Arabian Crown Prince and de facto ruler Mohammed bin Salman approved Khashoggi’s assassination in 2018.

Riyadh rejects this and assures that the Saudi Arabian perpetrators acted on their own initiative. In view of the global energy crisis caused by the Ukraine war, Biden recently changed his line towards the oil-rich state.

He is expected to urge an increase in Saudi Arabian oil production during his visit next week. Biden’s planned meeting with Crown Prince bin Salman, who will be part of King Salman’s delegation, in particular has provoked outrage from his critics.

“As President, it is my job to make our country strong and secure,” the US President wrote in the Washington Post. “We must confront Russia’s aggression, put ourselves in the best possible position to outperform China and work for greater stability in an important Region of the world,” he added. , stressed Biden. It was his goal from the start to “realign, but not break off” relations with the long-standing ally.