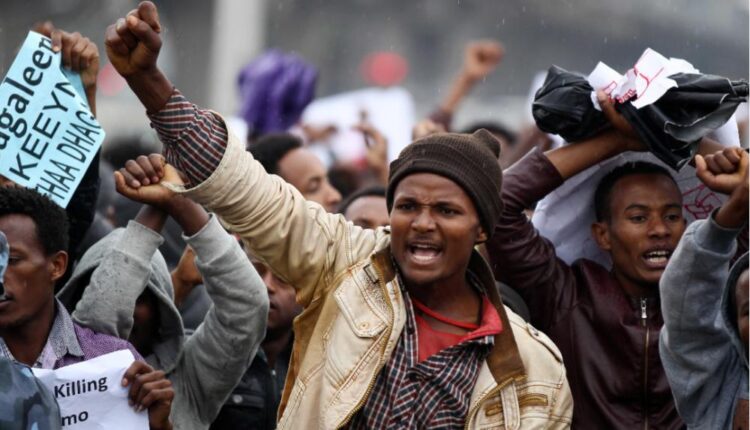 The British Foreign Office advised its nationals in Ethiopia to leave the country immediately, given the deteriorating security situation there due to the ongoing fighting between the government and the opposition, according to a Foreign Office statement.

After the British Foreign Office advise, It is reported that British Member of Parliament Vicky Ford wrote on Twitter: The security situation in Ethiopia is deteriorating, we are now advised against travel to the entire country, except for Bole Airport which remains open for departures and connecting flights, British citizens in Ethiopia should leave now while flights commercially readily available.

Foreign embassies in Addis Ababa continue to call on their nationals to leave the capital, after the Tigrayan forces became at the gates of Addis Ababa, threatening to enter it and topple Prime Minister Abiy Ahmed, and today the Canadian government announced the withdrawal of the families of Canadian embassy employees and non-essential employees from Addis Ababa.

The Canadian Foreign Ministry issued a statement saying: “The situation in Ethiopia is rapidly evolving and deteriorating… The safety of Canadians is one of our top priorities, and as a result, the decision has been taken to withdraw all family members of embassy staff as well as non-essential Canadian employees from Ethiopia.”

“We encourage all Canadians in Addis Ababa to check our travel advice and tips frequently, and to register with the Register of Canadians Abroad,” the statement added.

The Ministry of Foreign Affairs confirmed that the Canadian Embassy in Addis Ababa is open, and consular staff are ready to assist Canadians who need emergency assistance.

Washington and South Korea, in addition to Saudi Arabia, Kuwait, Jordan and Lebanon, called on their nationals to leave Addis Ababa immediately.

The anti-government Ethiopian Tigray Liberation Front announced that it is advancing south and away from Addis Ababa by only 270 km, and said, “If Abiy Ahmed does not leave, we will advance to the capital, Addis Ababa,” according to Al Arabiya. The front added, “There will be no bloodbath if we enter Addis Ababa.” “.

Meanwhile, the Commission for Political, Peace and Security of the African Union held, on Monday, an emergency session to discuss the developments in northern Ethiopia.

The Oromo Liberation Army and the Tigray People’s Liberation Front had threatened to advance towards the Ethiopian capital, Addis Ababa, and bring down Abi Ahmed, whom they accused of committing heinous crimes and massacres in the Ethiopian region of Tigray.

Otherwise, 9 Ethiopian groups signed an agreement to create a new coalition against Abi Ahmed’s government aimed at a political transition period after a year of devastating war, according to the American Associated Press.

The UN Security Council expressed concern over the escalation of fighting in Ethiopia, calling on the parties to start negotiations to stabilize stability. It also called for an end to the fighting and the start of talks for a permanent ceasefire, and to “stop hate speech and incitement to violence and divisions.”

The African Union has said that there is little chance of ending the fighting in Ethiopia, and the African Union’s envoy for the Horn of Africa, former Nigerian President Olusegun Obasanjo, and the United Nations political affairs coordinator Rosemary DiCarlo, briefed the UN Security Council.

Speaking from Ethiopia, Obasanjo said that by the end of the week “we hope to have a program that shows” how they can allow humanitarian access and a troop withdrawal that satisfies all parties.

Obasanjo told the 15-member Security Council, “All these leaders here in Addis Ababa and in the north individually agree that their differences are political and require a political solution through dialogue.”

But Obasanjo stressed that “the opportunity we have is slim and the time is short.”

Omicron variant of COVID-19 named B.1.1.529 was detected in South Africa. This variant contains a large number of …
News