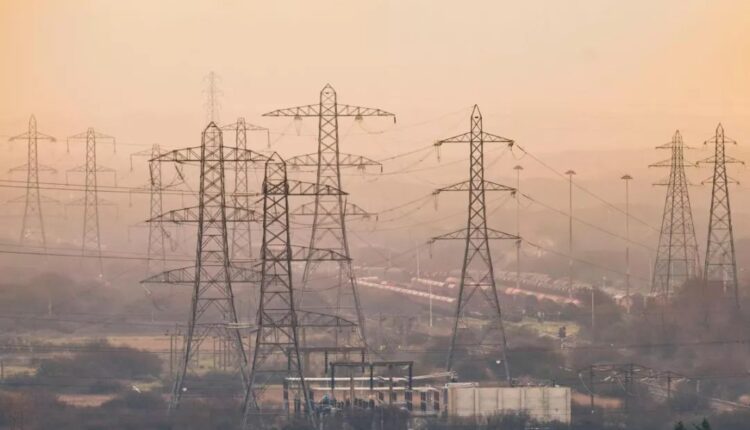 British Power Company warned that the risk of power outages in British factories and homes this winter has increased.

The British “Guardian” quoted a report from the National British Power Company on the 7th that although the power system has sufficient reserves, the current situation is worse than the July forecast, partly due to a fire on a submarine high-voltage cable imported from France.

British Power Company : It is estimated that the power supply via the cable will resume at most half of the time until March next year.

The British Power Company said that the reserve power supply is expected to meet 6.6% of demand; but this number may drop to 4.2%.

In addition, the closure of natural gas power plants due to rising wholesale prices of natural gas and the decommissioning of two nuclear reactors are also reasons for the shortage of electricity this winter.

The Guardian reported that since the beginning of this year, 12 power suppliers have closed down, and it is expected that more suppliers will be in desperation by the end of the year.

The National Electric Company of the United Kingdom said that the United Kingdom will have to import natural gas at a higher price than continental European countries. This means that electricity prices are under further upward pressure.

Some small power suppliers have been criticized for their high-risk business models. The so-called “high risk” refers to the failure to properly hedge against the risk of natural gas price increases.

The UK Ministry of Commerce, Energy and Industrial Strategy is weighing measures to reduce its dependence on natural gas. Prime Minister Boris Johnson promised this week that the UK will stop using fossil energy to generate electricity by 2035.

Natural gas prices have generally risen in Europe, but they have risen especially in the UK.

Britain’s energy prices will “rise up sharply” again next spring

The regulator’s chief executive Jonathan Brierley said that due to the “unprecedented rise” in natural gas prices, the upper limit of energy suppliers’ unit energy prices had to be raised again.

It is understood that the UK energy price ceiling is revised twice a year, and the next price adjustment window will be in April next year.

Recently, due to the emergence of energy shortages, the price of natural gas in the UK has hit a record high. Last month, nine energy companies closed down, forcing approximately 1.7 million customers to find new gas suppliers.

The prices of natural gas and electricity in Europe have soared, people are rushing to buy gasoline at gas stations, and energy suppliers have closed down.

Recently, frequent anomalies in the European energy market have raised energy supply alarms. Analysts pointed out that the European market is facing the resonance of supply constraints, rising demand, insufficient inventory, and energy transition. It may be difficult to get rid of the tight energy supply situation in the short term, which may affect the process of economic recovery.

After a long winter last year, and welcoming this year’s high heat and summer heat, the level of European energy reserves has dropped to a historically low level. According to data from the European Natural Gas Infrastructure Association, the current European regional natural gas inventory is only 74.7% of the full-load level, which is the lowest level in more than 10 years, and winter energy reserves need to be replenished urgently.

This summer, the low wind and hydropower generation in Europe has helped to a certain extent continue to rise in energy prices. After the deregulation of the epidemic, the economic recovery stimulated energy demand and further aggravated the imbalance between supply and demand.

In addition, in response to climate change, European countries have strengthened the management of carbon emissions and formulated corresponding emission reduction targets, which has increased the demand for low-emission energy, and the contradiction between supply and demand has become more tense.

Analysts pointed out that it is difficult for Europe to get rid of tight energy supply in the short term, and energy prices will remain high. Recently, European natural gas prices have risen sharply, and electricity prices have climbed to their highest levels in more than a decade. Among them, the electricity prices in Germany and Spain in September are about 3 to 4 times the average price in 2019 and 2020. According to data from Spanish energy operators, electricity prices in Spain rose to 288.53 euros per MWh on October 7, more than double the approximately 120 euros at the beginning of September.

Rising energy prices intensified market concerns about inflation and the process of economic recovery in Europe. Preliminary statistics released by Eurostat on October 1st showed that the inflation rate in the euro zone in September reached 3.4% annually, a 13-year high. Among them, energy prices rose by 17.4% year-on-year, which was the main reason for pushing up inflation.

Analysts pointed out that with the advent of winter, Europe is facing continued increases in energy prices, and shortages of natural gas, coal, and electricity will spread to more areas, which may force factories to adjust production plans or even shut down, which will have an impact on the supply chain. At the same time, rising energy prices are turning into high inflation, affecting consumer confidence.

According to data from the Flemish Electricity Regulatory Authority of Belgium, the current average gas bill that a family must pay has risen to more than 1,500 euros per year, which is nearly 500 euros more than before the new crown epidemic. The annual electricity bill of the average household in Italy this year is about 631 euros, a year-on-year increase of 30%.

Recently, high energy prices have aroused widespread concern at the EU level. The Euro Group held a meeting a few days ago to focus on energy issues. Eurogroup Chairman Pascal Donohue said that high energy prices are having an impact on the economy and society. It is necessary to monitor changes in energy prices, protect the interests of vulnerable households and small and medium-sized enterprises, and ensure that energy problems do not affect the process of economic recovery in Europe.

Many European governments are working hard to reduce the impact of rising energy prices on consumers and small and medium-sized enterprises by means of price restrictions, subsidies, and tax cuts. The British government has convened talks with several of the country largest natural gas supply and operating companies, and will also assign companies to take over the users of small energy companies that have closed down, the French government announced a price limit on natural gas prices and will cut taxes from February 2022 to 2023. The upper limit of electricity price increases in February of 2009 was controlled at 4% the Italian government has allocated billions of euros as subsidies to related companies.

When Natural Gas prices will go down and Normal again?

Analysts believe that the recent European “gas shortage” situation is expected to be alleviated to a certain extent after the “Nord Stream-2” natural gas pipeline project is fully ventilated.

On the 6th October 2021, the Russian government expressed its intention to stabilize the global energy market through exports, and international natural gas prices began to fall.

At present, Gazprom has begun to inject gas into the first branch of “Nord Stream-2″, and the installation and commissioning of the second branch is in progress.

The French Energy Regulatory Commission predicts that natural gas prices in Europe will continue to remain high this autumn and winter, and they are expected to improve in the spring and summer next year and return to normal levels in 2023.

Rivian strong rival of Tesla will produce its own batteries, A new factory is under preparation 2022