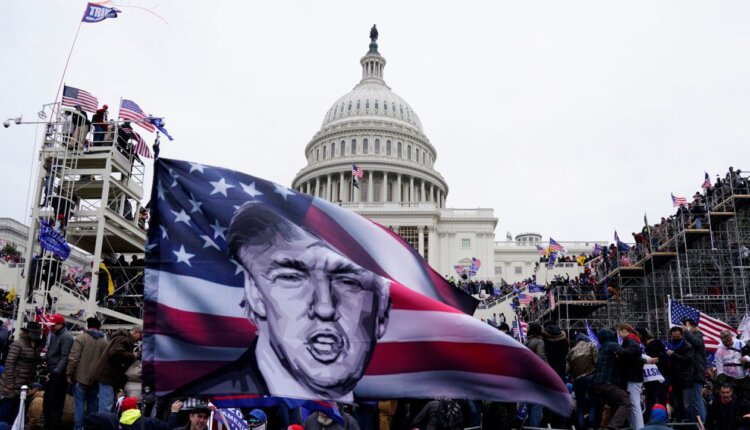 Former US President Donald Trump said on a radio show on Thursday evening, that he supported some supporters (Capitol rioters) involved in the storming of Congress on January 6, 2021 were, financially.

If he were re-elected to the White House, he would also consider their pardons. “I mean a full pardon with an apology to many,” he said.

These are incredible people who were in my office just two days ago. It’s a disgrace what was done to them,” Trump said, without naming specific names.

Trump is not ruling out running for president again in 2024. The support of his supporters, who were involved in the storming of Congress, could be essential for a possible candidacy.

Capitol rioters, Thousands of Trump’s supporters stormed the US Capitol in January 2021 after he refused to admit his electoral defeat in a speech and described it as fraud.

Around 850 rioters had been arrested for offenses related to the attack, and more than 250 for obstructing law enforcement. About 370 of them have already pleaded guilty to their crimes.

A former police officer has just been found guilty of the Storming of the US Capitol sentenced to ten years in prison. It is the harshest punishment of all accused attackers so far Capitol rioters.

The sentence against former New York police officer Thomas Webster was handed down on Thursday by a court in the capital Washington , the US Department of Justice announced. The 56-year-old ex-cop and former Marine had hit a police officer with a metal flagpole during the Capitol storm and later threw him to the ground.