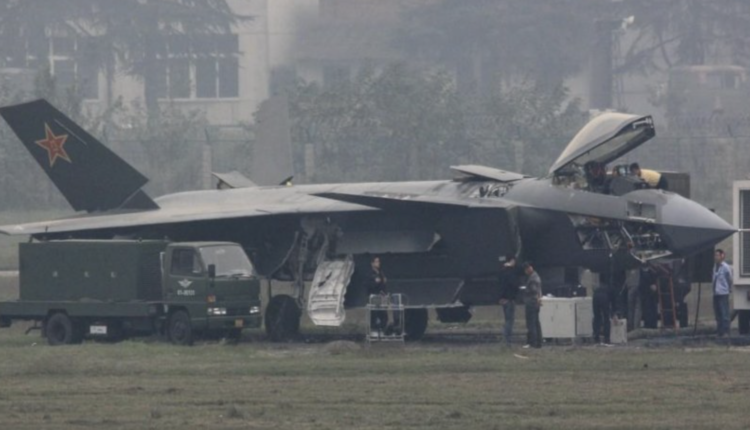 The Air Force announced today (18th) that the new generation of domestic stealth fighter J-20 is equipped with many heroic troops of the China Air Force.

On the morning of the 18th, over the former site of the first aviation school of the Air Force, the old Northeast Air School, J-20, J-16, J-10

Other multi-type fighters expressed their blue sky feeling of “fighting against the party in a long and hollow heart” in a combat posture. Subsequently, the Standing Committee of the Party Committee of the Air Force and representatives of officers and soldiers of the Air Force reviewed the history of the Party and army and engraved the original mission at the former site of Mudanjiang, the old Northeast Aviation School and the Dandong site group of the volunteer air force to resist U.S. aggression and aid Korea. The J-20 fighters in the roaring sky came from the “strong army vanguard flight brigade” of an air force aviation brigade awarded the honorary title by the Central Military Commission. It is the first batch of heroic flight brigades formed, first to participate in the war and won the People’s Air Force. The predecessor of his army flew from the old aviation school in the northeast to the blue sky and to the battlefield. He fought bravely and made many achievements in the air war against U.S. aggression and aid to North Korea and the air defense of the land and air defense. It has achieved a glorious record of shooting down 92 enemy aircraft, creating many firsts in the history of New China’s air warfare.

Air Force J-20 Fighter Pilot Shi Yunjia: Our army is the first air combat force created by the party. In the case of only a few dozen hours of flight, the older generation of pilots flew to the battlefield and bravely fought against the strong enemy. In the spirit of “bab in the air”, they played the national prestige and created “fighting bravely and invincible”. “The winning gene. Today, our army has flown on the most advanced domestic fighters. We should practice harder and refine our confidence and determination to win, and live up to the ardent expectations of the Party and the people for us.

Air Force J-20 fighters continue to line up heroic troops such as the “Wang Hai Brigade” and the “strong army vanguard flight brigade”. Practical training has gradually begun, and the pilot talents have grown steadily. In the new era of military training and preparation for war, they constantly temper the loyalty and courage of “Bayak in the air”, constantly crack the winning code of information air warfare, and constantly challenge “invisible new threats”.

Air Force J-20 fighter pilot Zhang Hao: Especially after the emergence of the J-20, the requirements for pilots and people have also changed qualitatively. Now it is emphasized that pilots are more learning ability, embrace change, and have a much greater ability to obtain and judge information than before. It is always a combination of people and equipment. One plus one must be greater than two. The country’s heavy weapon has a heavy responsibility.

In recent years, the air force of the Air Force, represented by the “strong vanguard flight brigade” and “Wang Hai Brigade”, has patrolled the East China Sea, fought in the South China Sea, went out of the West Pacific, and cruised around the island. It has flown routes that have not flown in the past, and reached areas that have not been visited in the past. The winning ability has been comprehensively improved, which is conducive to the Air Force to better maintenance. National sovereignty, security and development interests provide space-high power support for the realization of the Chinese dream of strengthening the army.