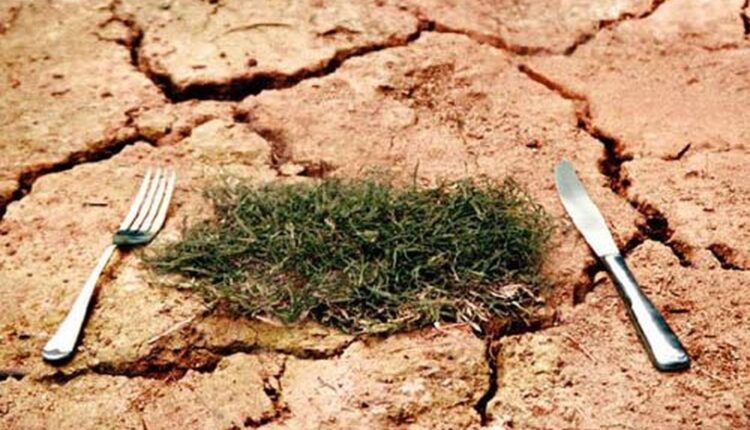 Food Security, The National Environmental Information Center of the National Oceanic and Atmospheric Administration of the United States recently announced that July 2021 will become the hottest month since the world has recorded weather observations.

Under the influence of climate change and extreme weather, the problem of global food security has become increasingly prominent in recent years; however, for countries and populations of different economic conditions, the actual impact caused by it is not the same-the new “inequality” , Is being staged quietly.

Accompanied by record-breaking high temperatures are frequent extreme weather phenomena and natural disasters in many parts of the world: continuous heat waves in North America, heavy rains in many European countries, rare low temperatures in Brazil, and forest fires in many countries in the northern hemisphere…

The beginning of summer this year, Russia, the United States and Canada, the main wheat producing countries in the world, have all been hit by extremely dry weather.

According to the latest forecast of world cereal production released by the Food and Agriculture Organization of the United Nations, the forecast for July was slightly lower than that in June to 2.817 billion tons, mainly due to the continuous dry weather.

At the beginning of this year, Brazil suffered the worst drought in decades, causing many crops to lose harvest. Since July 20, Brazil has been affected by severe cold weather again, and the temperature once dropped below 0°C, a record low in nearly 25 years.

Sudden cold snaps and frosts caused the death of crops in many major coffee beans producing areas, and also affected crops such as sugarcane and corn in central and southern Brazil.

The recent heavy rains in Western Europe have affected the harvests of crops such as barley and wheat that mature in summer. In addition to yields, agricultural experts are more worried that rain will cause crop diseases and affect the quality of crops.

The United Nations Intergovernmental Panel on Climate Change, the Food and Agriculture Organization of the United Nations and other institutions issued reports that since 2009, the probability of extreme weather phenomena such as drought and high temperature is much higher than that in the 1980s and 1990s, which has severely affected the global food supply.

According to research results released by Finnish scientists not long ago, if greenhouse gas emissions continue to rise at the current rate, one-third of global food production will be threatened by the end of this century.

The extreme weather triggered by global climate change has severely hit crop yields and pushed up food prices. This has a particularly serious impact on low-income countries and populations, and may even endanger the survival of many people.

The global food price index for May previously released by the United Nations rose 40% from a year ago, reaching the highest level in the past 10 years. Bloomberg analysis pointed out that drought, floods and severe cold weather threatened food production, which may further push up future food prices.

The “State of Food Security and Nutrition in the World” report released by the United Nations in July shows that in 2020, about one-tenth of the world’s population will face the predicament of undernourishment. Among them, 418 million people face food shortages in Asia and 282 million in Africa.

According to the report, affected by factors such as conflict, climate change, and economic recession caused by the new crown epidemic, global hunger levels have risen sharply, and one-fifth of the world’s children are stunted. The number of people affected by chronic hunger will increase in 2020 more than the previous five years combined, 161 million more than in 2019.

The United Nations Food Program warned that an “imminent disaster” is imminent, and about 34 million people worldwide are on the brink of famine.

The organization pointed out that climate change is the main reason for the sharp increase in the number of hungry people, and emphasized that the trend of rising food prices is intensifying.

The Food and Agriculture Organization of the United Nations, the World Food Programme, and the International Fund for Agricultural Development and other United Nations agencies, in the previously jointly released “The State of Food Security and Nutrition in the World 2021” report, regard climate change as one of the important factors that induce the global food crisis. First, it is believed that the frequent occurrence of climate disasters has increased the difficulty for the international community to achieve the goal of “zero hunger” by 2030.

According to data released by the International Grains Council not long ago, global wheat export prices have risen by 46% this year. Wheat is the raw material of bread and other major foods. Affected by the sharp reduction in wheat production and the sharp rise in prices, American food processing and baking companies have passed on price increases to consumers.

According to reports, the latest fiscal year data of the American food merchant Cargill disclosed that in 2020 when global food prices are rising, the company’s net profit will reach nearly $5 billion, a record high in the company’s 156 years of establishment.

Some analysts believe that in the food security crisis caused by climate change, the inequality in different countries and regions around the world and within regions will be further magnified.

According to estimates by the Food and Agriculture Organization of the United Nations, climate change has cost the world an average of nearly 170 billion U.S. dollars per year. When it comes to agriculture specifically, climate change affects the national income of countries that rely on agricultural products as their economic pillars (mostly developing countries) on the one hand, and also affects the global food supply chain and food trade on the other.

Faced with the inequality in food security that is exacerbated by global climate change, the Food and Agriculture Organization of the United Nations calls on governments and businesses to work together to prevent “systemic risks” from food problems.

A Bottle Of Water At Kabul Airport Sells For 39 $, Prices Steady Soaring

The US Department of Energy may purchase Nvidia super computers: due to delays in delivery of Intel equipment