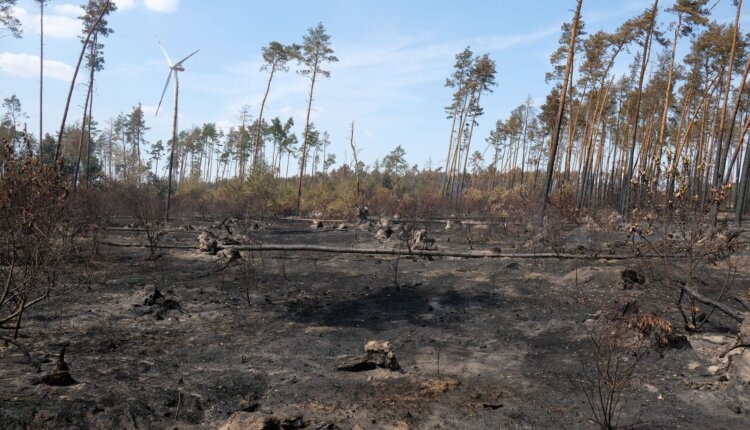 Catastrophe of the Climate change According to Climate researchers, in the worst case it could lead to human extinction.

An international team writes in the “Proceedings” of the US National Academy of Sciences (PNAS). Authors for more prudent risk management and more research on the worst possible consequences of global warming.

The world must start preparing for end-times scenarios caused by climate change. “There is ample evidence that climate change could reach catastrophic proportions,” write the scientists, including the former and one current director of the Potsdam Institute for Climate Impact Research (PIK ), Hans Joachim Schellnhuber and Johan Rockström.

Despite 30 years of effort, man-made greenhouse gas emissions have continued to rise. “Even discounting the worst-case scenario of climate change, the world is on track to experience a temperature increase of between 2.1 and 3.9 degrees by 2100.” not sufficiently studied so far.

The Climate researchers focuses on scenarios in which the consequences of climate change are moderate. “Facing a future of accelerated climate change without considering the worst-case scenarios is naïve risk management at best and fatally foolish at worst,” it says “relatively far away”.

“But before that there are gradations,” said the expert, who was not involved in the article. “It is quite likely that whole parts of the country and countries are no longer habitable.”

In their article, the researchers write about the expansion of areas with extreme heat – that is, an annual average temperature of over 29 degrees Celsius. Around 30 million people in the Sahara and on the Gulf Coast are currently affected. According to the Climate researchers team’s modeling, two billion people could live in such areas by 2070. This shows how complex climate consequences could be.

“By 2070, these temperatures and the social and political consequences will directly affect two nuclear powers and seven high-security laboratories housing the most dangerous pathogens,” says co-author Chi Xu of China’s Nanjing University. “There is a serious potential for catastrophic consequences.”

The scientists therefore advocate including more complex connections in future risk assessments. They warn of a “risk cascade” in which individual consequences of climate change trigger further problems. For example, heat and uninhabitable areas could lead to migration, social unrest and international conflicts.

“We are increasingly understanding the interaction and interactions of climate change and other areas such as biodiversity , economy or food production,” says Daniela Jacob, director of the German Institute for Climate Services (GERICS), who was not involved in the article.

“Now we are so far that we can compile this knowledge and thus generate important findings for the survival of the earth system.” The consequences of climate change are particularly dangerous with regard to tipping points, the Climate researchers write.

These threshold values ​​are comparable to a cup on a table: If you push it towards the edge, nothing happens at first – until it reaches a tipping point where it crashes.,In the case of climate change this means: the melt in an ice region reaches a point where she can no longer be stopped. Once regions of ice have melted, the ice is gone for the time being. This is particularly dangerous if one tipping point leads to another.

According to the authors, the Intergovernmental Panel on Climate Change (IPCC) has not yet sufficiently dealt with the possible catastrophic consequences of climate change. None of the IPCC’s 14 special reports deal with extreme or catastrophic climate change. According to the authors, they should be included in the next report.

Jacob, who was lead author of an IPCC special report, also supports this. “I think that’s right, because it does two things: On the one hand, a special report collects the state of knowledge on the subject. It shows whether we know enough or have gaps,” she says. “And on the other hand, this analysis triggers research.” It is questionable whether such scenarios should be discussed outside of science. “It’s a step too early for me,” she says.

“In dialogue with the public, you won’t get any further with such end-of-the-day scenarios if you don’t yet know what exactly can happen, when that could happen and what you have to do to prevent the worst.” Höhne counters important to educate people about worst-case scenarios. “We have to clearly communicate what the risks are. And on the other hand say: We still have it in our hands,” says the researcher.”

We know how to do it, we have the technologies and we know the political measures. It’s not even expensive, it’s even cheaper in the long run to do something about climate change.”