Not Only Critical Chips Shortage, battery Shortage expected for at least next 5 years 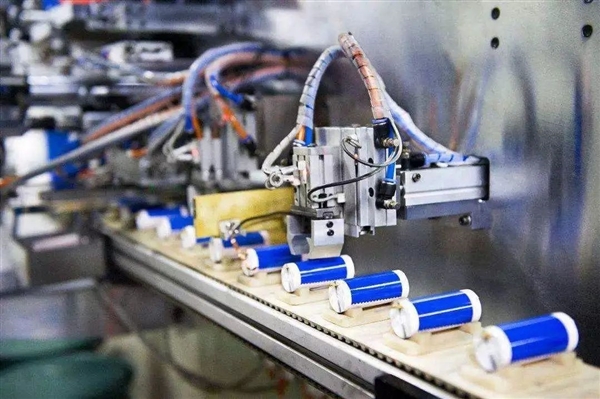 The chip shortage is a nightmare for the entire automotive industry 2021, Battery Shortage not start yet.

Battery Shortage? According to current estimates, the global automobile production reduction caused by the chip shortage in 2021 will reach 810 million, with an economic loss of more than 6000 billion yuan. At present, the most optimistic estimate is that the chip shortage will not ease until at least the second quarter of 2022. If the epidemics in Malaysia and Thailand occur again, the shortage will continue until the end of 2022.

In this round of chip shortage, the most affected is the traditional large vehicle factory. Enterprises focusing on the manufacturing of new energy vehicles generally perform well, and the rise in the sales of new energy vehicles against the trend has also become an important trend in the entire automobile industry this year, But every new energy vehicle factory is also walking on thin ice, because they not only have to face a chips shortage, but also a shortage of power batteries, which has also become an important factor affecting production, so that the saying of “battery shortage” has been constantly reflected in the newspapers in the past two or three months.

After investigation by the reporter of Caijing Eleven, it was found that the supply was in Battery Shortage, but it was far from the level of chip shortage. However, the supply of batteries will exceed the duration of the chip, and the power battery shortage will be at least the next 5 years.

In addition, in the recent battery market, it is not battery manufacturers who enjoy dividends because of oversupply, and upstream raw material and equipment suppliers have received the vast majority of dividends. Whether it is the rise in raw material prices or the favor of the capital market, upstream enterprises are the biggest beneficiaries of this round of power battery market.

After in-depth exchanges with many industry figures, Caijing Eleven believes that if you want to really laugh to the end in this round of power battery feast, whether it is battery enterprises or upstream supporting enterprises, they need to make achievements in high-quality, low-carbon or even zero-carbon production, and global layout of local production, otherwise You can make profits in the short term at present and face the risk of being quickly eliminated.

It’s not battery shortage, it’s a lack of good battery.

According to BloombergNEF’s latest forecast in June this year, the global demand for power batteries will reach 2700GWh by 2030, an increase of 35% compared with the forecast for the same period last year, compared with the installed capacity of 137GWh for lithium batteries worldwide in 2020 Over the year, it will increase nearly 20 times. The biggest increment comes from the power battery of passenger cars.

But even if it has increased by 35%, many industry insiders still think that the current forecast is conservative. Li Jinyong, president of the New Energy Branch of the All-China Federation of Industry and Commerce Automobile Dealers Chamber of Commerce, believes that the most optimistic predictions about the growth rate of new energy vehicles may be conservative now. In 2021 and 2022, China new energy (5.400, 0.16, 3.05%)car sales must have exceeded 600 million, which is more than the sum of the past decade. Once the market breaks through a threshold, the subsequent growth rate will far exceed previous market expectations.

At present, many research institutions are significantly increasing the sales expectations of China new energy vehicles EV in 2025 and 2030. The forecast for 2025 is generally about 800 million, compared with about 1600 million in 2030. If calculated in these two numbers, the power battery for bicycles will need at least 500GWh in 2025 and not less than 1000GWh in 2030. Based on the current data that automotive power batteries account for 70% of the total power batteries and the Chinese market for 40% of the world, the global market demand for power batteries will exceed 3500GWh by 2030. “Battery Shortage”

Whether it is BloombergNEF’s forecast data, figures based on electric vehicle EV sales expectations, or the potential impact of lead-acid substitution, it shows that market demand for power batteries will increase by at least 20 times or even more in the next 10 years. Such rapid growth is caused by The root cause of Battery Shortage.

Although demand is growing vigorously, in fact, the overall production capacity of the industry can meet market demand. According to BloombergNEF, global demand for power batteries will be about 1200GWh by 2025, while the global battery capacity is expected to exceed 2000GWh during the same period, with sufficient overall production capacity. There is indeed a partial gap in battery supply, but the possibility of battery shortage is extremely low.

So why are car companies so worried about the battery supply? The main reason is that the high-end production capacity is insufficient. In the battery industry, automotive power batteries are high-end products with the highest technical level and the most demanding production requirements. At present, the structure of the global battery manufacturing industry is low-end overcapacity and insufficient high-end production capacity. Whole car companies complain that they can’t get batteries. In fact, it’s not that there are no batteries on the market, but that they don’t have good batteries that meet the standards for vehicles.

This is also the reason why head battery companies have expanded production rapidly over the past year. The capital market has also given strong support to the expansion of battery enterprises. Whether it is the Tianquantial increase of 20 billion yuan and 582 billion yuan in Ningde Times (525.730, 23.22, 4.62 percent)last year and this year, or the two consecutive rounds of financing of AVIC Lithium Power exceeding tens of billions of yuan, it shows that Wallets in this market are supporting the rapid expansion of production by head battery enterprises.

However, the attractiveness of battery companies to the capital market has declined recently, because in the boom of lithium battery growth, there is another better investment target than battery factories, upstream raw materials and processing equipment enterprises, chips shortage or battery shortage both affecting car sector.

Among the raw materials related to lithium batteries, lithium hexafluorophosphate is recognized as a hot in the market this year. From 7 thousand yuan per ton in the same period last year, it has risen to 45 thousand yuan per ton, and this price is only for major customers who have signed long-term supply agreements. Spot goods cannot be bought at all in the market. The market transaction price of a small number of spot goods has exceeded one million yuan per ton, and some enterprises will even sell it by gram.

In the past, lithium hexafluorophosphate accounted for less than 3% of the raw material cost of lithium batteries, but this year it has exceeded 10%. Taking Doverdo (SZ.002407), which sells lithium hexafluorophosphate as its main business, as an example, the performance report for the first half of 2021 shows that profits increased by 1859.97% year-on-year under the premise of a year-on-year increase of 67.68% in revenue so when Battery Shortage start?

The reasons why capital markets are optimistic about upstream enterprises are not complicated. Zhao Weijun, president of Vision Power China, said that power batteries are not standard products now. Mainstream car companies will require batteries to adapt to models, customize production, a production line, or even a factory only serve one or two customers.

However, the new energy vehicle market is still in the early stage of development. Although the overall growth rate is certain, there is uncertainty about whether a single product can succeed. If the sales of the models adapted by battery enterprises are insufficient, even if the production line is modified to produce other models of batteries, it will cause huge losses to battery enterprises.

There is no such uncertainty in upstream enterprises. Raw materials are highly standardized industrial products. As long as there is an increment in the whole market, it will definitely be realized for the development and growth of each enterprise, which is the main reason why the capital market is more optimistic about upstream enterprises.

Since the beginning of the year, the stock prices of 17 listed companies in the field of raw materials and manufacturing equipment have increased by more than 100%. The common feature of these companies is that the year-on-year increase in profits in the first half of 2021 far exceeds the increase in revenue which would lead to Battery Shortage.

However, in the long run, the supply of raw materials for power batteries can be alleviated. According to the reserves, mining difficulties, manufacturing difficulties and prices of different raw materials, the whole battery industry is making real-time adjustments. For example, lithium iron phosphate batteries with more abundant materials and lower prices have rebounded sharply in the past two years, and BloombergNEF’s share of lithium iron phosphate batteries is expected to increase significantly to 53% in 2030 from 23% last year.

According to BloombergNEF’s expectations, the demand for copper, aluminum, lithium, nickel and other elements will increase by more than 4 times, and the demand for phosphorus, paste and manganese will increase by only 50% in the next decade due to the development of low-cobalt and cobalt-free battery technology, more than 5 times. However, in general, there is no fatal shortage of various raw materials good to avoid Battery Shortage.

Starting from last year, battery manufacturers began to expand their production capacity rapidly. According to the current expansion plans announced by several leading battery companies, by 2025, the top ten battery enterprises in China will add up to at least 1500GWh. The current wave of raw material production expansion has a similar performance. The production expansion plans of a few leading enterprises alone are enough to meet all the needs of the national and even global markets in the future.

In order to avoid the expansion of capacity of upstream raw materials of the battery level repeating the old path of low-end overcapacity and high-end insufficient capacity, the whole industry must know what products are needed in the future global battery market.

In this regard, Zhao Weijun said in the program of “Knowing Cars” that because Vision Power has battery production bases in the United States, Europe, Japan and China at the same time, based on his understanding of the markets of various countries, he judged that the future battery market lacks not batteries, but high-quality, low-carbon and localized production. Power batteries, such batteries will be in short supply for a long time (Battery Shortage).

In this regard, European enterprises started the earliest and the requirements were the strictest. Zhao Weijun revealed that at this year’s Volvo Supplier Conference, Volvo had clearly proposed that by 2025, all Tier1 suppliers must achieve scope one (mainly carbon emissions from senior production and operation of enterprises) and scope two (main If the carbon emissions of products, services and energy purchased by enterprises are neutral, if they do not meet the standards, they will directly lose their supplier qualification.”Battery Shortage”

BMW is similar to Volvo. Although it has not yet proposed a clear supplier carbon neutralization schedule, it has begun to require suppliers to provide carbon emission data for review by BMW. In the future, carbon emissions will become an important parameter for BMW to judge suppliers.”Battery Shortage”

North korea and South Korea Effective resume communication lines on the 4th, both sides connect to the phone