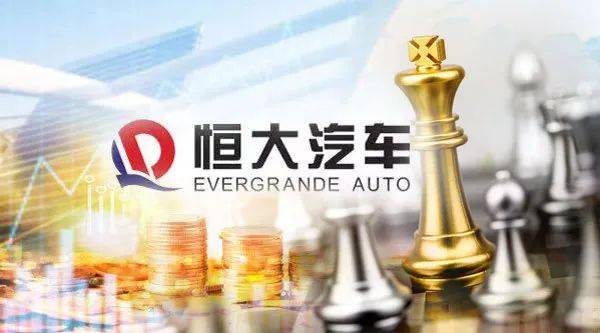 Evergrande stock (EV) (00708. HK) announced that after careful consideration, the company and Haitong Securities Co., Ltd. agreed to terminate the listing guidance agreement and will report to the Shenzhen Regulatory Bureau of the China Securities Regulatory Commission.

Therefore, the proposed issuance of Evergrande Stock RMB shares will no longer continue.

At this time, it has been a year since Evergrande Motor announced its intention to land on the science and technology innovation board. In August last year, Evergrande Health changed its name to Evergrande stock (EV). A month later, on September 18, Evergrande stock (EV) said that the company’s board of directors had decided to issue RMB shares to be listed on the Science and Technology Innovation Board of the Shanghai Stock Exchange.

On September 25 last year, Evergrande stock (EV) issued another announcement and added that the initial number of RMB shares expected to be issued will not exceed 1,555,867,058 shares (before the exercise of the excess equity allocation), accounting for no more than the number of RMB shares issued after the expansion of the proposed issuance on September 30, 2020. 15% of the total number of shares; and RMB shares are new shares, which do not involve conversion of existing shares.

It is worth noting that at that time, Evergrande Motor said that 70% of the funds raised would be invested in the R&D, production and marketing network construction projects of new energy vehicle projects, and 30% would be used to supplement working capital and general enterprise uses to improve the company’s financial situation.

Before announcing its return to A, Evergrande Motors carried out a round of fixed increases – on September 15 last year, Evergrande Motor arranged to introduce Tencent Holdings Co., Ltd., Sequoia Capital, Yunfeng Fund, Didi Travel and other investors in a new way, with a subscription price of 22.57 Hong Kong dollars per share, raising a total of about 4 billion Hong Kong dollars.

However, as an industry with extremely high thresholds, huge investment and extremely high requirements for capital and industrial chains, car manufacturing burns money very fast. According to Evergrande Automobile’s semi-annual report for 2021, Evergrande stock (EV) achieved revenue of 6.923 billion yuan in the first half of this year, an increase of 53.5% year-on-year, of which the income of health management was 6.886 billion yuan, and the income of the new energy vehicle industry was 36.98 million yuan, a year-on-year decrease of 30.22% and the net loss was 47.8 yuan. 700 million yuan, a loss of 2.274 billion yuan in the same period last year, an increase of 96.25% year-on-year.

Evergrande Automobile pointed out that the company’s significant increase in losses is mainly due to the reduction of gross profit of the health business. In addition, the company is in the investment stage of expanding the new energy vehicle business, and the market promotion cost and R&D investment of the new energy vehicle business have increased.

Since the beginning of this year, due to the deep liquidity crisis of its parent company China Evergrande, its subsidiary Evergrande Automobile has not had a hard time, facing difficulties such as continuous decline in stock prices, executives’ cashing out of holdings, and shortage of project funds. On the evening of September 24, Evergrande Automobile announced that in view of liquidity problems, there were delays in the payment of suppliers and project payments in the “Evergrande Health Valley” and the living space of new energy vehicles, resulting in the suspension of some related projects.

According to media reports, although Evergrande Automobile is facing financial difficulties, Evergrande Automobile has not laid off staff at present, there is basically no problem with salary payment, and most employees are relatively stable. In addition, Evergrande Motor may have a state-owned capital injection in October, when mass production can continue.

In addition, in order to stabilize the core technical team, Evergrande Automobile recently announced that it would award 324 million shares to three directors and more than 3,000 scientific researchers, but Evergrande Automobile still faces challenges such as capital shortage. Xu Jiayin, chairman of the board of directors of Evergrande Group, said bluntly in a “lelelegraph” to Evergrande employees, “At present,

The company has encountered unprecedented difficulties, and all Evergrande employees have experienced severe challenges that have never been seen before”, and “I firmly believe that Evergrande will get out of the dark moment as soon as possible and accelerate the full resumption of work and production.”

Mass production may be postponed

Xu Jiayin, who wants to use “buy, buy, fit, circle, big, good and good”, has set three grand goals. Evergrande Automobile hopes to become the largest and strongest new energy vehicle group in the world; by 2025, the annual output and sales will exceed 1 million vehicles will be achieved by 2035. More than 5 million vehicles have been sold; core technologies must be world-class, intellectual property rights must be owned independently, and product quality must be world-class.

It is reported that the Hengchi 5 model is the fastest-growing among the 9 models of Hengchi brand. Evergrande stock (EV) currently strives to ensure Hengchi 5 to achieve mass production and gives priority to investing funds and resources in Hengchi 5. Recently, a set of spy photos of Hengchi 5 and Hengchi 7 road test have also been exposed on the Internet, and both cars have removed their camouflage. In addition, on September 3, the official website of Evergrande Group said that the summer tests of Hengchi 1, 3, 5, 6 and 7 came to a successful conclusion.

According to Evergrande stock (EV) plan, Hengchi series models will be put into trial production in the fourth quarter of this year and delivered in large quantities in 2022. However, according to people familiar with the matter, at present, Evergrande’s mass production cannot be realized this year, and how to develop next year depends on the subsequent capital situation.

“The real estate car manufacturing model has many collisions with the development law of the automobile industry. If you don’t completely change the behavior mode and car manufacturing concept, it will be difficult to succeed.” Lv Chao, executive vice president of Evergrande Power Technology Group, who resigned in April last year, once said on social platforms.