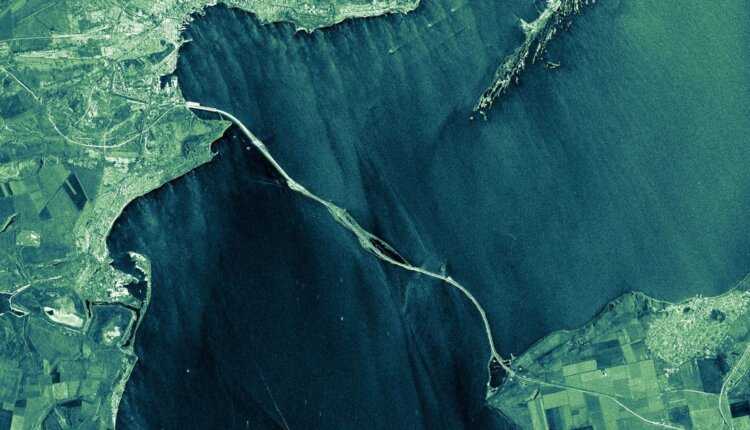 Finland high tech satellites, In the fight against the Russian army, the Ukraine one powerful new ally with sharp eyes: the satellite fleet of the Finland start-up Iceye.

The Ukrainian army will have full access to one of the scouts, while the others will provide images of “critical positions” in Ukraine several times a day, the company said in a press release.

The collaboration was made possible by the Ukrainian TV star Serhiy Prytula and his foundation. ,They had already collected almost 17 million euros in donations in June in order to buy Bayraktar TB 2 combat drones for the Ukrainian army.

The Turkish manufacturer Baykar did not want the money, but gave Ukraine three of the drones as gifts. “So we were able to save the money and use it to buy the satellite now,” says the Prytulas Foundation statement.

This contract is an important step in supplying the Ukrainian government with the satellite images that are so urgently needed and will do our army a great service. “The Iceye satellites scan the Earth’s surface with radar beams, producing near-photographic images that are easy to interpret and useful for mapping or terrain reconnaissance.

In contrast to optical sensors, a “synthetic aperture radar” (SAR) can also take pictures at night and even penetrate clouds and fog.,The technology also enables high-resolution images in the range of less than one meter.

According to the European Space Agency ESA, Iceye is the first company that has succeeded in launching satellites with SAR technology weighing less than 100 kilos.

Remember that the money was originally collected for the purchase of drones Bayraktar, but in the end the Turkish manufacturer promised to make them available to Ukraine free of charge. Therefore, the collected amount was spent on a satellite and access to the satellite constellation database.

According to Prytula, Ukraine owns the satellite, and the Ukrainian side determines what and when it takes pictures and in what format and spectrum the data is received. This means that no one but Ukraine will be able to manage and use the images of the satellite.

The satellite remains unrestricted property of Ukraine even after the expiry of access to the database until the end of its functionality in orbit. In addition, the satellite is insured: If something happens to it before the end of its guaranteed service life, Finland high tech satellites ICEYE is obliged to supply Ukraine with an identical satellite.

“It is planned that the satellite will be re-registered in the corresponding registers in Ukraine. This is a legal procedure that takes some time, as it requires compliance with the necessary regulations, changes in the registers, etc.

How does ICEYE satellite work?

Unlike an optical satellite, which can only work during the day and in clear skies, the SAR satellite functions like a lantern – it illuminates the earth’s surface with its own radio waves.

Therefore, obstacles, night, clouds, rain, fog and smoke do not play a role in imaging. The SAR satellite “penetrates” everything with its radio waves. The resolution is 0.5 to 1 meter, depending on the area covered by the picture. An image can cover an area of up to 225 square kilometers.

Thanks to the fact that Ukraine bought the satellite, the process of data transmission from the time of image acquisition to direct reception by the military units is shortened to a few hours. Under war conditions, the speed of data collection is a significant advantage.

“The possession of the Finland high tech satellites ICEYE allows Ukraine to continuously and guarantee the reception of exclusive images around the clock in all weather conditions, despite rain, snow, fog, smoke and dust day and night. These images help to better plan operations and thus destroy the enemy more effectively,” emphasized Serhiy Prytula.