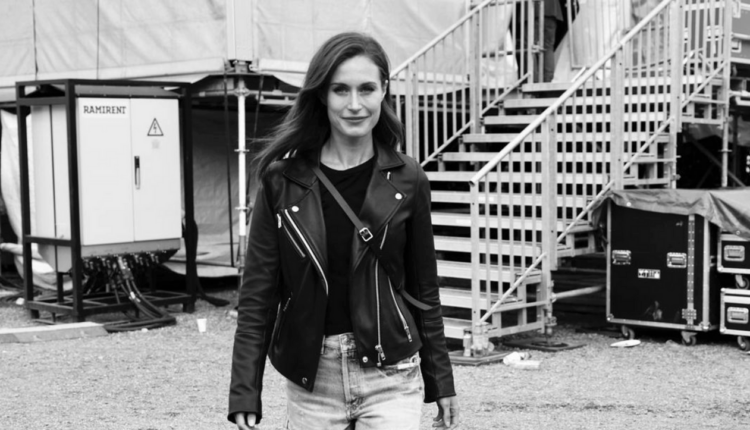 In a leather jacket and shorts, Sanna Marin leads the way, the Finnish Prime Minister smiles at the camera.

If you look at the picture like this, you wouldn’t think that the woman running towards the photographer is a top politician in Europe.

Ruisrock, the Finnish rock festival, posted the photo on Instagram and tagged Marin. There is not much more information.

Marin posted a photo of herself and her husband Markus Räikkönen on her own Instagram account. “The vacation started today,” she writes and announces her visit to Ruisrock: A few days earlier, she initiated Finland’s NATO accession .

It is not known what Marin did at Ruisrock, which bands she listened to, how much canned beer she drank and how many mosh pits she survived unharmed. Did she maybe even have security personnel with her? Finnish Portal MTV Uutiset at least knows how to report that Marin already wore this leather jacket during a state visit to Sweden should have been seen.

Imagine that with Marin’s German counterpart. Chancellor Olaf Scholz in a leather jacket at Rock am Ring? Unthinkable. Marin presents herself as a cool, young head of government. Your apparently private visit to Ruisrock is not so private after all.

Participation in the Pride Parade

Recently she also had headlines with her participation in a Pride march in Helsinki. Her summer dress was particularly admired there. Marin grew up as the child of a single mother who later lived with her partner in a same-sex relationship.

Politics is always a language of images. Federal Minister of Economics Robert Habeck , who is sitting cross-legged on the platform. The CDU Chairman Friedrich Merz , who lands on Sylt with his private plane – with it should also be addressed to target groups in the electorate.

It’s probably also a matter of generation and authenticity. Sanna Marin is only 36 years old. When the social democrat became Prime Minister of Finland in December 2019 , she was briefly the youngest head of government in the world. Sanna Marin more likely to go to a rock festival than Olaf Scholz, that’s to save his honour.

Amazing Researchers discover “face of the first European” in Atapuerca