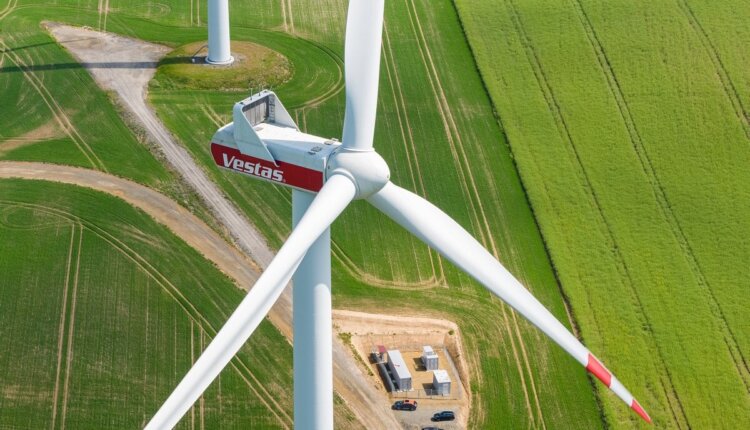 In the first nationwide innovation tender by the Federal Network Agency, a wind + storage project in the Brandenburg Uckermark was awarded the contract in September 2020.

To date, it is the first and only such project in Germany within the framework of the Renewable Energy Sources Act.

In the Schmölln II wind + storage farm, Juwi installed two Vestas V136 wind turbines with a nominal output of 3.6 MW each. Smart Power installed the associated battery storage system with a capacity of 3 MWh and has now put it into operation.

The system contributes to security of supply and grid stability, because thanks to the lithium-ion storage system, green electricity can be fed into the grid even in times of low wind.

Only the green electricity generated on site from the two plants of the Schmölln II wind farm is stored and withdrawn, according to the regulation on the innovation tenders of the Federal Network Agency .

The storage consists of a 40-foot high-cube container, an energy station with medium-voltage switchgear, a transformer and an inverter and is connected to the 20 KV network.

The battery container is an air-conditioned insulating container in order to treat the batteries as gently as possible and thus to guarantee a long service life. A total of 28 racks are installed, each with 12 battery module slots, which can generate a total output of 3.0 MW.

The system is designed to be intrinsically safe. It also switches itself off automatically in the event of an error. The air conditioning concept envisages only passively cooling the inverter while actively cooling and heating the battery room. This required a physical separation of the inverter and batteries, but this contributes to increased system security.

Juwi and Smart Power are currently implementing another wind + storage project in Baden-Württemberg in connection with renewable energies. At the beginning of 2023, the 9.8 megawatt solar park in Seckach with a battery storage system with a storage capacity of 3.7 MWh is to go online. The Mannheim energy company MVV operates the plant combination in the Neckar-Odenwald district.