Foxconn and Yulong released 3 new EV Models, Is it a bonus or a reduction for Apple OEM? 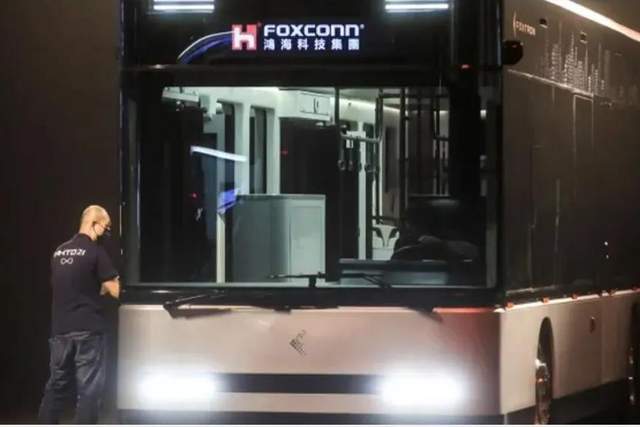 Foxconn And Yulong, Liu Yangwei said that the Model T bus will be launched in southern Taiwan in 2022, and the Model E prototype also has the function of unlocking the face recognition door.

The world’s largest OEM electronics manufacturer and Apple supplier plan is still to work for other car customers and will not sell under its own brand. This milestone event may add points to the company’s Apple substitute salary. Some observers believe that the released cars and logos are ugly, reducing the score of OEM Apple.

The company plans to develop this nascent electric vehicle sector into a $358 billion worth business within five years and compete with automakers such as Tesla, Volkswagen and General Motors.

Over the years, there has been a strange phenomenon that there are rumors about Apple, but the company has hardly talked about it publicly. Apple still has to wait for a few years, and the project has been frustrating. Recently, its car project leader was poached by Ford.

OEM for Apple is the goal of many electric vehicle manufacturers. And a strong relationship with the American consumer electronics giant is Foxconn advantage.

As Apple increases its product range, this several-year-old partnership is also expanding, and Apple’s orders now account for about 50% of Foxconn’s annual sales.

In order to actively promote the automotive business, Foxconn finalized at the end of September to acquire an Ohio auto factory from troubled startup Lordstown Motors for $2.8 billion.

Carrie Liu, an analyst at Citigroup, wrote in a recent note that the acquisition of an Ohio factory was a good thing for Foxconn, gaining assembly capacity, equipment and talents. Liu Yangwei said that the company was about to decide to set up an automobile factory in Europe.

Foxconn is looking for profit growth points in addition to electronic product assembly, and electric vehicles are one of the targets.

According to a report by Nikkei Asia in September, Foxconn’s electric vehicle project dates back to 2014. At that time, Chairman Gou Taiming approved an internal project to build a complete prototype of electric vehicles.

Yulong Automobile will become Foxconn’s first electric vehicle customer, Yan Chenlilian, chairman of Yulong Automobile, said at the event. Liu Yangwei revealed that the retail price of Yulong electric sedan made by Foxconn will be less than NT$100 million (RMB 22.94).

Foxconn has not started selling its electric vehicle platform since it first launched it in 2020. According to a person familiar with its schedule, it plans to start mass production of Endurance electric pickup trucks in Lordstown in Ohio in April 2022.

By contrast, car manufacturers such as Tesla, Volkswagen and Hyundai have continuously launched electric models and spent billions of dollars on product development and production capacity.

However, Foxconn has made some progress. It has reached a production agreement with Fisk and established a cooperative relationship with PTT, a Thai state-owned enterprise group. It also reached an agreement with Stellantis and Geely.

The electric vehicle revolution has opened up a situation for many new entrants, including start-ups and mature technology companies.

For decades, the automotive industry has invested by large companies to improve internal combustion engine technology and complex power transmission systems, all of which require high investment and years of research and development.

However, the manufacturing process of electric vehicles is much simpler, and for new entrants with enough cash, the threshold is actually lowered.

But these companies are facing a tough battle to convince investors that they can compete with traditional car manufacturers, which have strong customer loyalty, mature sales and distribution networks and after-sales customer service.

Foxconn is working hard to ensure the supply of batteries for its electric vehicles, and analysts warn that batteries may also face tight supply as the electrification process accelerates.