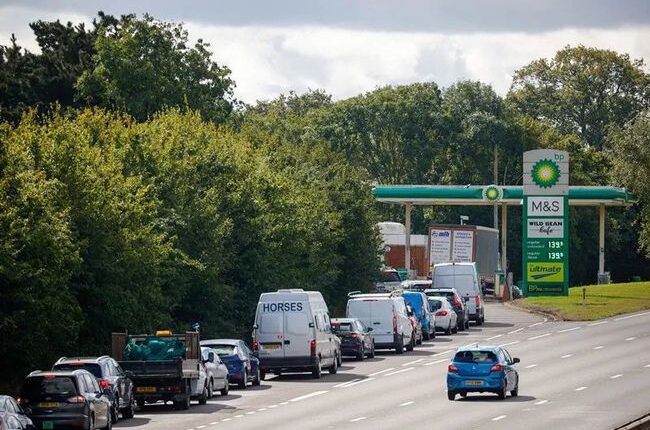 Fuel Crisis In UK : considerable fuel shortage since last month due to soaring gasoline prices and the small number of truck drivers.

According to the Daily Telegraph on the 12th about Fuel Crisis In UK, the British Gasoline Retailers Association said on the same day that at least 10% of gas stations in London and southeast England were still depleted.

Brian Madderson, president of the industry association, said that the situation in London and the southeast remained serious; most retailers remained worried that they did not know when they would receive fuel.

British media reported that some gas stations in the UK lined up, and many drivers made panic buying in the face of rising prices. At the same time, fuel stocks have fallen sharply, and due to the lack of gasoline and diesel, British oil and gas companies have even to close some of their factories across the country.