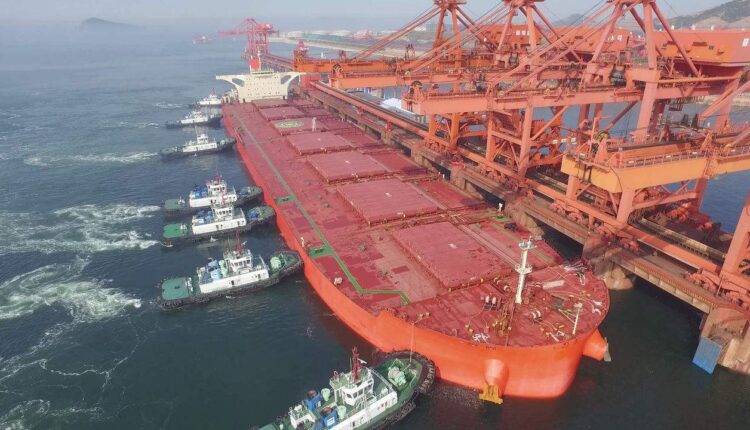 Double Natural Gas Supplies, Last year, with the deterioration of Sino-Australian relations, the price of iron ore that China needs to import in large quantities has soared, which is nicknamed “crazy stone”. However, it is not only iron ore that is crazy. According to the latest report of China Energy News on August 17, natural gas inventories in Asia, Europe and the United States began to decline.

Because natural gas is recognized as the cleanest fossil energy in the world at present, the country has an irreplaceable position in the general strategy of building a clean energy system and adjusting the energy structure due to energy security and environmental protection. Therefore, China’s demand for natural gas supplies is rising year by year. Unfortunately, China’s natural gas reserves and output are difficult to meet self-sufficiency, which makes China surpass Japan as the world’s largest natural gas importer in 2018.

Fortunately, the Russian media pointed out on August 12 that Russia will guarantee the supply of natural gas to the Chinese market. By the end of this year, the daily natural gas supplies export volume of Russia to China will increase by 50%, and the daily supply of Russian gas to China is expected to climb from the current 28 million cubic meters to 43 million cubic meters at the end of the year, which undoubtedly solves the current urgent need for natural gas supplies in China.

Russia does this for only three reasons:

First, this is the embodiment of the strong friendship between China and Russia.

Second, this is also the demand of Russia’s own market economy.

Crude oil has a global market, while natural gas supplies has only a regional market. Due to the geographical limitations of long-distance international pipeline construction, the transportation cost of liquefied natural gas supplies ships is extremely expensive, and natural gas itself has the characteristics of inconvenience in transportation and preservation. Although natural gas is in great demand, export is still a headache. As a neighboring country and the world’s largest natural gas importer, Russia is obviously very willing to cooperate in the face of such a huge market demand.

China needs the supply of natural gas energy, while Russia needs to cash in its energy. However, before, Russian gas was basically facing Europe and the channel was too single. Russia’s natural gas exports to Europe have been declining because it is unwilling to provide transit fees to Ukraine. Larger cooperation with China can not only enrich Russia’s energy export channels, but also help drive the economic development of eastern Russia.

If China will be the main customer of Russia’s future natural gas supplies exports, the European market is now the core interest region of Russia’s natural gas supplies exports. Because the territorial dispute between Russia and Ukraine caused by the ownership of the Crimean region, Ukraine often “kidnapped” the EU with gas pipelines passing through the border, increasing tolls or even threatened to cut off the gas pipelines to pressure Russia and compromise on relevant issues. In addition, Beixiyi The construction of Beixi No. 2 project has been put on the agenda because of the overloaded work of Project No. 2.

Since the construction of North Creek II (nord stream 2) began in 2015, not only Ukraine, but also the United States has repeatedly discouraged and asked Germany to abandon the North Creek II (nord stream 2) plan, and even threatened to withdraw troops from Germany. Recently, Germany and the United States finally reached a consensus. The foreign ministries of the two countries issued a joint statement announcing that an agreement had been reached on the “North Stream-2” natural gas pipeline project, and the two sides will cooperate to ensure energy security in Ukraine and Europe.

The core of this agreement is to ensure the continued delivery of Russian gas through Ukraine and provide economic compensation to Ukraine. More importantly, the agreement mentions that if Russia tries to use energy as a weapon against Ukraine, Germany will take effective measures, including sanctions, and restrict Russia’s energy exports to Europe. This means that Russia’s development in the European gas market is threatened, and the North Creek project (nord stream 2) will become a “double-edged sword”.

Returning to the issue of natural gas supplies price increase, the reason why the people have been so sensitive to the rise in international natural gas prices recently is not only because of its exaggerated increase, but also because of the inevitable impact of the surge in iron ore on the national economy. Due to the deadlock in China and the United States in recent years, the relationship is tense, and Australia, as a loyal follower of the United States, naturally pointed its guns at China.

Whether it is economic trade restrictions or military readyness, Australia’s hostility to China is rising day by day, and means are emerging one after another. Naturally, our country also warned and implemented an economic counterattack against Australia, which is still stubborn. But Australia has also dealt a heavy blow to our country, because Australia plays an important role in our iron ore imports.

In 2020 alone, China’s iron ore imports reached 1.17 billion tons, of which 67% came from Australia. Because of the irreplaceability of commodities and the monopoly of iron ore fields, the pricing power has always been in Australia and Brazil, which makes Australia unscrupulously raise the price of high-speed rail ore with so-called “coronavirus reasons”, causing serious losses to our country.

Of course, this is only a direct reason. The rise in iron ore prices is inevitably related to the recovery of the industrial economy after the epidemic, capital speculation and even the loose monetary policy of various countries, especially the United States. In addition, there is no doubt that the tension between China and Australia has become the trigger of the problem. Australia wants to raise the price of high-speed rail ore to make up for the losses of other goods exported to China, and even threaten China with “iron ore supply cut-off” as a political chip.

In fact, it is not only iron ore and natural gas supplies, but also China has always had problems in energy supply security due to the extremely large demand for energy in domestic development. In 2011, China surpassed Japan to become the world’s largest coal importer, and in 2015, China surpassed the United States to become the largest crude oil importer, among which the dependence of crude oil even exceeded 70%. China’s primary energy is almost difficult to achieve self-sufficiency, and the self-sufficiency rate is declining.

China is still overly dependent on the fossil energy structure. In particular, although the proportion of coal energy in fossil energy has decreased, it is still heavily dependent, and it will still reach 58% in 2020. As for low-carbon energy such as nuclear power, hydropower and renewable energy, except for hydropower surpasses developed countries, everything else is far less than developed countries.

Therefore, China has strengthened environmental governance, intending to continue to reduce the proportion of coal, increase the proportion of oil and natural gas supplies in production and consumption, support the development and use of low-carbon energy and new energy sources, and achieve the optimization and adjustment of the energy structure.

As mentioned above, natural gas, iron ore and other energy sources rely too much on the supply of certain specific countries. Some countries will inevitably lead to a huge gap in our energy supply after imposing sanctions on our country due to political positions and other factors. In order to solve this problem, China actively strengthens international cooperation and increases investment in overseas energy development.

For example, in the face of iron ore being suppressed by Australia, China and Guinea have reached cooperation on Simandu iron ore. In terms of natural gas supplies, China makes full use of the exclusive natural gas pipeline between China and Russia, while increasing the proportion of countries with close political ties in energy supply, and reducing excessive spillage by launching international liquefied natural gas trading services. Price, promote cooperation with more countries;

Third, commit to the development of domestic energy and improve the utilization rate.

Although China’s shale gas reserves are also quite large, it is faced with problems such as high development costs. Therefore, China has increased its support for the field of energy development and use, improved the survey level and collection capacity, and strived to find efficient and clean environmental protection energy, and at the same time maximized the use of energy on this basis and reduced energy waste.