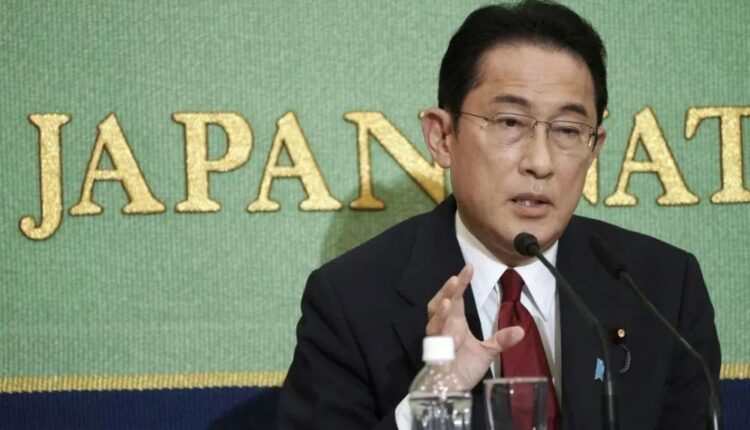 On September 29, Fumio Kishida former Japanese Foreign Minister, was elected as the new president of the Liberal Democratic Party and will become Japan’s 100th Prime Minister on October 4.

After the election results were announced, Fumio Kishida said in a winning speech that he would continue to do his best to deal with the coronavirus epidemic, and he also planned to formulate an economic stimulus plan of tens of trillion yen by the end of the year.

In his speech, he said that the focus will be on solving the epidemic and economic problems first, and in addition, necessary measures will be taken in the future to address the decline in the birth rate in Japan. In his speech, he also highlighted the “four-nation mechanism” between the United States, Australia, Japan and India.

According to Japanese media reports, Kishida also said, “The Japanese government is facing many major issues, and I will do my best from today on. The open Liberal Democratic Party will continue to work for a bright future.

In terms of domestic policy, Kishida hopes to reduce the gap between rich and poor and put forward the “Order and Edition Income Double Plan”. He believes that “increasing the income of ordinary workers” should be the top priority.

In terms of energy policy, Fumio Kishida advocates that we will no longer adhere to the idea of “denuclear power”. He will stick to the Suga Yoshihide administration’s emission reduction target – to achieve net zero greenhouse gas emissions by 2050. Therefore, he believes that “we need to realistically evaluate whether to build and expand nuclear power plants.”

In terms of foreign policy, Fumio Kishida stressed the need to strengthen the “Japan-US alliance”. He stressed that although self-protection must be prepared, strong relations should be established with relevant countries led by the United States.

In addition, Kishida also adheres to the policy of promoting constitutional amendment, saying that “the work of constitutional revision will be promoted to achieve it during his term of office”.

Fumio Kishida, 64 years old, comes from a political family. His father and grandfather are both former members of the House of Representatives. Fumio Kishida graduated from the Law Department of Waseda University with a bachelor’s degree in law. Kishida has served as the Minister of Foreign Affairs and the president of the Liberal Democratic Party. This election is Fumio Kishida’s second presidential election. When he ran last year, he lost to Yoshio Kan.

Fumio Kishida won the president election of the Liberal Democratic Party by a clear margin today and was successfully elected as the 27th president of the Liberal Democratic Party. In the first round of voting, since none of the 4 candidates won more than half of the votes, Fumio Kishida, the top two winners, and Taro Kono, the executive reform minister, entered the second round of voting. In the end, Fumio Kishida won 257 votes, leading Taro Kono 87 votes. As usual, he will replace Yoshio Kan as Prime Minister.

Kishida is expected to form a new Liberal Democratic Party Executive Committee on September 30 to complete the party’s personnel arrangements. On October 4, an interim parliament will be held to hold a named election for the prime minister. Kishida’s succession will be formally confirmed, and then Kishida will form a new cabinet.

Fumio Kishida (岸田 文雄, Kishida Fumio, born 29 July 1957) is a Japanese politician serving as the President of the Liberal Democratic Party since 2021. A member of the House of Representatives, he previously served as Minister for Foreign Affairs from 2012 to 2017 and as the Chairman of the Policy Research Council of the LDP from 2017 to 2020.

The curtain of the Nobel Prize 2021 season is about to start, Whether mRNA can make an exception to win the prize has become a suspense