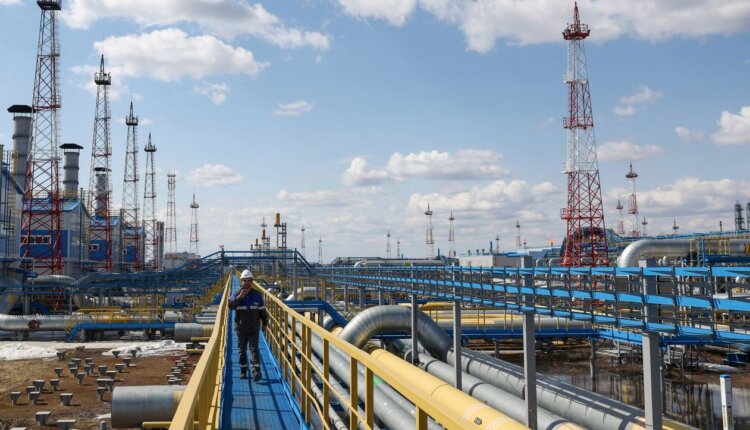 The Union does not want to accept the federal government’s ordinance for a state gas surcharge . The gas levy that has now been decided by the Federal Cabinet has significant technical errors.

It’s also not fair,” said the deputy head of the Union faction, Jens Spahn . People on low incomes have been waiting for real relief for months. That doesn’t go together.

Spahn added: »It is almost cynical that the state still earns money from the special levy via VAT. Citizens pay up to 100 euros more than is necessary.” The second planned levy, the storage levy, would mean even more burdens for consumers. “If the traffic lights don’t improve quickly here, we will apply to the German Bundestag for the repeal of this regulation on the gas levy,” said the CDU politician.

From circles of the Robert Habeck (Greens) Ministry of Economic Affairs, it was said that it was important that no VAT was charged on the levy. “That cannot be communicated.” But here the responsibility lies with the FDP-led Ministry of Finance. This must check how that works.

Criticism of the surcharge also came from industry. VDA President Hildegard Müller conceded: “The regulations on the gas levy are a necessary evil in order to maintain Germany’s energy supply”.

But: For a fair distribution of the burden, the federal government should have made the energy industry more responsible. Instead, companies and private consumers should be burdened beyond measure.

The head of the Association of the Automotive Industry called for further relief for the industry, such as a reduction in electricity tax. In addition, there is a need for a hardship regulation in order to rule out burdens that endanger the existence of the company.

The energy associations BDEW and VKU called on the federal government to make improvements. In a letter to Habeck, they warned that the price adjustment could not be enforced against customers with contracts without the possibility of adjustment until October 1st.

This affects an average of around 25 percent of household customers. In the case of fixed-price contracts, there is a risk of total failure if the allocation cannot be contractually passed on. “This creates significant liquidity problems for the energy suppliers, which can also lead to insolvency due to the already tense financial situation.”

On Thursday evening, the cabinet had agreed on the gas levy, which will lead to price increases for gas customers from autumn.

Habeck said that the federal government’s decision for the temporary levy will and must be accompanied by further relief for the citizens.

With the surcharge, the federal government wants to prevent importers from collapsing as a result of severely curtailed Russian gas supplies.

It should take effect from the beginning of October and benefit gas suppliers like Uniper, who have to buy replacement gas volumes from Russia at high prices. So far, however, you cannot pass on these additional costs; this is to be done via the levy. Uniper was in financial turmoil, the federal government had decided on a billion-euro rescue package.

Uniper is an energy company based in Düsseldorf, Germany. The name of the company is a portmanteau of “unique” and “performance” given by long-term employee Gregor Recke. Uniper was formed by the separation of E.ON’s fossil fuel assets into a separate company that began operating on 1 January 2016.

The company employs about 11,000 employees in over 40 countries. Around one third of the employees are based in Germany. (Gas surcharge)

It owns a subsidiary company in Russia called Unipro. Uniper is listed at the Frankfurt Stock Exchange. Its largest shareholder is the Finnish energy company Fortum with a 56% stake.

The company has faced criticism for opening new coal-fueled power plants in Germany as recently as May 2020.

Uniper was one of the financiers of the Nord Stream 2 project, which the German government suspended after Russia invaded Ukraine in February 2022.