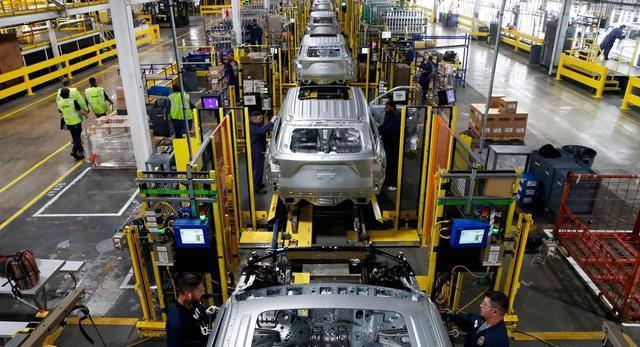 German Research Institutes saying that the country economic situation continued to be affected by the coronavirus epidemic and expected to contact Intensive activities will not be fully normalized in the short term.

In addition, the supply bottleneck of raw materials and initial products will continue to inhibit manufacturing for some time.

This spring, the above-mentioned research forecast is obviously more optimistic, believing that the German economic forecast 2021 will grow by 3.7% in 2021. In 2020, due to the epidemic, the German economy as a whole shrank by 4.9%.

The report points out that after the new wave of epidemics delayed the economic recovery from late 2020 to early 2021, Germany’s GDP rose sharply as the infection rate fell in spring.

However, the supply bottleneck of manufacturing hinders production, and only consumption-related services have grown. Experts believe that the recovery process is likely to continue to slow down in late 2021 and early 2022.

On the one hand, even if the infection rate remains low, the activity of the service industry will remain lower than the normal level before the epidemic, on the other hand, the manufacturing industry will continue to be constrained by supply bottlenecks.

According to German Research Institutes report, the losses and delivery bottlenecks caused by the epidemic will be gradually overcome next year, and the capacity utilization rate will return to normal.

At the same time, major research institutes expect German consumer prices to rise by 3% this year and 2.5% in 2022.

Experts pointed out that although the economic consequences of the coronavirus epidemic will gradually be overcome, the challenge of climate change and a predictable slowdown in economic growth will lead to a reduction in consumption opportunities.

It is worth mentioning that in the past few weeks, many research institutions and experts have lowered their forecasts for the German economy’s annual growth, and the shortage of raw materials has had a negative impact on German exports.

According to data released by the German Federal Statistical Office, German exports fell for the first time in August this year.

Previously, German exports had maintained monthly growth since May 2020. According to the German Federation of Industries, “Global supply chain problems, high logistics costs and unresolved trade disputes have dimmed the economic outlook and therefore have a huge impact on German exports.”

According to data released by the German Federal Bureau of Statistics on the 13th, Germany’s inflation rate rose to 4.1% in September, the highest since December 1993.

Christopher Martin Mayi, an expert at the German Federal Bureau of Statistics, said on the same day that energy prices rose year-on-year for the third consecutive month, mainly due to the base effect, where energy prices were low in the same period last year.

According to data previously released by the German Federal Bureau of Statistics, Germany’s inflation rate was positive for the first time since June 2020 in January this year, and has risen month by month since then. In the second half of last year, Germany inflation rate was negative for the rest of the months except for zero in August.