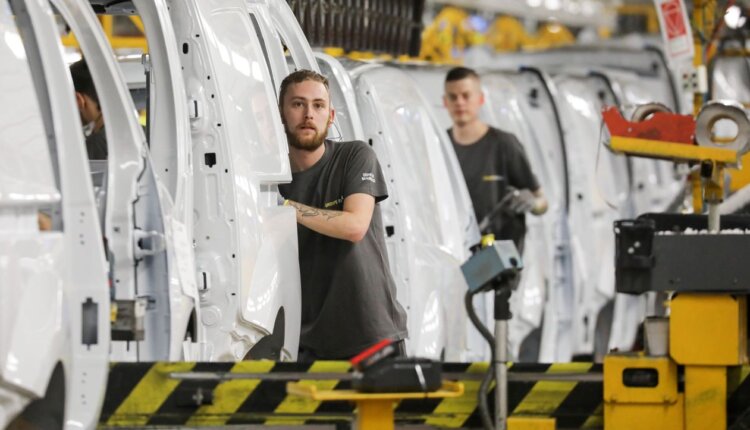 In view of the consequences of the Ukraine war, the Germany economy engine is sputtering. The gross domestic product (GDP) stagnated in the spring compared to the previous quarter, as the Federal Statistical Office (Destatis) announced on Friday.

Economists polled by Reuters had expected a small increase of 0.1 percent. In terms of growth, Germany now brings up the rear of the four largest economies in the euro zone. Because the GDP increased in France (plus 0.5 percent), Italy (plus 1.0) and Spain (plus 1.1 percent). In the meantime, concerns about a downturn are growing in the Germany economy.

“With the GDP stagnating in the second quarter, a recession is becoming more and more likely,” warned Wolfgang Niedermark, member of the executive board of the Federation of German Industries (BDI). The companies are suffering from the consequences of the Ukraine war, a long-term gas shortage and the effects of the Covid pandemic.

According to the BDI, the risks for the German and European economy due to a lack of energy resources remain very high: “The reduction in Russian gas exports worries us.”

DIHK General Manager Martin Wansleben is also skeptical: “The signs point to stagnation. But it could get even worse.” Federal Economics Minister Robert Habeck recently spoke of the “biggest energy crisis in Germany” triggered by the heavy dependency on Russia affected Germany economy.

The open question as to whether Moscow could turn off the gas tap completely is depressing the mood. According to the Munich-based Ifo Institute, this is causing industrial companies in particular to frown because planning for the coming months is becoming increasingly difficult.

At the beginning of the year, however, the economy in this country was doing much better than expected: Destatis revised the GDP plus for the first quarter to 0.8 percent from the initially mentioned 0.2 percent upwards.

In the second quarter, the economy was mainly supported by private and government consumer spending, while the trade balance dampened economic growth. “The difficult global economic conditions with the ongoing corona pandemic, disrupted supply chains, rising prices and the war in Ukraine are clearly reflected in economic development,” explained the Wiesbaden statisticians.

The latest figures make it clear that the economy is in stagflation – ie stagnating economic output with high inflation, says DZ Bank expert Jan Holthusen. Commerzbank chief economist Jörg Krämer adds that high inflation and fears of a gas crisis have caused consumer and corporate sentiment to plummet: “The risk of recession is increasing.”

Private consumption still has some catching up to do

From the point of view of the economist Nils Jannsen from the IfW Kiel, one argument against a recession is that private consumption can still be fed from the high additional savings since the beginning of the pandemic and that private households still have some catching up to do after the limited consumption options.

In addition, the companies have high order backlogs, which allow them to expand their production even in the event of a temporary slump in orders when the supply bottlenecks ease. “Despite the pessimism, a recession is not in sight”, the economist concludes.

The International Monetary Fund (IMF) believes that the local economy will only achieve comparatively meager growth of 1.2 percent this year. For the euro zone, he expects a much higher GDP plus of 2.6 percent. In the second quarter, the economy in the euro area developed far better than expected: GDP increased by 0.7 percent compared to the previous quarter.

“That’s impressive! After most of the corona restrictions were lifted, there were strong catch-up effects in the second quarter,” explained VP Bank Chief Economist Thomas Gitzel. Business is booming again, especially in the holiday regions: “The Mediterranean region was already well booked from May onwards. The tourism industry rejoiced and can also look forward to high occupancy rates in late summer and autumn.”