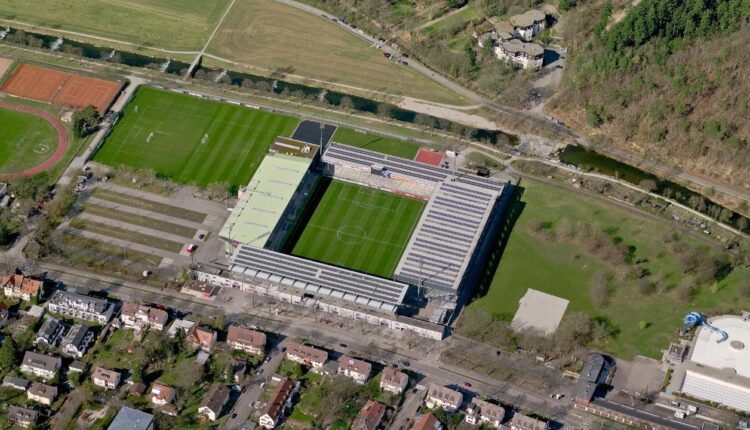 Environment Friendly Football Stadium, The new football stadium in Freiburg, Germany has been put into use recently. This modern stadium has been recognized by all walks of life for its advanced energy solutions.

It is about 15,000 square meters of photovoltaic panels are installed on the top of the stadium auditorium as a Environment Friendly Football Stadium, which can generate 2.3 million kilowatt-hours of electricity each year, which can be used by about 1,000 households. This is also one of the largest stadium solar roofs in the world.

The Environment Friendly Football Stadium heating pipeline is also connected to a factory in the nearby industrial park to solve the heating problem of stadium buildings and turf through industrial waste heat generated during the production process.

To encourage fans to ride to the stadium to watch the game, the new stadium will provide more than 3700 bicycle parking spaces, and also provide charging devices for electric bicycles and cars.

Torsten Ladensleben, chairman of the board of directors of the stadium energy supplier Badennova, expressed the hope that the new stadium in Freiburg will become a model of modern environmental protection through such a holistic and environment friendly energy solution. The mayor of Freiburg, Martin Horn, said that the stadium is the new name card of the green city of Freiburg.

Environment Friendly Football Stadium, Freiburg has more than 1,700 hours of sunshine per year, making it the city with the longest sunshine in Germany. Previously, Freiburg has already had many successful examples of using solar energy. For example, the roof and surroundings of the new city hall building are covered with about 800 photovoltaic panels.

The energy generated can not only meet the building’s own heating, cooling, ventilation and lighting needs, but also There is still a balance to be integrated into the city grid, the Schrierberg community built in 2007 is the largest solar community in Germany.

About 250 houses in the community are built in accordance with the positive energy method, which can generate electricity through photovoltaic panels while reducing energy consumption, The energy generated is higher than the actual consumption, and residents can even profit from it.

The waste heat of the local factory also solves the heating problem in winter for many surrounding buildings, including the Freiburg Exhibition Center. In addition, the daily household waste produced by the people has been finely classified to a large extent to “turn waste into treasure”.

The waste that cannot be directly recycled is sent to the waste treatment and energy production center, where it is produced through safe and environment friendly waste incineration technology. Electricity and heat.