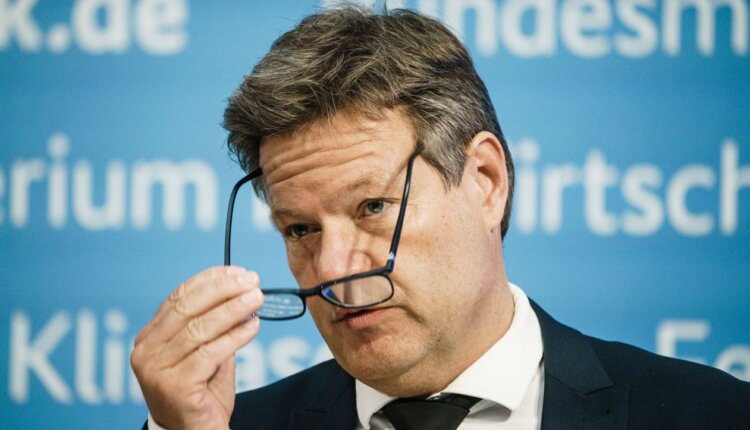 The surcharge planned by the federal government for all Germany gas customers should take effect from October.

The surcharge could be between 1.5 and five cents per kilowatt hour, according to the draft regulation that was available to several news agencies on Thursday.

The exact amount of the surcharge is still unclear because of the fluctuating gas prices. A first calculation should be published in August.

One does not know exactly how high the gas procurement costs are in November and December, explained Economics Minister Robert Habeck (Greens, 52).

“But the bitter news is: It’s definitely a few hundred euros per household.” Federal Chancellor Olaf Scholz (64) had spoken of up to 300 euros per year for a four-person household in addition to the tariffs, which were already increasing . However, it could also be up to 1000 euros if import prices rise extremely.

The comparison portal Check24 calculated additional costs of 476 euros for an annual consumption of 20,000 kilowatt hours and a two-cent levy.

This includes VAT. With a contribution of 5 cents, on the other hand, it is already 1000 euros per household. The surcharge will apply for a year and a half, i.e. until the end of March 2024. About half of all apartments in Germany are heated with gas.

The reason for the introduction of the levy is the reduced gas supplies from Russia. Importers like Uniper now have to buy these failed deliveries on the market at short notice and at great expense. However, due to the existing contracts with customers, they are not yet allowed to pass them on.

Above all, this has caused Germany’s largest gas importer, Uniper, to live in dire straits. The state has therefore put together an aid package worth billions and is investing 30 percent there . However, this cannot protect against the daily losses in the long term. That’s where the levy comes from – as already announced by Scholz.