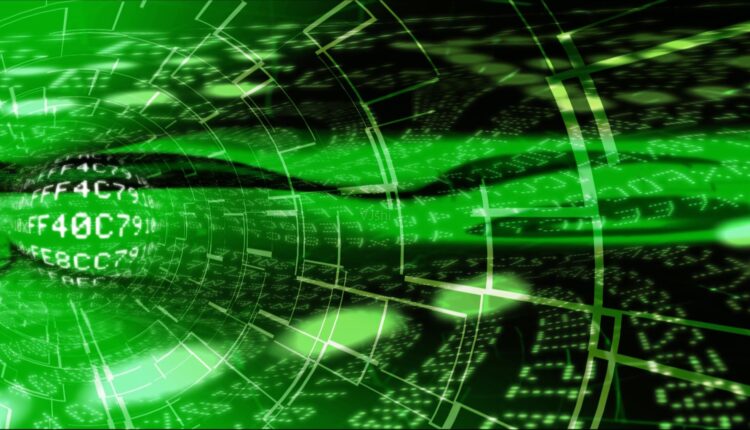 At 43°N, near Grassland Tianlu, Zhangbei County, more than 200 kilometers northwest of Beijing, there is a Green data center experiencing the hottest season of the year. The indoor temperature rose to 25 degrees, and engineers turned on the air conditioner to cool down the computer room.

Green data center : This is Alibaba Cloud Zhangbei Data Center, which will serve as an important cloud computing infrastructure to support the 2022 Beijing Winter Olympics, which will be staged brilliantly in nearly 200 days.

Green is the key word of Zhangbei Data Center. Since 2015, this “Big Mac” has been located in Zhangbei County, Zhangjiakou City, Hebei Province, with a total investment of more than 20 billion yuan.

The reason why Zhangbei was chosen is that it has a unique climatic advantage – the average annual temperature is only 2.6 °C, and the minimum temperature reaches minus 40 degrees. Engineers transport the fresh air with suitable outdoor temperature and good air quality to the computer room through windwall technology, directly cooling IT equipment, achieving more than 300 days a year. Free” natural cooling greatly reduces the power consumption of the air conditioning system.

In addition to “air-cooled”, there is also “liquid-cooled”. Liquid cooling is to immerse the server in liquid. In the computer room of Zhangbei Data Center, rows of servers are immersed in the insulation coolant. The heat they generate can be absorbed directly by the coolant into the outer circulation cooling fluid. The energy consumption of the whole process is almost zero for heat dissipation. This form of heat conduction efficiency is higher than traditional air cooling. To be 100 times higher, 100% mechanical refrigeration is achieved in the Green data center.

A series of energy-saving technologies are also applied in Green data center, such as recycling the hot air of some computer rooms to the firewood distribution room and some equipment for heating, and using air conditioning backwater as the driving force for heating and heat exchange to reduce heating energy consumption in winter; reducing the hardness, conductivity and other indicators of production sewage through the wastewater recovery system, and recycling and re- Use it to the production system to reduce the consumption of water resources.

Coupled with modular design, AI temperature regulation and other technologies, the annual energy consumption ratio of Zhangbei Data Center is less than 1.2, with a minimum of 1.09, which is at the international leading level. It can save 80,000 tons of standard coal every year, which is equivalent to planting 4 million trees.

In addition, thanks to the abundant wind and solar energy of Zhangbei County, the green energy use rate of Zhangbei Data Center exceeds 50%, digesting renewable energy in situ, and accelerating the transformation of energy consumption to clean and low carbon. Through participating in the “quadripartite cooperation” mechanism of renewable energy power trading in northern Hebei, market-oriented wind power listing transactions have been carried out, and renewable energy is purchased directly from wind power enterprises. Renewable energy accounts for more than 50%. As of May 2021, about 450 million kilowatt-hours of new energy have been traded here, accumulative emission reduction of dioxygen. Nearly 400,000 tons of carbide.

Data center is the infrastructure of new infrastructure and is also recognized as a “big energy consumption”. Energy conservation and consumption reduction are important considerations. Recently, the Ministry of Industry and Information Technology issued the Three-Year Action Plan for the Development of New Data Centers (2021-2023), which plans to basically form a new data center development pattern with reasonable layout, advanced technology, green and low carbon, computing scale and digital economic growth in three years.

Gao Shanyuan, general manager of Alibaba Cloud Infrastructure Data Center, said that “advanced technology” and “green and low carbon” have become the keywords of the new Green data center. By promoting the commercialization of liquid cooling technology on a large scale, thermal energy consumption can be reduced by up to more than 70%.

In addition to its own energy saving and consumption reduction, cloud computing itself is a green technology, which helps to improve the overall CPU utilization rate of society. IDC, a global authoritative consultancy, predicts that the continuous use of cloud computing over the next four years can reduce carbon emissions by 1 billion tons, which is equivalent to offsetting the annual emissions of 400 thermal power plants or a medium-sized country.

In Zhangbei, the cloud computing industry base here is striving to promote the construction of China’s green data center with the aim of building “China’s digital dam”. It is reported that by the end of this year, the data center of Zhangbeiyun Base would reach at least 500,000 servers, and the scale of related industries would exceed 40 billion yuan.

Quanzhou successfully applied for heritage. The total number of world heritage sites in China has reached 56