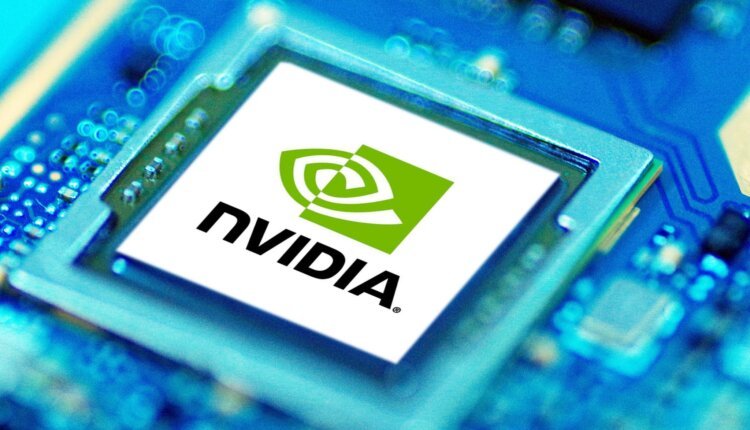 Some time ago, the hacking of Nvidia GPU incident has been fermented, and now it has caused ups and downs all over the city.

As a leading enterprise in the GPU industry, Nvidia GPU not only was stolen because of hacking, but also attracted group ridicule because of various performances in the crisis.

LAPSU$, AN HACKER ORGANIZATION THAT ATTACKED NVIDIA, USED SOFTWARE TO EXTORT NVIDIA TO FORCE NVIDIA TO LIFT RESTRICTIONS ON VIRTUAL CURRENCY MINING OF ITS PRODUCTS.

In fact, there has been a long-standing conflict between game players and virtual currency “miners” around graphics cards, and graphics card manufacturers represented by Nvidia are in a dilemma between the two.

Since the advent of virtual currency, the controversy surrounding it has never decreased. Virtual currency is an electronic currency generated by open source P2P software. Unlike real money, virtual currency has the advantages of decentralization, high liquidity, security and private keys, etc., and is very popular among specific groups of people. Some of the more famous virtual currencies, such as Bitcoin and Ethereum, are even allowed to be converted directly into currencies in some countries and regions.

The method of obtaining virtual currency is actually a simple encryption calculation. As long as you have enough computing power, you can “minate” virtual currency in the vast sea of data. This behavior is also vividly called “mining”.

At the beginning of the birth of virtual currency, the behavior of “mining” was sporadic personal behavior, and at that time, it was less difficult to obtain virtual currency. People generally use the computing power of the CPU to “mining”.

However, with the increasing value of virtual currency in speculation, more and more people are participating in the cause of “mining”. And there is a trend of scale and industrialization. This makes it more difficult to acquire virtual currency.

Although the CPU has great advantages in complex computing, its absolute computing power is relatively low. This makes the efficiency and return of “mining” with the CPU low. Therefore, the “miners” in the virtual currency world crossed the sea and tried to mine with other equipment one after another. GPU is one of them.

Although the GPU’s ability to perform complex calculations is weak, it has high absolute computing power, and its mining efficiency and efficiency and income are greatly improved compared with CPU mining. Nowadays, the virtual currency “mining” army has formed a three-way situation in which GPU, ASIC and FPGA are divided into three parts.

Among them, although GPU mining is less efficient than ASIC and higher in cost than FPGA, GPU has high programmability. After ending the GPU’s “miner” career, it can be used for other purposes, and can even be sold to game players as second-hand items. This makes GPU mining popular with “miners”, which opens up the evil fate of virtual currency and graphics cards.

Lack of cards caused dissatisfaction among players, Nvidia sacrificed “killing tricks” to crack down on “miners”

In recent years, more and more players have entered the virtual currency, and even rich business giants such as Elon Musk have participated in it. This has led to the price of virtual currency rising all the way, causing more people to participate in the “mining” army to get a piece of the pie.

The sharp increase in the number of miners has led to the emergence of “one card is difficult to find” in the market. GPUs produced by manufacturers such as Nvidia were originally designed for gamers, but in fact they flowed into the virtual currency market in large quantities.

At the same time, many graphics card dealers are aware of the business opportunities in short supply of GPUs on the market and begin to hoard, causing the price of graphics cards on the market to soar. The continuation of this situation deepens the contradiction between game players and “miners”, and Nvidia, as a leading manufacturer in the GPU market, has fallen into a dilemma between players and “miners”.

The conflict between gamers and virtual coin miners broke out in 2017. In this year, Blue Hole, a game company, released the game PUBG, which was popular all over the world, which quickly spread through live games and other means, attracting the attention of players all over the world. Due to the high requirements for computer configuration, it set off a upsurge of configuration upgrades in the game circle that year. At the same time, the prices of virtual currencies Bitcoin and Ethereum also continued to rise in 2017. Both gamers and “miners” have a strong demand for new graphics cards, which finally makes the price of graphics cards unreasonable.

Nvidia graphics cards, which have always been loved by players, have become the focus of this conflict. A GTX1060 graphics card that meets the minimum game requirements of PUBG was speculated to 3,000 yuan in 2017, while the official price of this graphics card is only 2,000 yuan.

The huge premium stimulated gamers who wanted to upgrade their configurations to vent their dissatisfaction with GPU manufacturers such as Nvidia on social networks. In order to maintain its core users and stabilize the market, NVIDIA has also made a lot of efforts to this end.

In 2018, Nvidia GPU issued an announcement to dealers in response to the insufficient production capacity of graphics cards, requiring dealers to give priority to supplying game players rather than “miners”, so as to alleviate the situation that game players are “difficult to find a card”.

In the same year, Nvidia also launched a new version of GTX1060 3g of the GTX1060 graphics card, which has attracted the most attention in this wave of card shortage. This new graphics card only has 3g video memory, which barely copes with the needs of the game while not being able to obtain the profits expected by the “miner” in “mining”.

However, whether it is the sharp decline in virtual currency in 2018 or Nvidia’s various measures, it still does not solve the embarrassment of high price of graphics cards and difficulty in finding one card. And with the spread of the COVID-19 pandemic, the supply chain has become more tight. Due to the shortage of stock, gamers are increasingly resentful about graphics card suppliers, and Nvidia has to take new actions.

In February 2021, Nvidia launched a special CMP product for mining. CMP products do not display input, cannot process graphics, can only be used for “mining”. Wuebbling, a spokesman for Nvidia, said about CMP products, “Through CMP, we can help miners build the most efficient data center while retaining the GeForce RTX GPU for gamers.”

By May 2021, Nvidia finally offered a killing move. Nvidia said that in order to prevent its RTX 30 series graphics cards from being used as “mining”, it will limit some of its performance and minimize their role in virtual currency-related computing without damaging the game experience.

While the news cheered game players around the world, it also made Nvidia GPU stand against the “miners”, which eventually led to the hacking attack.

How does Nvidia deal with the revenge of miners?

On February 28, 2022, Nvidia was attacked by hackers, which once led to the offline of the email system and development platform. Later that day, Nvidia responded to the incident and said, “Don’t worry, at present, all the company’s business is normal. We counterattacked and hacked the other party’s mainframe in time. Nvidia has not received any impact because of this”.

However, this matter did not have this technology. The response of hackers and Nvidia’s feedback made this matter a suspense drama that everyone in the technology industry likes to talk about.

LAPSU$, A SOUTH AMERICAN HACKER ORGANIZATION, ANNOUNCED RESPONSIBILITY FOR THE INCIDENT AFTER NVIDIA ANNOUNCED. The organization generated an attack on the 28th.

In fact, they have been hacked into the Nvidia system for a week. During this period, they have obtained 1TB of Nvidia top secret information. Including the design blueprint, driver, firmware, various confidential documents, SDK development packages, etc. of 40 series graphics cards that NVIDIA has not yet released. Although Nvidia counterattacked, it was too late and all the data was backed up.

At the same time, the hacker explained the purpose of the attack to Nvidia. Hackers asked Nvidia to lift mining restrictions on RTX30 series graphics cards. This request also made the hacker organization quickly become a “goal thief” in the eyes of the miners, and immediately responded.

In fact, the world’s “miners” have been suffering from Via for a long time. Nvidia’s achievements in recent years are inseparable from the “mining” cause of virtual currency. In 2018, Nvidia announced its digital cryptocurrency revenue in its financial report for the first time.

Nvidia achieved $289 million in sales in the business that year, accounting for 9% of the total revenue, which greatly exceeded analysts’ previous estimate of $200 million revenue. It is not difficult to see from this figure that virtual currency has become an indispensable part of Nvidia’s revenue composition.

While Nvidia repeatedly stood in the position of players and fired at the miners, it enjoyed the benefits of the virtual currency boom, which had already made the “miners” very dissatisfied.

At this point, Nvidia still hopes to deal with the matter coldly and be silent about the hacker organization’s request to lift mining restrictions.
The ignored hackers thought they had been despised by NVIDIA, in response to disclose some of NVIDIA’s confidential information.

In this batch of materials exposed by hackers, the name and core code name of Nvidia’s future GPU architecture are included.

Through these data, good people have calculated top-secret data such as the approximate performance of NVIDIA’s 40 series graphics cards that have not yet been sold. At the same time, the source code of DLSS2.2, Nvidia’s core technology, was also announced.

As Nvidia continued to choose to ignore the behavior of hackers, the hackers further upgraded their requirements on March 1. According to PCMag, in addition to still requiring Nvidia to lift mining restrictions, hackers also proposed that NVIDIA must immediately permanently open source graphics card drivers, including Windows, Mac and Linux platforms, otherwise the future will be released on March 4.

In the past few years, Nvidia has completed the design graphics and technical data, computing technical data, future planning and business transaction secrets and other documents.

In the face of the threat of hackers, Nvidia GPU finally responded positively on March 2. Nvidia claimed that it had detected hacking attacks on February 23, quickly strengthened network security management and notified the police. Security experts were also contacted to assist us in counterattacking hacker organizations.

He also claimed that this incident had nothing to do with the Russian-Ukrainian conflict. Hackers did steal and leak some confidential company information, but we do not expect this attack to interfere with any business or affect Nvidia’s services to customers.

Since NVIDIA did not meet the requirements, hackers leaked emails and other data of more than 70,000 employees within NVIDIA on March 4, local time. However, as of press time, although Nvidia has exceeded the time stipulated by the hacker, the hacker has not released all 1TB of confidential data as previously said.

Due to Nvidia’s hasty performance and contradictory speeches in dealing with this matter, Nvidia GPU is currently being laughed at by game players and “miners”, and even many game players cheered for “miners” in this incident. As of press time, the hackers’ ultimatum has arrived. Let’s wait and see what actions they will do and how Nvidia will respond.