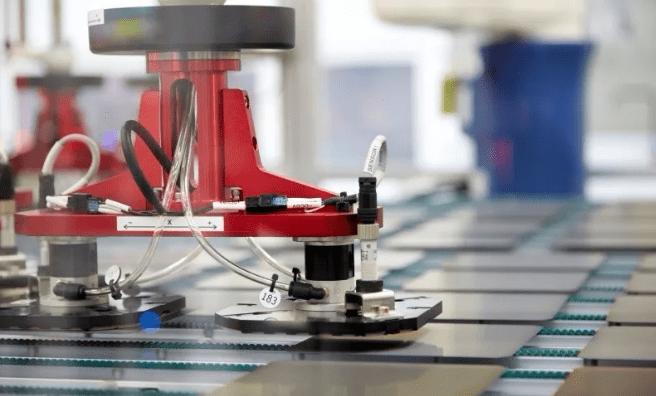 Eight of the top ten solar panel companies in global module shipments in 2020 are from China, The only exceptions are Hanwha Q-Cells from South Korea and First Solar from the United States, but First Solar takes the thin-film solar cell route, which has almost no intersection with the crystalline silicon solar cell route of Chinese solar panel companies.

Therefore, Hanwha Q-Cells is one of the few solar manufacturers that can compete with Chinese component companies.

In fact, Hanwha Q-Cells has been the strongest rival of China component companies in the past few years, but it has been slightly conservative in its expansion in recent years and has fallen to sixth place. Its strength cannot be underestimated. With many countries and regions in the world actively developing solar panel, Hanwha Q-Cells has also embarked on the road of expansion.

In the past ten years, China solar panel industry has developed rapidly, and after many technological transformations and policy adjustments, it has burst into greater vitality. It has become the leader of the global solar panel industry and has also nurtured a large number of world-renowned solar panel companies .

Recently, according to foreign media reports, Hanwha Q-Cells announced that it will invest 1.5 trillion won (approximately RMB 8.258 billion) in the next five years to increase production capacity and R&D activities to increase its exposure in the solar panel industry. Competitiveness. The investment plan this time will include the expansion of 3.1GW of production capacity in South Korea, and the TOPCon and perovskite cell technologies that have been the focus of the industry.

Among them, Hanwha Q-Cells, as the largest solar manufacturer in South Korea, is understandable to increase its competitiveness in the local market by expanding production in the context of increasing demand in the Korean market.

However, according to its official website, as of May 2020, Hanwha Q-Cells already has a photovoltaic module production capacity of up to 12.4GW , but the annual module shipments in 2020 are only 9GW. Is it too risky to invest a huge amount of money to expand production before the production capacity has not been fully released? Of course, considering that this investment plan lasts for 5 years, and under the pressure of my China solar companies to expand production, it is fairly reasonable.

As the third-generation solar cell, although the perovskite cell has the advantages of low cost and high conversion efficiency, its technical difficulty cannot be underestimated. Although many companies have recently announced that they will commercialize mass production of perovskite solar cell within three years, their comprehensive cost advantage has not yet been verified. Hanwha Q-Cells has announced that it has invested heavily at this time. If it is not “strong gambling”, perhaps Significant progress has been made in perovskite solar cells.

Q-Cells was originally a German solar company. During the years when Germany vigorously supported the development of the photovoltaic industry, Q-Cells became one of the world’s top photovoltaic companies. Its status is similar to that of JA Solar and Trina Solar. But Cheng Ye Xiao He defeated Xiao He. After Germany cancelled its generous solar power subsidies, Q-Cells also slipped from the top of the pyramid and declared bankruptcy in April 2012.

At that time, the industry was generally not optimistic about the development of Q-Cells. You must know that Q-Cells lost as much as 846 million euros in 2011, and its global production bases require huge operating costs, which is tantamount to a hot potato. . Many powerful photovoltaic companies in the industry are not optimistic about the follow-up development of Q-Cells.

Hanwha Group, which is the “outside man” of the photovoltaic industry, dared to invest heavily in the acquisition of Q-Cells in October of the same year and established Hanwha Q-Cells. It not only shocked the world, but also demonstrated the courage and adventurous spirit of the Hanwha Group.

Since then, Hanwha Group has made full use of its own advantages to carry out management and technical reforms to Hanwha Q-Cells, keeping it in the top ten global module shipments, and has also competed with China module leaders in different eras.

In the past ten years, Chinese Solar Panel industry has developed rapidly, but the leaders have changed from Wuxi Suntech Yingli Group to today’s Longi and JinkoSolar, but Hanwha Q-Cells has stood firm and has been ranked among the top ten in the world. Component companies have invested heavily in production expansion and research and development of new solar cell technologies to continue to challenge Chinese photovoltaic companies. It is really unpredictable which will win and which will lose.