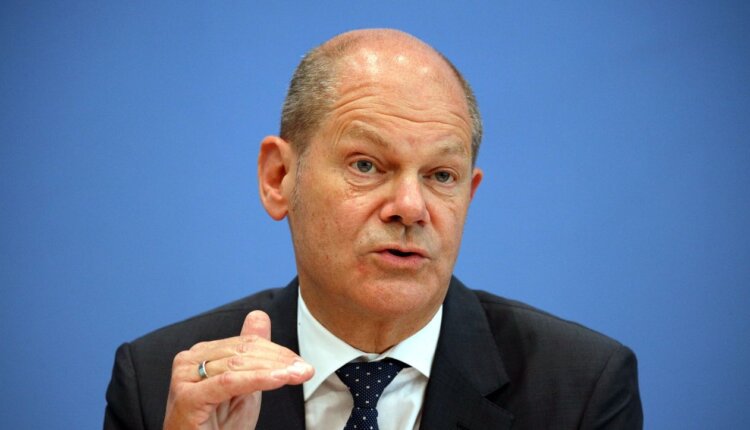 The federal government wants to demand reduce VAT rate on natural gas for a limited period of time. Chancellor Olaf Scholz (64) announced on Thursday that the tax should be reduced from 19 to 7 percent.

With the step, the gas customers would be relieved overall much more than they would be burdened by the state gas surcharge. The SPD politician said he expects companies to pass on the tax cut one-to-one to consumers. “This is a further step towards relief.”

The background is the gas surcharge, with which importers can pass on increased procurement costs to consumers from October due to the Ukraine war. All gas users, whether private individuals or companies, will then have to pay – initially around 2.4 cents per kilowatt hour. Value added tax also applies to the levy.

The federal government actually wanted to prevent this and thus ensure that the state did not earn money. According to European law, however, there is no provision for reduce VAT. The legal framework does not allow any exceptions, wrote EU Economic Commissioner Paolo Gentiloni (67) in a letter to Minister of Finance Christian Lindner (43).

However, the federal government has the option of reducing the applicable VAT to the EU minimum rate of 5 percent or leaving not reduce VAT unchanged and then paying it back to consumers afterwards, according to Gentiloni.

The traffic light coalition does not choose this step. Instead, she wants to use reduce VAT of 7 percent.

In Germany a VAT rate of 19 percent usually applies. However, 7 percent apply to selected goods. The tax relief that has now been announced should apply for the period of the gas levy, i.e. until the end of March 2024.

On Thursday, economists criticized the reduce VAT on natural gas announced by the federal government. “This is once again politics according to the watering can principle,” said the member of the scientific advisory board of the Federal Ministry of Economics, Jens Südekum (46), on Thursday of the Reuters news agency.

This is a step in the wrong direction.

“A policy would be needed that allows price signals to take effect and cushions the burden where it is necessary: ​​for people with low and middle incomes,” said the Düsseldorf professor. “The reduction in VAT misses both.” It also benefits high earners for whom the state is currently unable to provide relief. In addition, the incentives to save gas are reduced. “So exactly the opposite of what is actually needed is achieved,” said Südekum.

The chief economist at DZ Bank, Michael Holstein, evaluates the measure similarly critical. “It is true that financial relief for citizens is good for the wallet and therefore positive for the economy,” said Holstein. “On the other hand, expensive energy costs should encourage savings and not be reduced or capped by the state.”

This approach is reminiscent of the expensive tank discount, which ultimately did not provide enough relief. It would be better to provide targeted and direct help to households with lower incomes. “That’s what the social market economy is there for, especially in times of crisis.”

No waiver of VAT on gas levy, reduce VAT?

With the gas surcharge, importers will be able to pass on increased procurement costs to consumers from October due to the Ukraine war. All gas users, whether private individuals or companies, must then pay. VAT is also charged on the surcharge.

The federal government actually wanted to prevent this and thus ensure that the state does not earn money. However, European law does not provide for reduce VAT. The legal framework leaves no exception, wrote EU Economic Commissioner Paolo Gentiloni in a letter to Finance Minister Christian Lindner (FDP). However, the federal government has the possibility of reducing the applicable VAT to the EU minimum rate of five percent.

Minister of Economic Affairs Robert Habeck (Greens) welcomed Scholz’s announcement. It was always clear: We do not want people to be additionally burdened by VAT on gas levies. Since a direct tax exemption is not possible under European law, a temporary reduction in VAT on gas is logical.” In order for it to be easy and to reach consumers quickly, it makes sense to reduce it to seven percent. “This also compensates for other costs incurred through higher levies.”