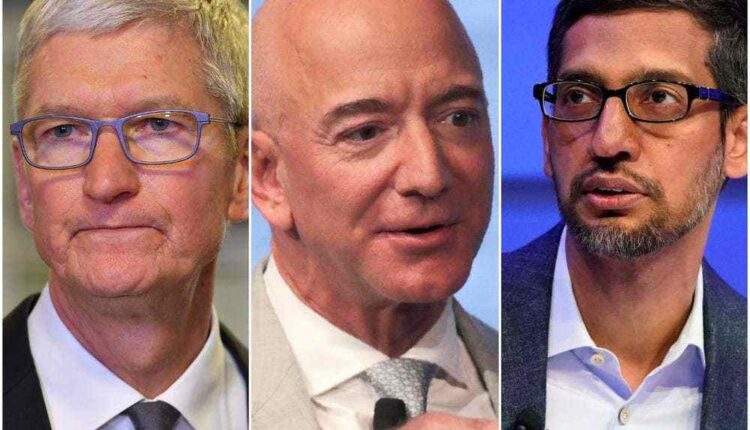 A low-carbon economy (LCE) or decarbonized economy is an economy based on low-carbon power sources that therefore has a minimal output of  greenhouse gas (GHG) emissions into the atmosphere, specifically carbon dioxide.

Decarbonize Google, CEO Sundar Pichai has always been known for remaining calm under heavy pressure. However, in a live speech in June, the CEO confessed to the outside world that he was in anxiety.

The 49-year-old tech giant has set a goal for himself: to make Google’s operation completely Decarbonize carbon-free by 2030. He said: “We hope that every Gmail email sent by people, every query made in Google Search Box, is completely carbon-free. This is our “moon landing plan”, which makes me feel more stressed.”

In recent years, Big Tech, represented by Google, has achieved record profits, but at the same time, there have been record high temperatures around the world. Correspondingly, these big technology companies have gradually improved their adjustment and measures to deal with climate change, because the challenges facing mankind are unprecedented, and the cost of failure is unbearable.

Last Monday, the United Nations Intergovernmental Panel on Climate Change released a climate report, which caused anxiety around the world. The report describes in detail how human activities heat the earth to a very dangerous level, which may accompany human beings for thousands of years.

Like all major industries, from transportation to construction, the technology industry needs to urgently examine its operation and see what measures can be taken to save mankind from climate havocaust.

Big tech companies have become synonymous with various corporate evils, including monopoly, invasion of privacy, etc. However, these technology giants have unexpectedly won praise in the fight against global warming.

Experts generally appreciate the work of Google, Microsoft, Facebook and other big technology companies on environmental protection. These companies are committed to Decarbonize their operations and adopting renewable energy at scale. Microsoft first proposed a carbon emission reduction plan, which is working to offset the carbon emissions created by the company since its establishment in 1975 in the future. It is Microsoft’s plan that promotes the concept of eliminating carbon emissions (Decarbonize) nationwide. Before that, no one had ever talked about carbon reduction.

In the face of widespread criticism and approaching strong regulation, big technology companies are taking advantage of the opportunity to combat climate warming to try to rebuild a positive social image. However, despite the efforts of these companies, which have indeed become pioneering role models in combating climate change, their actions are not enough to weaken the huge challenges posed by climate change. In addition, the role of social media in spreading climate change disinformation remains a major problem.

Decarbonize The guiding role of the technology industry

Limitations of the technology industry

Experts said that due to the poor performance of the government in responding to the climate, private sector action, including in the technology industry, is indeed extremely important, but it cannot be expected to completely solve the problem. Perhaps the most important weapon in the technology industry is its influence on national politics. Many big companies are working on green energy in their operations and supply chains, but this is not enough. More importantly, go to Washington to lobby politicians and provide them with truly effective climate solutions.

Although big technology companies strive to build their data centers into models of sustainable development, the sustainable development characteristics of their other businesses are not obvious. Greenpeace condemned Microsoft and Amazon for providing computing services to fossil fuel companies, which also triggered protests from their own employees. At the same time, Facebook has also been widely criticized because its social platform is full of climate change denials. In addition, the data centers of big technology companies actually consume huge energy, which is not as low as people think.

Some environmentalists point out that many electronic products have a short service life, and manufacturers do not care about the maintainability of these products, which causes great waste and damage to the environment. They believe that big technology companies should provide customers with more environmentally friendly options, such as providing low-carbon products by default; providing more transparent information on carbon reduction progress, and the company’s quarterly report should include not only financial data, but also updates on carbon reduction efforts.

For American companies, it is possible to force the disclosure of carbon reduction information in the future. In June this year, the Securities Regulatory Commission said that it would study specific climate indicators and how companies should fulfill their climate commitments of Decarbonize.

For years, tech giants have been suffering from scandals ranging from Facebook’s content censorship issues to Amazon’s ruthless corporate reputation and dangerous goods sales hobbies. The social profiles of these big companies have deteriorated further over the past 18 months, according to a recent survey, with only 34 percent of Americans now holding positive views on them, compared to 46 percent in August 2019.

By playing an active role on climate change, the technology giants will have the opportunity to reshape their image in public. Being proactive on environmental issues will help these big companies make a good impression before progressive legislators. These progressive legislators are generally more environmentally conscious, while skeptical of technology. In addition, a commitment to environmental protection can also help improve the morale of the employees of these companies, most of whom are professionals with strong climate protection awareness. Industry insiders say that if big technology companies want to recruit the best software engineers, they must have a good reputation for climate protection.

The beneficial aspects of climate change for big technology companies

It is expected that sea level rise, crop failure and extreme weather will cause huge damage to global industries in the next few decades. But to some extent, big technology companies are less vulnerable to the impact of the crisis.

With a highly mobile workforce, extensive talent pool and huge resources, the climate crisis may instead strengthen their relative strength. These companies have an advantage in adapting to extreme weather, because they have a lot of money to hire the best engineers. Apple, for example, has the ability to keep its supply chain redundant while moving workers out of areas with a drastic climate change, and the same climate shock will destroy most small businesses.

Similarly, small businesses are prone to chaos during the coronavirus pandemic, while large technology companies can still thrive. Amazon’s market capitalization has increased from $950 billion in early 2020 to nearly $1.7 trillion today, while Facebook has soared from $600 billion to $1 trillion.

However, such “prosperity” is only relative, and great care must be taken not to let climate change destroy the whole economy.