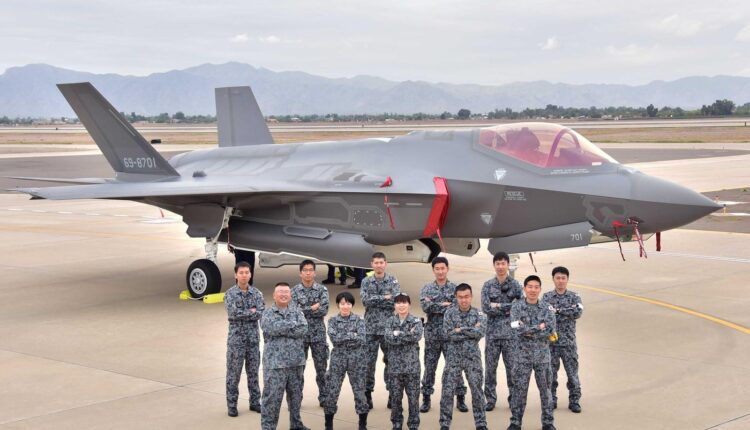 Many people know that the J-20 is a sharp blade of the China Air Force. It not only has outstanding capabilities, but also can complete many tasks as a multi-functional fighter. But why does China Air Force still use the Su-30 as the main fighter?

In fact China Air Force, the main reason why the Su-30 has taken the lead is that the J-16 has not yet completed its formation, and the Su-30 can still serve as the main force of Hainan Airlines to a large extent. Moreover, the ability of the Su-30 is obvious to all, which not only gives China the ability to attack Japan by air, but also greatly enhances the defense ability of China’s airspace.

The main use of the J-20 is air defense, while the Su-30 is more suitable for ground attack, so there is no conflict between the two. Moreover, there are about 70 Su-30s in China, and the J-16 will take over this task in the future. Although the J-16 is an upgrade on the basis of the Su-30 and has gained certain advantages in the capabilities of the Su-27.

After all, it can guarantee a load of about 10 tons in terms of bombs, and the combat radius is also It can reach 1,500 kilometers. In terms of overall ability, it is only a matter of time to take over Su-30.

The main reason why the Su-30 can take the lead is that the pilots of the China Air Force have a higher fit with the Su-30 and are more convenient to operate. That is to say, if they launch a war, the Su-30 can complete various difficult tasks when flying. Although the J-16 is technically stronger, it is making In terms of use, Su-30 is more mature.

Many people will compare the J-20 with the Su-30, but this is still unfair. After all, the two fighter jets are not comparable at all, and the targets are different. Although Su-30 is mainly aimed at the ground, it does not mean that its air combat ability must pull its hips.

It’s like it’s a truth that anti-aircraft guns cannot be deployed when tanks are deployed in an area. The functions of the two are different, so the value cannot be the same.

Air defense is a good thing for China Air Force J-20, but because the number cannot meet the strategic needs, it still needs to be held on this task like the J11 and the Su-27. Although the Su-30 is currently mainly composed of main fighters, it will be replaced by other more advanced fighters in the next 10 years. This is the general trend and also The inevitable result.

Although the Su-30 is a product of the last century, it is a powerful and versatile fighter. Although China’s domestic fighter jets have surpassed the Su-30 in terms of performance, the Su-30 has been constantly upgrading from beginning to end.

Su-30MKK upgraded the pulsed Doppler radar, which allows Su-30 to better detect the ground and the sea. Moreover, the detection distance of this radar is 110 kilometers, and the detection distance for surface warships reaches 200 kilometers. The most important thing is that it can also track 10 targets at the same time. This is already very powerful for a ground bomber. In addition, China Air Force Su-30MKK is also equipped with an early warning system, which can be scanned according to the terrain and alarmed in advance.

From 1990 to 2010, the Su-30 and the Su-27 can be said to support China’s air defense umbrella, which can be intimidated by other countries in terms of performance and power. After the subsequent J-10C and J-16 service, China air defense capabilities will be stronger.

In the subsequent upgrade, when the Su-30 gradually stopped taking the lead, they would continue to serve the China Air Force as air defense capabilities like the J-H7. In fact, although fighter jets like Su-30 cannot be comparable to the J-20 in the next 10 years, as a multi-functional fighter, they can still complete many tasks, even more powerful than the J-7. After all, China Air Force current pilots are more familiar with the Su-30, and compared with the J-7 It is more powerful in terms of performance.

What also needs to be mentioned here is that the reason why China has so many Su-30s is actually to save Suhoi, who was on the verge of bankruptcy. If China hadn’t put forward a big order in those years, Suhoi’s ending might have faced the same merger solution as Migojan. Migoyan’s most famous MiG fighter jet has never entered China since MiG 21, which also shows a certain problem.

China Air Force J-16 and the J-20 have their own strengths, and so does the Su-30. The Chinese navy has also become one of the countries with the strongest multi-faceted strike capabilities. Although the Su-30 fighters have lagged behind, they are still a sharp sword for the navy and air force. At the same time, the Su-30 is for later fighters. It’s also a try. In the future, Su-30 may even become a training machine, so that pilots can learn how to attack the ground more