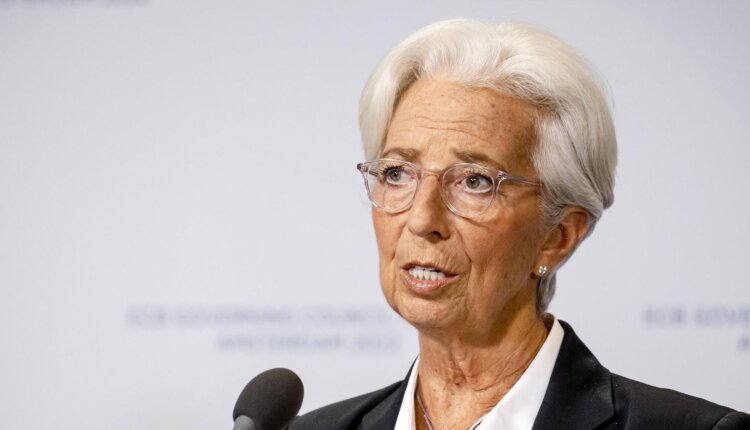 The President of the European Central Bank, Christine Lagarde, has reiterated the central bank’s determination to Inflation under to bring control. “ECB interest rates will raise for as long as it takes to bring inflation back to our target” Lagarde wrote in a guest post for the Funke media group published on Friday.

Lagarde: Will the ECB interest rates continue to rise? 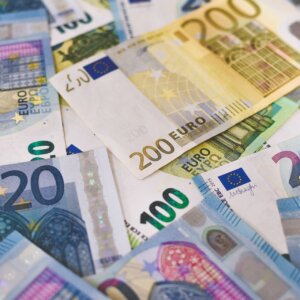 The ECB is aiming for inflation of 2 percent in the medium term. In the euro area, it is currently at a record high of 8.6 percent. In Germany it is 7.6 percent. “Inflation is too high,” wrote Lagarde.

High inflation is largely due to factors that central banks cannot control. “However, we can ensure that inflation does not remain permanently high.” The monetary policy council of the ECB agreed to bring inflation back to the target value in the medium term.

The ECB raised its key interest rates for the first time in eleven years on Thursday. The rate hike was half a percentage point higher than expected. However, the central bank started its fight against inflation much later than other large central banks, such as the US central bank or the British central bank. However, another measure by the ECB is controversial.

In order to ensure that the interest rate turnaround that has now been initiated does not put an excessive burden on highly indebted euro countries such as Italy, the central bank has devised a new anti-crisis instrument: the ” Transmission Protection Instrument” (TPI). Within this framework, the ECB intends to intervene by buying bonds if necessary, should the interest rates on securities in a euro state soar disproportionately due to financial speculation.

CDU Chairman Friedrich Merz criticizes the instrument. “If the ECB now wants to level out interest rate differentials on government bonds in the euro area by buying bonds from affected countries, this is the last step in financing state budgets with Central bank money. That is not covered by the ECB mandate,” Merz wrote on Twitter.

In his newsletter, the CDU boss writes: “The interest rate differentials that we are now seeing are not ‘unjustified’ or even ‘disorganized’ market dynamics, but precisely the answers of the capital markets, the risk assessment of the investors correspond”, criticizes Merz.

Thus Italy, Spain, Portugal and Greece rated as more risky than Germany, the Netherlands, Belgium and Austria.,The ECB meanwhile wants to concentrate on the purchase of public securities. These include government bonds.

The central bank announced that the remaining term of the paper should be between one and ten years. The purchase of private securities, such as corporate bonds, could be considered if necessary. “Particularly as monetary policy continues to normalize, the TPI will ensure that our monetary policy stance is smoothly transmitted to all euro area countries,” said ECB President Christine Lagarde in Frankfurt.

The ECB would rather not use TPI, the Frenchwoman assured. “But if we have to use it, we won’t hesitate.” The TPI would basically be applicable to all euro countries, as Lagarde emphasized.