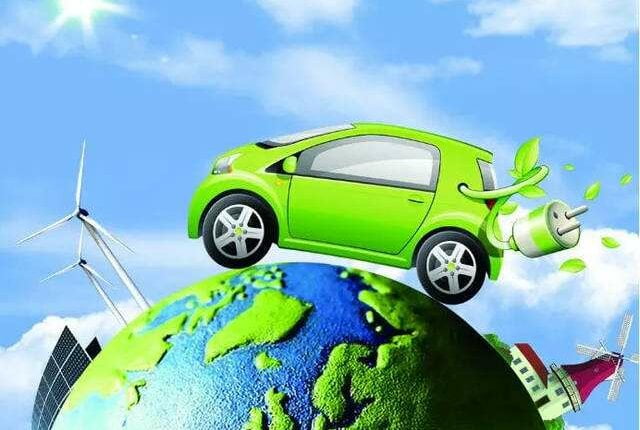 The pace of production expansion of lithium battery industry factories did not mean to slow down at all.

Lithium battery industry, Contemporary Amperex Technology (588.000, -2.00, -0.34%)(300750. SZ) The announcement disclosed that it is planned to invest no more than 24 billion yuan in the 7th to 10 phases of the Yibin Manufacturing Base of lithium battery industry. According to incomplete statistics in China, the expansion capacity of leading domestic and foreign enterprises in the next five years has been disclosed to nearly 2.5TWh this year.

However, Fang Jianhua, partner and president of the New Energy Vehicle Venture Sub-fund of the National Science and Technological Achievement Transformation Fund, predicts that the maximum space of domestic lithium battery industry will be 1TWh in 2025. While there is a hidden worry about excess capacity, upstream lithium salt is still highly dependent on imports, and it is also doubtful whether the supply chain can support capacity expansion. In this regard, Fang Jianhua thought of 2015.

At that time, it was necessary to rely on connections downstream to get batteries, but a few years later, there were many “black swans” in the industry. In the current situation of brutal expansion of production capacity, no one knows whether the “grey rhino” will appear again.

As Zeng Yuqun, chairman of Ningde Times, said, the deterministic opportunity for the new energy industry has arrived. According to the data released by the Passenger Association, the penetration rate of China’s new energy (4.230, 0.07, 1.68%)car market was 13.9% from January to November this year, compared with only 5.4% in 2020. Based on this, the Passenger Association predicts that the penetration rate of new energy passenger vehicles can exceed 20% in 2022.

However, according to incomplete statistics of battery China, the expansion capacity of leading domestic and foreign enterprises this year in the next five years has been close to 2.5TWh. Even conservative estimates, the expansion of Lithium Battery Industry production capacity is quite amazing.

The pace of expansion of battery factories may be too big. According to Fang Jianhua’s prediction, China’s sales volume of new energy vehicles will be about 3.4 million this year, 5.1 million next year, and 9 million by 2025. If you can infer from the number of 9 million new energy vehicles, the total demand for power batteries in 2025 is only about 600GWh. If the energy storage of 200GWh is superimposed and the competition in the foreign market of 200GWh, it will be 1T at most.”

Fang Jianhua further analyzed and pointed out that under the condition that the proportion of the power battery market remains unchanged, the market share of 5% of 10 million electric vehicles is only 500,000, that is, about 30GWh installed, and most lithium battery industry can only be obtained by competing crazily with Ningde Times, BYD, and foreign enterprises. .

The release of middle and upper reaches lags behind, and the supply chain will encounter a “big test”

There is no diaphragm with price changes this year, or the overall price will rise in 2022. Cailian News Agency’s previous report “Industry News | Diaphragm Price Increase Now Supply and Demand Tensions Next Year Expected to Intensify, Head May Benefit from Capacity Release”, shows that the prices of some wet diaphragm products have risen.

As the leader of lithium battery industry enterprises, the strong industrial chain status of Ningde Times makes it reluctant to get materials through advance payment.

However, it is worth noting that on December 24, Ningde Times passed Xiang Enjie shares (250.400, – 4.49, -1.76%)(002812. SZ) Shanghai Enjie, a holding subsidiary, paid 850 million yuan in advance to ensure that Shanghai Enjie supplied about 5.178 billion yuan of wet diaphragms for power batteries to Ningde Times and its subsidiaries in 2022, which reflects the pressure of diaphragm supply to a certain extent.

But if the proportion increases significantly, it is difficult in business logic. New Zhoubang, because of the different sales strategies, there are relatively more loose orders.

In addition to business logic, the most intuitive thing in front of suppliers is that whether it is a long agreement order or a loose order, the price given by Ningde Times is lower than that given by its peers. Under the situation that the supply of electrolyte exceeds the demand, electrolyte enterprises are obviously unwilling to make a meagre profit while providing more production capacity.

Therefore, guaranteeing supply, locking price, prepayment and other methods have become the conventional means for lithium battery industry enterprises to ensure the safety of the supply chain. However, under the circumstances that the expansion of lithium battery industry production can be called “fanaticism” and the upstream lithium salt resources are relatively “lagging behind”, Ningde Times has been strengthening “guarantee supply”.

Other lithium battery industry enterprises may also need to “extach magic power” to ensure the safety of the supply chain. For example, lithium salt and diaphragms, which are already tight in supply and demand, will not increase the demand in 2022, which means that there must be a capacity utilization rate of lithium battery industry enterprises that cannot be satisfactory.

“If there is no sustainable financial guarantee, this blind expansion will eventually become a ‘grey rhino’.” Fang Jianhua told Cailian News Agency reporters. However, financial guarantee is only one of them. Whether the real needs, the stability of technical processes can support rapid capacity expansion, management level and supply chain guarantee in the process of enterprise production expansion are also key factors.

Fang Jianhua gave an example to illustrate that climbing many lithium battery industry plants is an extremely painful process, because the monthly cost of 5GWh is as high as tens of millions. If the process is not mature enough and the yield is low, it will cause a huge waste of human, material and financial resources.

Sunwoda Electronic (42.160, 0.82, 1.98%)(300207), told Cailian News Agency that whether the enterprise has excess production capacity depends on whether the enterprise’s production capacity is high-quality in the future and whether it can enter the ranks of the most mainstream suppliers.” Money alone is not enough to make power batteries. It also requires strategy, supply chain, talents, and even the resilience to stick to it.

“I think the power battery industry will enter the oligopolistic competition mode in the future. Power batteries are technology-intensive, capital-intensive and economies of scale. After these conditions are screened, especially the big waves wash the sand. The winner must have continuous innovation ability, strong financial strength and vehicle-level quality assurance ability, so the barriers to this industry will become higher and higher. Liang Rui further analyzed and said.

Secretary-General of China Chemical (12,000, 0.03, 0.25%) and the Physical Power Industry Association, said, “How can the quasi-first-tier and second-tier enterprises get more orders and market share in the future also requires enterprises to pay continuous attention and efforts. It is necessary to avoid the elimination of many enterprises, as well as a large amount of waste and risk of resources, as the previous round of shuffling.

However, some people related to lithium battery industry enterprises told Cailian News Agency that under the case of the large-scale expansion of production by peers, if they cannot follow up, it means losing the voice of the industrial chain, and the decline in downstream market share is almost predictable. On the other hand, in the case of large-scale verification of installed capacity, it remains to be answered whether hundreds of GWh production capacity can find matching orders.