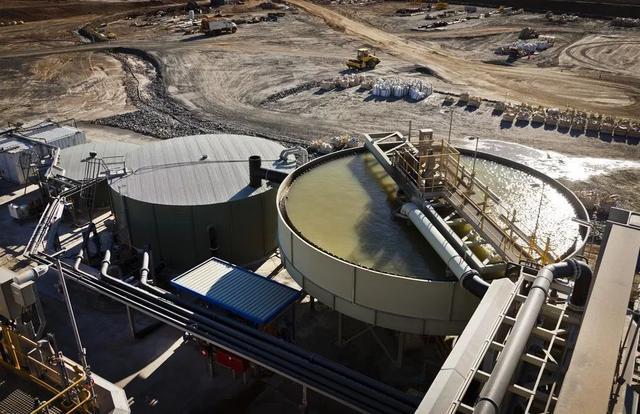 Is there another A-share company “grabbing lithium mining”?

Lithium Mining Industry, Zijin Mining (10.260, 0.17, 1.68 percent)total market value of more than RMB 2000 billion, has big news. The company intends to acquire all the issued shares of Neo Lithium at a total consideration of about 9.6 billion Canadian dollars (Note: at the current exchange rate, about RMB 50 billion).

According to the data, Neo Lithium mining is a well-known enterprise in the field of lithium brine development.

It is worth noting that lithium mines are very popular against the backdrop of the fire on new energy and new energy vehicle tracks. Since the beginning of this year, many A-share listed companies have increased their layout of lithium mines.

According to the announcement disclosed by Canadian lithium mining salt merchant Neo Lithium on October 8 local time, Zijin Mining has agreed to acquire all the issued shares of Neo Lithium at $6.50 Canadian dollars per share, with a total consideration of about 9.6 billion Canadian dollars (Note: At the current exchange rate, it is about 50 billion yuan). Renminbi), the transaction price is about 36% higher than the average premium of Neo Lithium on the 20th.

It is reported that Neo Lithium 3Q (Tres Quebradas) Lith Lake Project is one of the largest and highest-grade projects of its kind in the world.

According to Zijin Mining semi-annual report in 2021, Zijin Mining is a large multinational mining group engaged in the exploration and development of gold, copper, zinc and other mineral resources around the world, moderately extends smelting and processing, trade and finance business, etc., and has a relatively complete industrial chain. The company’s products play an increasingly important role in the sustainable development of the global economy and society and the transformation and upgrading of the clean energy structure.

During the semi-annual report period, the Strategy and Sustainable Development (ESG) Committee of the company’s board of directors proposed to take new energy and materials as an important development direction. The main business model of Zijin Mining is to strengthen the core basic position of Lithium mining, comprehensively improve the operation capacity of gold, copper and other main minerals, and take into account the potential of zinc, silver, iron and other minerals and new energy and new materials. The company ranks 398th in the global top 2000 listed companies of Forbes in 2021, 9th in the global metal enterprises, and third in the global gold enterprises; 67th in the Fortune 500 in China in 2021.

In fact, as early as the beginning of August this year, Chen Jinghe, chairman of Zijin Mining, said in public that he would seek opportunities to develop lithium mines at home and abroad, plan to acquire some projects and mining assets in the future, and open up the whole industry chain from lithium mining upstream resources to materials.

In addition, in the announcement, Zijin Mining said that as a polymetallic mining company mainly engaged in gold and copper, the company currently operates gold, copper, zinc (lead), iron, silver, tungsten, molybdenum, cobalt, platinum group metals, among which copper, cobalt, platinum group metals, etc. are new energy minerals. According to the company’s semi-annual report for 2021, gold, copper, zinc (lead), iron and silver and other businesses are the company’s sources of profits, accounting for 20.83%, 52%, 8.43% and 18.74% of the company’s gross profit respectively. At that time, the company did not have lithium mining ore resources and related businesses.

Under the background of the fire on new energy and new energy vehicle tracks, many companies have increased the layout of relevant tracks since this year, especially lithium mines, which contain many A-share listed companies.

For example, at the end of September this year, Ningde Times (534.000, 8.27, 1.57%)has cooperated with Millennial Lithium mining Corp. Sign an agreement to acquire a 100% stake in the company for 3.77 billion Canadian dollars.

It is worth noting that Millennial Lithium’s equity is not only favored by the Ningde era, but also by lithium mining giant Ganfeng Lithium mining (156.900, -6.04, -3.71%)has also made an offer for acquisition, but was eventually out.

According to the data, the 29 meeting of the fifth board of directors held by Ganfeng Lithium mining Industry on July 16, 2021 deliberated and passed the “Proposal on the Offer Acquisition of Canadian Millennial Company by Ganfeng International or Its wholly owned subsidiaries involving mining rights investment”, agreeing to Ganfeng, a wholly owned subsidiary. International Limited (hereinafter referred to as “Ganfeng International”) or its wholly-owned subsidiaries made an offer to acquire Canada’s Millennial Lithium mining Corp (referred to as “Millennial”) with their own funds, with a transaction amount not exceeding 3.53 billion Canadian dollars.

According to the announcement issued by Ganfeng Lithium Industry at that time, Millennial is a company registered under the laws of British Columbia, Canada and listed on the Growth Enterprise Market of the Toronto Stock Exchange.

The securities code is ML. Millennial was established on March 7, 2005. The company’s predecessor is Redhill Resources Corp. Millennial is mainly engaged in the acquisition, exploration and development of lithium mining rights, with the goal of becoming a competitive supplier in the lithium battery industry. Millennial’s main assets are the Pastos Grandes Lithium Salt Lake Project in Salta Province, Argentina, and the Cauchari East Lithium Salt Lake Project in Jujuy Province, Argentina.

The Pastos Grandes Lithium Salt Lake Project is located in the central part of the Salar de los Pastos Grandes region of Salta Province in northwest Argentina. It holds a mining concession of about 14,093 hectares, which Millennial holds 100% benefits of the project. The Cauchari East Lithium Salt Lake Project is located on the east side of Cauchari-OlarozSalar, Jujuy Province, Argentina. At present, the project is still in the early stage of exploration, the relevant license is still in the application stage, economic resources, if any, etc. Millennial holds 100% interest in the project.

Suspected Of Being Extremely Attacked By Sonic Weapons, USA diplomats in Germany show nausea, dizziness and other symptoms