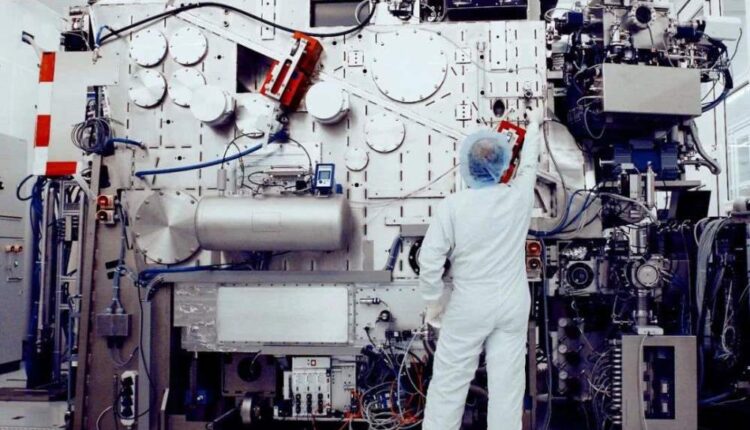 ASML, the world’s leader of photolithography machines, will hold Investor Day on Wednesday afternoon local time. In a statement issued in advance, the company clearly expressed its optimistic position on the prospects of the high-end lithography machine business.

ASML leading enterprise providing key production tools to the chip manufacturing industry, ASML expects this round of global trends in the electronics industry to continue to inject momentum into the growth of the semiconductor market. At the same time, the growth of the chip terminal market and the increase of lithography intensity will also drive the demand for the company’s products.

In terms of specific revenue data, company annual revenue to be between 24-30 billion euros in 2025 under different circumstances, which is significantly higher than the earlier estimate of 15-24 billion euros, while the gross profit margin in 2025 will be about 54% and 56%.

By contrast, ASML achieved a total revenue of 14 billion euros in fiscal year 2020, with a gross profit margin of 48.6%. ASML also expects that there will still be significant growth opportunities in the market after 2025. Based on external reports and internal expectations, the company believes that the annualized growth rate of system and installation service revenue can reach 11% in 2020-2030.

Although it seems that ASML has significantly increased its revenue from photolithography machine sales in the next few years, against the background of Samsung, TSMC, Intel and other manufacturing giants waving checks to seek rapid expansion of production, ASML expectations may be far from too confident. TSMC alone has shouted for a $100 billion increase in three years. Production capacity and plans for advanced research and development processes.

The terminal market also expects strong demand to last for several quarters. Su Zifeng, CEO of AMD, mentioned on Tuesday that the supply tension of key electronic components around the world is likely to continue until the first half of 2022.

Peter Winningke, CEO of ASML, also said in July that in addition to CPU manufacturers, memory chip manufacturers’ demand for ultraviolet lithography machines (EUVs) is also on the rise. Faced with downstream waiting for lithography machines, ASML said that it would actively increase and increase production capacity with supply chain partners to meet these needs. At the same time, the company also emphasizes that the explosion of performance will bring more dividends and repurchases.

Why does USA government require TSMC and others to Quick hand in core business workable data?