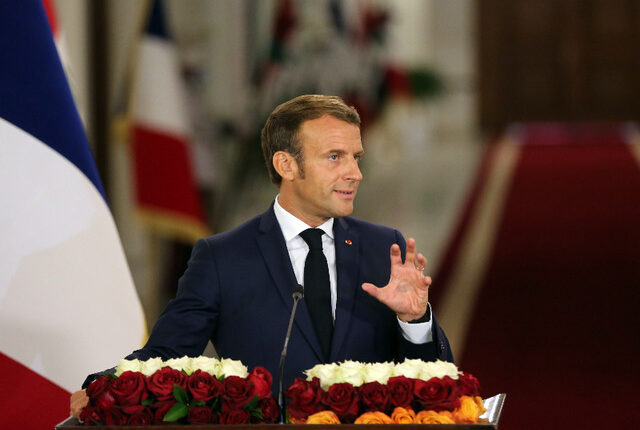 Macron said during an inspection in the province of Seine-Saint-Denis that France is starting solutions against the rise in international energy prices, especially natural gas prices , has pushed up energy prices in France and Europe.

“In the next few days, France Is introducing further measures based on the development of the situation (Rising Energy Prices in Europe)”.

Recently, the rising energy prices in Europe have aroused widespread concern. The inflation rate in the Eurozone reached 3.4% in September, a 13-year high. Among them, higher energy prices were the main reason for pushing up inflation, France is one affected too.

In an environment where natural gas prices have repeatedly hit record highs and “gas shortages” are sweeping Europe, Russian President Vladimir Putin publicly stated on October 6 that Russia is willing to play a role in stabilizing the natural gas market and plans to increase pipeline gas supply to Europe.

He revealed, “The sales of natural gas to Europe may set a record, and the flow of natural gas through Ukraine may also exceed that of Russia. The contract between Qi and Kiev is quantified.”

TASS reported that Gazprom may increase pipeline natural gas supply in the near future to help Europe avoid a full-blown energy crisis. In addition, Rosneft President Xie Qin also expressed his desire to export natural gas and said that Rosneft is seeking an authorization to export 10 billion cubic meters of natural gas through pipelines.

Some natural gas traders said that one of the driving factors for the price increase is Russia’s restricting its European natural gas supply to the level of long-term contracts and reducing Gazprom’s storage facilities on the European continent to a very low level. In this regard, Putin said that Gazprom has exceeded its contractual obligations for gas supply from Ukraine to Europe so far this year.

Gazprom said that the increased supply of natural gas to Russian gas producers and European consumers will bring a calming effect. “We are relieved and agree to this approach.” said Elena Burmistrova, head of the Gazprom export department. “The turbulence in the European gas market threatens the stability of the regional economy and proves that the long-term contracts we promote are a safer option.”

Winter is approaching, the supply gap may increase

After Putin expressed his intention to stabilize gas prices, the European natural gas market, which has soared prices, has eased, and at the same time, to a certain extent, it has suppressed the inflationary pressure of the manufacturing and industry in the region. However, the industry is still worried that the winter season with huge gas consumption has not yet arrived, and it may be difficult for Europe to avoid a greater gas supply gap would lead to more Rising Energy Prices in Europe, what is your opinion ?