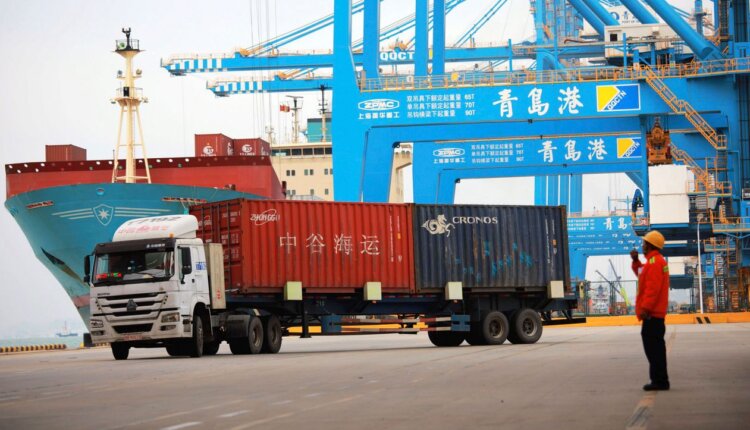 China exports are rising surprisingly unexpectedly in July, boosting the economy weighed down by the coronavirus pandemic.

According to customs, exports rose by 18 percent compared to the same period last year. This is the steepest climb so far this year. In June the increase was 17.9 percent.

Experts had expected an increase in exports of 15 percent. However, many analysts expect exports to slow as global demand slows.

Exports are one this year of the few rays of hope for the world’s second largest economy. Lockdowns in the midst of the corona pandemic are hitting the population and companies hard. The once extremely strong and state-supported real estate market is reeling from one crisis to the next.

The July data on imports point to a continued weakening of domestic demand. Imports rose by 2.3 percent compared to the same period last year and fell well short of the forecast of 3.7 percent. In June, the import plus was one percent.

Suffering from this also German exporters. China’s imports from Germany fell 6.7 percent. In contrast, Chinese exports to Germany increased by 17.6 percent. The trend in trade with Europe is similar. China’s exports to the European Union even increased by 23.2 percent, while imports from the Community fell by 7.4 percent.