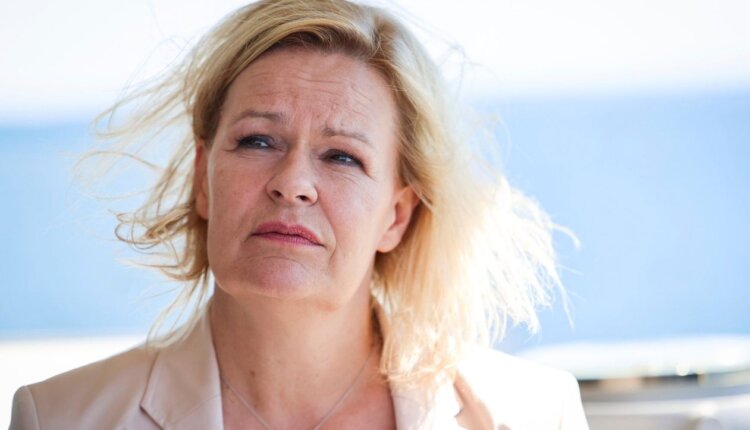 Attacks on gas terminals? In view of the Russian war of aggression in Ukraine and increasing protests in Germany against the federal government’s energy policy, Federal Minister of the Interior Nancy Faeser (52, SPD) before possible attacks.

“We have to be prepared against possible attacks on gas terminals and other critical infrastructure,” said Faeser of “Bild am Sonntag”.

“Targeted attacks on the energy sector or attempts by extremists to abuse legitimate protest, as in the Corona crisis,” are conceivable, said the interior minister. However, she does not expect uprisings. “We are alarmed by the attempt by left-wing extremists to exploit climate protests,” said Faeser. “On the other hand, of course, we continue to see the danger from the right.”

Against this background, Faeser announced that there would be no savings in internal security. Rather, the Federal Police will be strengthened this year with 1,000 new posts.

The Russian threat also means a turning point in internal security, the minister said. “We must protect ourselves against massive disinformation campaigns and cyber attacks by Russia.” In their opinion, the German security forces are currently successful: since the beginning of the Ukraine war there has not yet been a successful major Russian cyber attack on German systems.

Because many legal subtleties still need to be clarified. talked to Martin Riedel, one of the leading lawyers for energy law, about the legal pitfalls.

Can the gas surcharge really be passed through?

In theory, this is how it should be done: The so-called market area manager, the company Trading Hub Europe (THE), allocate the 2.4 cents to the energy suppliers, who then pass on the costs to the end users. However, if a heat generator is still connected, it gets tricky.

“Gas suppliers can pass on the surcharge to the heat generators, but they usually have no chance of passing it over to landlords and owners on the basis of the current contracts,” says Riedel.

However, energy law expert Riedel is skeptical that this succeeds: “I have great constitutional doubts that the legislator can intervene in existing civil law treaties.”
The consequence would then be that every company that generates heat from gas would remain seated at the costs and possibly have liquidity problems.

From whom can Germany state demand the gas levy at all? 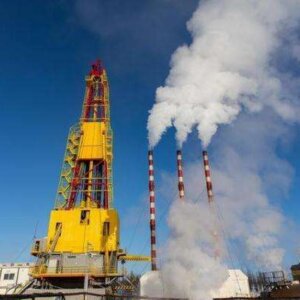 In principle, all gas users in Germany should pay the levy, regardless of whether their supplier obtains gas from Russia at all or not. If you do not heat or cook with gas, on the other hand, you do not have to contribute to the costs.

“The legislator is not consistent here,” says Riedel. “With the gas users, everyone is equal, but solidarity then breaks off.” This can be considered unfair, because only about half of the German population co-finances the state task of gas supply.

On the other hand, only those who get gas can save it, is the argument of the Minister of Economic Affairs. After all, this is another hoped-for effect of the gas levy – in addition to saving crisis-ridden energy importers such as Uniper.

On the other hand, it can also be viewed critically that no distinctions are made among gas users, Riedel continues. For example, the West of Germany, which rather does not obtain its gas from Russia, should now pay for the dependence problem of the East.

According to the will of the Federal Government, not only customers who do not obtain their gas from Russia should be affected by the levy, but also those with contracts at a fixed price. This type of contract is intended to prevent additional costs.