Night trains: This is how useful train could outperform cars and planes 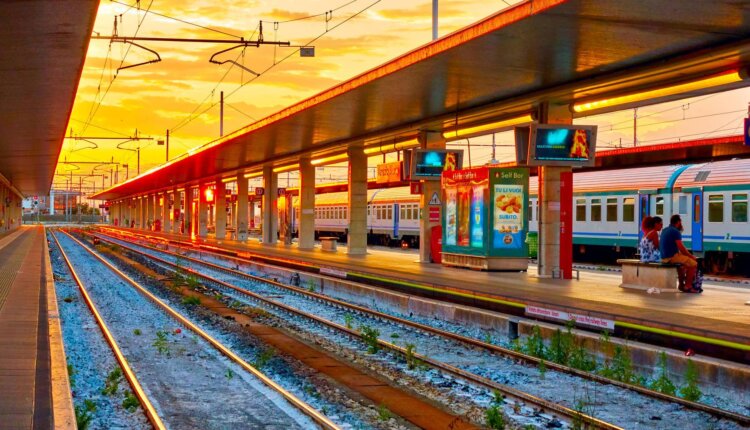 Night trains, In love or not: Venice is always worth a trip. Especially now that the mooring ban for gigantic cruise ships promises emptier streets.

However, many visitors to the lagoon city still rely on another climate-damaging means of transport to get there.

Following the initial shock of the pandemic, the number of air trips has picked up again: the air traffic controllers at Eurocontrol assume that the number of flights this year will almost reach the pre-pandemic level again.

For example, there is an attractive alternative for traveling to Venice – at least if you live in the foothills of the Alps Get off in the center of Venice at 3:00 p.m. – art and culture immediately, instead of check-in, queues and bad food on the plane.

But the good connection between Munich and Venice is an exception.,In the past 70 years, the Deutsche Bahn has reduced 15,000 kilometers of track and pulled its trains out of the area. Since 2007 alone, the railway network has shrunk by more than 570 kilometers, a distance roughly the same as from Berlin to Munich.

Things are not looking good for the train fleet either. ,In 2016, Deutsche Bahn completely discontinued its night train lines and that despite increasing passenger numbers.

Since then, the Nightjets of the Austrian Federal Railways (ÖBB) have also been operating their sleeping cars in Germany.

So far, however, the trend in Europe has tended to follow the German example: across Europe, the number of night trains has fallen by almost two thirds since 2001. ‘In view of this development, it is not surprising that the transport sector is the only sector that has not been able to show any significant reductions in emissions since 1990.

But by 2030, more than 40 percent of greenhouse gases must also be saved here, according to the amended Climate Protection Act. ,The fact that people would be quite willing to switch to the train is currently shown in particular by the 9-euro ticket: in the first month alone, more than 21 million of the discounted tickets for local public transport were sold throughout Germany.

So ​​the potential is there : With reasonable prices, a cross-border booking system and comfortable sleeping accommodations, long-distance and night trains could steal the show from low-cost airlines and cars in the future.

But there is still a long way to go. “Train travel in Europe works – if you know where and how to look for tickets,” says Kerstin Haarmann, Federal President of the German Transport Club (VCD). Because there is no uniform booking portal. To travel from Stuttgart to Barcelona you need tickets from three different railway companies.

The VCD train test also states: “The ticket booking for international connections (can) be a nerve-wracking affair”. developed into a real alternative to flying, which is harmful to the climate, the costs must also come down.

According to a representative YouGov survey from 2021, 73 percent of respondents in Germany, Poland, France, Spain and the Netherlands argue that the train should be cheaper as the plane. So far it’s the other way around. “A Mallorca flight would have to cost 400 euros ,” demanded Karl-Peter Naumann, honorary chairman of the Pro-Bahn passenger association in a recent interview by Business Insider.

Thanks to tax-free kerosene and the elimination of the value added tax for international air travel, the plane is unbeatably cheap in most cases. The planned kerosene tax of the EU is still pending; many travelers have become accustomed to flying at taxi prices.

The train cannot keep up. According to EU regulations, it also has to collect train-path prices for every train journey a kind of rail toll.

The train operators pay fees to the owners of the rail infrastructure for every kilometer travelled. This increases ticket prices. Internally, too, the night train networks are too expensive for many railway companies.

In an interview with Investigate Europe, political adviser Jon Worth said about the Paris-Barcelona connection of the French state railway company SNCF: “If there were a train at night and during the day, the rail market share on this route would be higher, but SNCF would have less money earn money because the costs for night train operations would be higher.

That means: SNCF has stopped the connection solely for business reasons.” But there is also reason for hope, because the pressure is increasing.

Due to the climate crisis, first promises from politics and increasingly loud demands from the population, the railway companies in Europe are under pressure to act.

The largest train operators from Germany, France, Austria and Switzerland announced a promising one on the sidelines of a conference of transport ministers at the end of 2021 Action plan.

By the end of 2024, they want to put additional night train connections into operation in order to eventually connect 13 major cities in Europe with night trains. A manager can then sleep from Munich to Milan, from Hamburg to Vienna.