The curtain of the Nobel Prize 2021 season is about to start, Whether mRNA can make an exception to win the prize has become a suspense 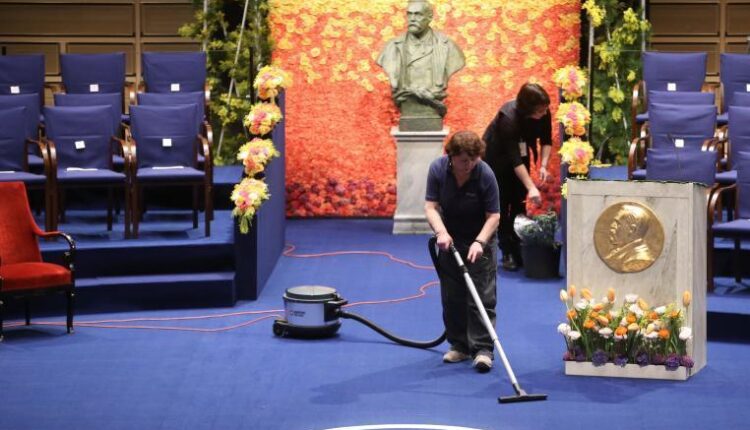 “Usually speaking, Nobel Prize winners need to queue up, sometimes even for decades.” One scientist said, “I think mRNA will definitely win the Nobel Prize 2021, but it may not be this year.

Nobel Prize 2021, The pace of scientific discoveries has been moving forward rapidly, and it took scientists less than a year to develop a vaccine to deal with the coronavirus epidemic to control the epidemic. This also makes mankind focus more on the role of science in social development.

The Nobel Prize representing the highest achievements in science, will be announced from October 4, when the greatest scientists from the fields of physics, chemistry and medicine will be recognized. These winners may also change from obscurity to the focus of world attention, and the biotechnology behind vaccines has become a hot contender for Nobel Prize 2021.

It’s only a matter of time before mRNA will win the Nobel prize 2021.

However, there are also some “vanes” to refer to before the announcement of the Nobel Prize 2021, including the Lasker Award, the highest award in the medical industry, and the Breakthrough Award for Emerging Science initiated by Google and Facebook founders.

This year Lasker Award and Breakthrough Award for Life Sciences were awarded to two scientists who have made outstanding contributions to mRNA vaccine research and development. They are Katalin Karikó, a scientist at BioNTech in Germany, and D, professor of vaccine research at the University of Pennsylvania in the United States. rew Weissman. The mRNA technology jointly developed by the two provides the basis for the coronavirus nucleic acid vaccine currently widely used.

When this technology was first discovered in 2005, it did not attract the attention of the industry, but now it has become one of the popular biotechnologies with great application prospects.

In response to widespread doubts, scientists still believe in the prospect of mRNA therapy. They have created a technology that is not only crucial to today’s fight against the novel coronavirus, but also brings broad prospects and legacy to future vaccines and treatment of multiple diseases, including HIV, cancer, autoimmune diseases. SPREAD DISEASES.” In September this year, the Breakthrough Award was stated in an announcement.

On September 25, the most famous Lasker Award in the medical field was announced. Karikó and Weissman won the Lasker Clinical Medical Research Award to reward them for their contributions to the development of mRNA vaccines.

However, there is still a debate about who should win the Nobel Prize 2021 for pioneering this technology. Research on mRNA began as early as the 1980s, involving different groups of scientists around the world. However, according to the rules, the Nobel Selection Committee can only award one award to three people at most. At a time when many scientific research requires a large number of scientists to cooperate, it is becoming more and more difficult to choose the most important three people to win awards.

In a recent article about the history behind the aura of mRNA vaccine, Nature also mentioned Professor Robert Malone of the Solke Institute of Biology in California, USA, and Development at the University of Arizona in addition to Karikó and Weisman’s names. More than a dozen scientists, including biologist Professor Paul Krieg, Professor Douglas Melton, a developmental biologist at Harvard University, Professor Philip Felgner, a biochemist.

Robert Malone believes that he should be regarded as the first discoverer of mRNA technology. As early as 1987, Malone mixed mRNA chains with fat droplets, causing human cells to absorb mRNA and start to synthesize proteins with it. In 1988, Malone wrote in his notes: “If cells can synthesize proteins with mRNA sent to their interiors, RNA can become a drug.” Many mRNA technologies used in today, including coronavirus vaccines, were invented many years after the Malone study.

Despite the high demand for mRNA technology, many scientists told China Business Reporter that mRNA is unlikely to win Nobel Prize 2021. Generally speaking, Nobel Prize winners need to queue up, sometimes even for decades. One scientist told the First Financial Reporter, “I think mRNA will definitely win the Nobel Prize, but it may not be this year.”

However, some scientists believe that the impact of the coronavirus epidemic on mankind may cause the Nobel Selection Committee to break the routine. According to the latest data as of October 2, the number of deaths due to coronavirus diseases worldwide has exceeded 500,000.” If the Nobel Selection Committee did not award the award to mRNA epidemic technology, it would be a mistake. Ulrika Bjorksten, a Swedish science reporter, commented.

A biochemistry researcher told China Business Network: “Even if mRNA wins Nobel prize 2021, it may not be a medical or physiological award, but more likely a chemistry award.”

The Clarivate Institute of Scientific Information, a research company, predicts Nobel by viewing the frequency of scientists’ key papers cited by peers. David Pendlebury, a senior citation analyst at the agency, also believes that it is too early to win the Nobel Prize 2021 for the science behind the coronavirus vaccine.

Pendlebury believes that the Nobel Prize Selection Committee may award the award to Jacques Miller, a French-Australian scientist, in recognition of his findings in the tissue function of the human immune system in the 1960s, especially B-cell and T-cell immunity, cell immunity The epidemic also provides a basis for vaccine research.

This year’s Raske Award for Basic Medicine was awarded to three scientists who have contributed to photogenetics, namely Dieter Oesterhelt, a chemist at the Max Planck Institute of Biochemistry in Germany, and Professor of Biophysics at Humboldt University in Berlin. Peter Hegemann and Karl Deisseroth, a professor at Stanford University in the United States. It is speculated that photogenetics is also a hot contender for the Nobel Prize 2021.

The Breakthrough Award Foundation said that before their next-generation gene sequencing technology was invented, it might take months and cost millions of dollars to resequencing the complete human genome; today gene sequencing can be completed in 24 hours, and the cost dropped to about $600, changing the way, including biology and Precision medicine and other disciplines.

Other possible areas of award include cell communication, operation of the immune system, discovery of breast cancer genes, epigenetics and antibiotic resistance.

The Nobel Prize in Medicine or Physiology will be announced and kicked off on Monday, followed by the physics, chemistry, literature and peace prizes. The last award announced is the Economics Prize, which will end the Nobel Prize 2021 season on October 11.

The Nobel Foundation has announced that due to the impact of the epidemic, the grand award ceremony and banquet for science and literature winners held in Stockholm in December this year will be cancelled as last year, and the winners will be awarded awards in their respective countries. The bonus for each award this year is SEK 1000 million (about 737 million yuan).

Potential female science winners of this year’s Nobel Prize include the British physicist Jocelyn Bell Burnell, whose work in discovering pulsars is considered to be one of the major astronomical discoveries of the 20th century. In medicine, American geneticist Mary Claire King found BRCA mutations and their association with breast cancer risk, confirming the genetic risk of cancer.