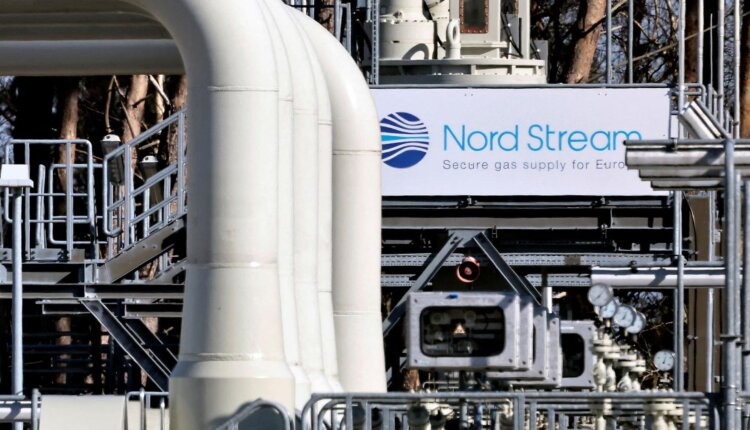 As of Monday morning, gas will no longer flow through the Nord Stream 1 gas pipeline. The reason for this is annual maintenance work that the operator announced a long time ago. Among other things, Federal Minister of Economics

Robert Habeck (Greens) has expressed acute concerns that Russia will not be able to turn on the gas tap even after the maintenance is complete. As the operating company Nord Stream AG announced, the work should last until July 21. During this time, no gas will be transported to Germany.

In June, the Russian state-owned company Gazprom had already determined the delivery volume through the more than 1200-kilometer pipeline from Russia to Mecklenburg- Western Pomerania throttled significantly – and this is also due to the lack of a turbine.

According to the Federal Network Agency, the line is currently only being used at around 40 percent. Russian gas deliveries via other lines to Germany had also recently declined. At the same time, several European countries have already stopped receiving gas from Russia.

Since the start of the Russian war of aggression in Ukraine at the end of February, the supply of gas to Europe from Russia has been considered endangered operator to ten days. We are talking about checking and, if necessary, repairing or calibrating the power supply, fire and gas protection and certain valves. Software updates would also be made.

The offshore pipelines remained under pressure. Such work would have taken between 10 and 14 days in previous years. However, they sometimes deviated from the deadline set. According to the Federal

Network Agency, the work is not taking place directly on the line, but at the compressor stations, for example in Lubmin. In model calculations, the authority assumes up to 14 days, but has already included a time buffer.

Under normal circumstances, however, the work should be able to be completed within the planned period. According to models from the authority, a permanent shutdown could possibly lead to a gas shortage in Germany in winter.

Canada gave the green light on Saturday for the delivery of repaired ones Turbines for the Nord Stream 1 gas pipeline to Germany.

Canada will Siemens Canada “grant a temporary and revocable license to bring the repaired Nord Stream 1 turbines back to Germany,” the minister said for Natural Resources, Jonathan Wilkinson. “Without the necessary supply of natural gas, the German economy will face very great difficulties, and the Germans themselves risk having to sell their homes in the coming winter can’t heat.”

Russia cited the failure of a turbine in mid-June as one reason for curbing its gas supplies via the Nord Stream pipeline. The federal government questioned this argument. Economics Minister Robert Habeck (Greens) said that from his point of view it was “a political action” and “the technical reasons are only pretended”. The federal government had been in “intensive contacts” with Ottawa for several weeks, despite the sanctions against Russia to achieve a return of the turbine to Europe.

Ukraine, on the other hand, had called on Canada not to return the turbines, which are currently in the Siemens group’s workshops near Montréal.