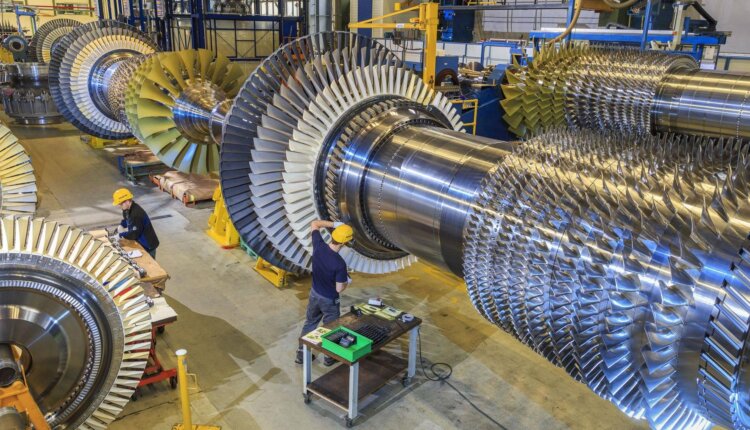 What happened on July 11 has been warned about for months: Russia stopped gas supplies via the Baltic Sea pipeline Nord Stream 1.

It is true that initially everything is going according to plan, since it is merely a matter of maintenance work, which interrupts gas supplies every year at this time.

Unlike in previous years, however, there is now concern that deliveries may not start again after the ten-day interruption.

His ministry has calculated that a complete failure of deliveries through Nord Stream 1 could have dramatic consequences for the German gas supply. After all, most of the gas is currently coming through Nord Stream 1 – albeit already throttled to 40 percent. The Russian side says this is due to a missing turbine.

This is located for repair work at Siemens in Montreal, Canada and is required to compress the gas for transport in the tubes of the pipeline. ,Because of the Western sanctions against Russia Nord Stream 1 turbine has not yet been returned. In the meantime, the component has become a political issue.

Canada has meanwhile announced that it will allow delivery of the serviced turbine from Montreal despite sanctions against Russia. Canada will give “a temporary and revocable permit” to Siemens Canada, said Minister Jonathan Wilkinson, responsible for natural resources, on Saturday and then delivered to Russia Nord Stream 1.

Sanctions should hit Russia harder than Germany, he said on Friday. In a statement, Ukraine’s foreign and energy ministries said they were “deeply disappointed” by Canada’s decision.

Ever since Russia attacked Ukraine in February, efforts have been made on the German side to reduce dependence on Russian energy sources. The gas in particular causes problems, since the delivery by fixed pipelines is much more difficult to replace than oil and coal, which can be transported in different ways. In 2021, gas accounted for 26.7 percent of the energy consumed in Germany and was the second most important source of energy after mineral oil and heating oil.

Renewable energies were in third place with 16.1 percent. At the time, gas was considered an important bridging technology on the way to the energy transition.

A significant proportion of over 55 percent of this gas came from Russia. Since the start of the Ukraine war, this proportion has fallen to 38 percent, according to the federal government . In addition, gas consumption has fallen since the beginning of the year compared to the previous year. Nevertheless, it has not yet been possible without Russian Nord Stream 1 gas.

This is particularly noticeable in the preparations for the coming winter, because the gas storage tanks are filled up in the summer. Despite all the problems and uncertainties, this initially ran at a similar pace to previous years. The filling level is now a good 63 percent. The goal is to reach 90 percent by November. A calculation by the Ministry of Economics shows that this can only be achieved if at least 40 percent of the planned gas volume flows through Nord Stream 1 to Germany after the maintenance work and the export volumes also decrease Months are enough and therefore not even an entire heating period.

The gas storage alone cannot therefore secure the energy supply. Habeck therefore called for energy saving in the short term. In addition, gas should no longer be used to generate electricity, after all natural gas accounts for 10.5 percent of the German electricity supply. Instead, more electricity is to be generated from coal.

Thilo Schaefer, energy expert at the institute of the German economy (IW), says in an interview : “The supply situation is also influenced by how successfully energy can be saved. This applies both to consumers and to industry.”

Despite the measures, the government is on alert. In the event of a tight supply situation, the gas emergency plan comes into play. This has three levels that regulate how the small amount of gas is distributed in an emergency. The second stage has now been announced. Read here exactly how the levels work.

It is particularly important that private households are given special protection. But neighboring European countries are also dependent on German gas supplies.

On the website of the Ministry of Economic Affairs it says: “Significant amounts of gas are transported to other EU countries via German territory.” Energy expert Schaefer explains: “Germany is not only a gas importer, but also an exporter. Through a so-called SOS contract with Austria, Germany would also be obliged in an emergency to prioritize the supply of Austrian private households, if necessary before German industry.”

This is what is meant Solidarity agreement signed with Austria in 2021. The State Secretary at the time, Thomas Bareiß, said at the conclusion: “Security of supply in Europe is important. In the extremely unlikely event of an extreme gas shortage, we have defined in the agreement how Austria and Germany can help each other quickly.”

A similar agreement there is also between Germany and Denmark. The “extremely unlikely event” could now occur faster than expected. And that in turn would be a major problem for the German economy.,Industry consumes the most gas in Germany 36 percent of total sales in 2021. It is not only the largest customer, but gas is also the most important energy source in industry with over 30 percent.

The industry in eastern Germany in particular would face a major problem if deliveries were to be completely stopped by Russian pipelines (Nord Stream 1). With a length of 511,000 kilometers, the German gas network is highly branched, but industry experts are unsure whether supply in the east would be possible at all without inflow from the pipelines there.

There are hardly any corresponding calculations – supply problems from Russia have been considered highly unlikely in recent decades. Gas flowed even during the Cold War. In 2021, the Association of European Transmission System Operators for Gas (Entsog) published a study on various scenarios in the event of supply failures.

None of the scenarios envisages a complete failure of Russian gas supplies.,The energy-intensive industries also have a large share in German economic output. If there is no gas, production would have to be significantly reduced or even stopped in many companies. That could plunge Germany into a recession .

The head of Deutsche Bank, Christian Sewing, among others, warned of this. ‘Blind trust or a lack of affordable alternatives: in the past, various factors have meant that hardly any alternatives to Russian gas have been created. Liquefied natural gas (LNG) is now to be imported in order to reduce dependency.

“With a view to the coming winter, it is also important whether Germany will succeed in building up the LNG supply,” says energy expert Schaefer.

The problem: Germany has not yet had the infrastructure for this. A first floating LNG terminal has therefore now been approved in a fast-track procedure, and others are to follow by the winter. But Germany is not alone with its plans and is therefore competing with other countries for liquid gas and delivery capacities. Read more about the German LNG plans here.

Official CovPass and Corona-Warn-App: Vaccination certificate expires – what to do safely? 2022