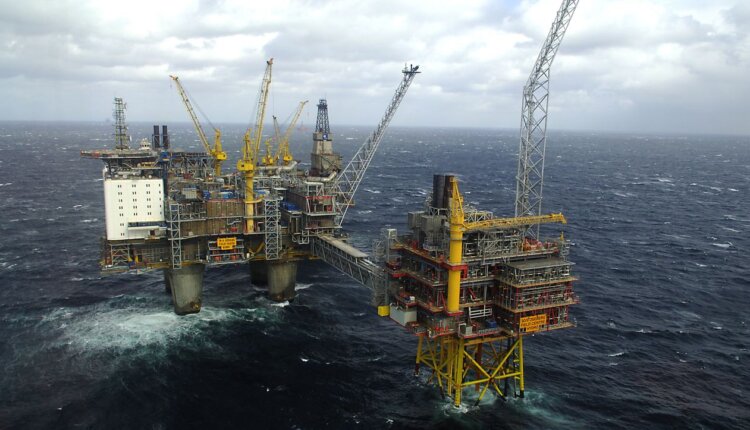 Oil and gas workers, Monday the government of Norway issued new permits for six offshore fields to satisfy the global hunger for gas. Now, however, a strike by oil and gas workers is putting a strain on production.

The strike has started, said Audun Ingvartsen, chairman of the Lederne union, on Monday evening. Oil and gas production will be cut by 89,000 barrels of oil equivalent per day (boepd) as a result of the work stoppage, of which 27,500 boepd is for gas production, said Norwegian energy group Equinor, formerly Statoil.

A planned phased production ramp-down through Saturday could result in nearly a quarter of Norway’s gas production and about 15 percent of oil production being shut down. According to the business newspaper »Dagens Næringsliv the industry association Norsk Olje og Gass speaks « already predicted a possible drop of 130,000 barrels of oil per day and gas of 292,000 barrels of oil equivalent per day. There is a risk of damage equivalent to a good 50 million euros a day.

The Scandinavian country is one of the largest gas suppliers for mainland Europe. Oil and gas
account for half of all Norwegian exports, with a population of just five million, almost 200,000 people work in the industry. Last but not least, the money they generate feeds the state pension fund.

According to the newspaper, just over 70 employees are initially involved in the current strike in the North Sea fields of Gudrun, Oseberg Sør and Oseberg East. However, the union is planning to expand to the Heidrun, Aasta Hansteen and Kristin fields, and more than a hundred other employees could then join. The decision to cut production ultimately rests with the operator Equinor. He confirmed that he had reduced production in the three fields initially affected by the strike.

For EU countries there, the Norwegian oil and gas workers’ strike comes at a sensitive time. Due to the severely reduced deliveries from Russia they are reinforced on gas ordered from Norway. In view of the war in Ukraine, Norway had announced that it would increase its output. Germany used to get about a third of its gas needs from Norway.

The background to the strike is a wage dispute. Lederne members had rejected an agreement proposal with a large majority, they are calling for a real wage increase in view of the sharp rise in consumer prices in Norway.

Slightly more than 70 oil and gas workers began their strike on Tuesday morning. It was about wages. Because the labor dispute threatened to significantly reduce the country’s gas exports, the government intervened.