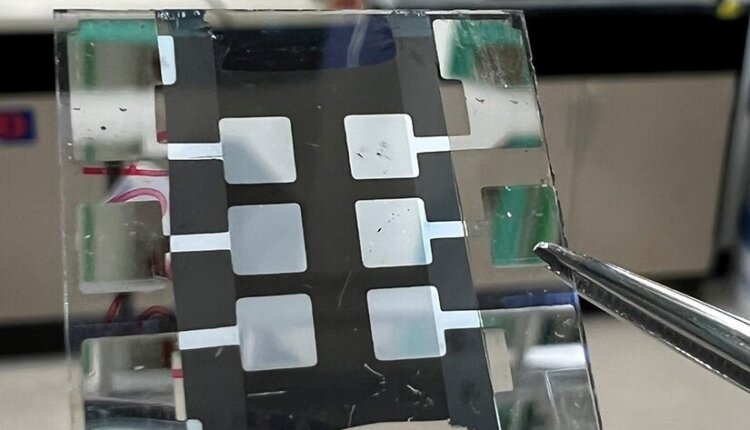 Thanks to a new structure, the perovskite solar cell developed by NREL researchers achieves a certified efficiency of 24%. This is the highest reported value of its kind, according to NREL.

The high-efficiency solar cell retained 87% of its original efficiency even after 2,400 hours of operation at 55 degrees Celsius.

Research in the field of perovskite solar cells had recently focused largely on how to increase their stability. “Some people can detect perovskites with high stability, but the efficiency is lower,” says Kai Zhu, a senior scientist at NREL’s Chemistry and Nanoscience Center. “Having high efficiency and high stability at the same time is a challenge.”

The researchers use an inverted architecture and not the “normal” architecture that has achieved the highest efficiencies to date. The difference between the two types is how the layers are applied to the glass substrate.

The inverted perovskite architecture is known for its high stability and integration in tandem solar cells. The NREL-led team also added the molecule 3-(aminomethyl)pyridine (3-APy) to the surface of the perovskite.

The molecule reacts with the formamidinium group within the perovskite and creates an electric field on the surface of the perovskite layer. “This suddenly gave us a huge boost, not only in terms of efficiency, but also in terms of stability,” said Zhu.

What is Perovskite solar cell ? 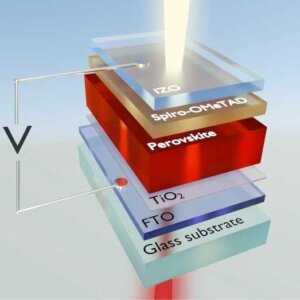 Perovskite materials, such as lead methyl ammonium halide and total inorganic caesium halide, are cheap and easy to manufacture.

What are Advantages of perovskite solar cells ?

It has a unique function, which can be used in solar cells. The raw materials used and possible manufacturing methods (such as various printing technologies) are low-cost.

The combination of these characteristics leads to the possibility of creating low-cost, efficient, thin, lightweight and flexible solar modules. Perovskite solar cells have been used to power low-power radio sub-equipment and for the Internet of Things applications for environmental power supply.

What are Materials of perovskite solar cells ?

The most commonly studied perovskite absorbent is lead methylammonium trihalide (CH 3 NH 3 PbX 3, where X is a halogen ion, such as iodine ion, bromine ion or chloride ion), with an optical band gap between ~1.55 and 2.3 eV, depending on the halide content.

Methami lead trihalide (H 2 NCHNH 2 PbX 3) also shows hope, with a band gap between 1.48 and 2.2 eV. The minimum band gap is closer to the optimal band gap of a single-junction battery than lead methyl ammonium trihalide, so it should be more efficient.

It was first used in solid-state solar cells in dye-sensitized batteries using CsSnI 3 as a p-type hole transport layer and absorbent. There is general concern about lead as an integral part of solar cell materials, solar cells based on tin-based perovskite absorbents are reported that NH 3 SnI 3 has low power conversion efficiency.

Among the series (double) solar cells, 31.1% of PCE has been recorded, the triple knot has increased to 37.9%, and the quadrupled solar cells have increased to 38.8%, which is impressive. However, the (MOCVD) process required by metal organic chemical vapour deposition to synthesize lattice matching and crystal solar cells with multiple crystals is very expensive, which makes it impossible for wide application.

In addition to being used for cost-effective synthesis, these poly-conite solar cells can also maintain high PCE under various extreme weather conditions, making them available worldwide.

If organic chiral ligands are used correctly, it is expected to improve the power conversion efficiency of halide solar cells. The chirality in an inorganic semiconductor can be deformed by the enantiomer near the lattice surface, the electron coupling between the substrate and the chiral ligand, which can be assembled into chiral secondary structure or chiral surface defects. 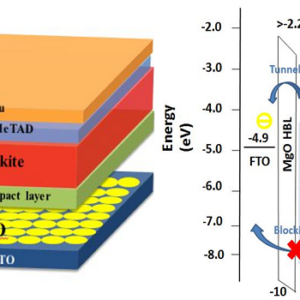 A major challenge for perovskite solar cells (PSC) is short-term and long-term stability.

The instability of PSC is mainly related to environmental impacts (moisture and oxygen), the thermal stress and inherent stability of perovskite based on methyl ammonium, heating at applied voltage, light effects (ultraviolet) and mechanical brittleness.

The water solubility of the organic components of absorbent materials makes the equipment very easy to degrade rapidly in a humid environment. Water-induced degradation can be reduced by optimizing the composition materials, battery structure, interface and environmental conditions in the manufacturing steps.

Wrapping perovskite absorbents with composites of carbon nanotubes and inert polymer matrix can prevent materials from being immediately degraded by humid air at high temperature.

However, the long-term research and comprehensive packaging technology of perovskite solar cells have not been proved. The 2 layer of equipment with mesoporous TiO and the perovskite absorption sensitization are also UV-unstable, due to the interaction between the photonic holes inside TiO2 and the surface of TiO of oxygen free radicals.

The ultra-low thermal conductivity of 0.5 W/(Km) measured at room temperature in CH 3 NH 3 PbI 3 can prevent the rapid propagation of deposited light and make the battery resistant to thermal stress, thus shortening its service life. The PbI 2 residue in perovskite films has been experimentally proven to have a negative impact on the long-term stability of the device.

It is said that the stability problem can be solved by replacing the organic transport layer with a metal oxide layer, so that the battery can maintain 90% capacity after 60 days. In addition, two instability problems can be solved by using multifunctional fluorinated photosensitive polymer coating, which has luminous and easy-to-clean functions on the front of the device, and forms a strong hydrophobic barrier to environmental moisture on the contact side of the back.

In the 180-day aging test conducted in the laboratory and the actual outdoor condition test for more than 3 months, the obtained device showed excellent stability in power conversion efficiency.

In July 2015, the main obstacle was that xxx’s perovskite solar cells were only nail-sized and could degrade rapidly in humid environments. However, researchers from EPFL published a study in June 2017, which successfully proved that no degradation (short circuit) was observed in large perovskite solar cell components within a year.

Now, the research team, together with other organizations, aims to develop a fully printable perovskite solar cell with an efficiency of 22% and 90% performance after aging testing.

Power out. It is worth noting that the optical collector used in the stability test is the classic perovskite MAPbI 3 based on methyl ammonium (MA), but the device is constructed without an organic group selective layer and no metal back contact. Under these conditions, thermal stress alone is the main factor that reduces the working stability of the packaging device.