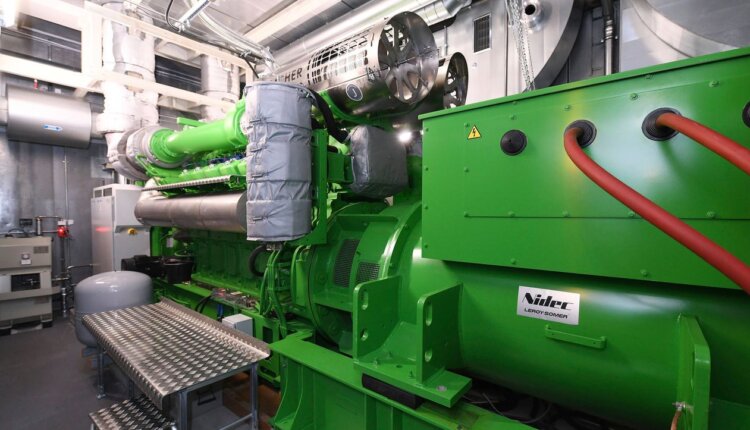 Nuclear power instead of Natural Gas, The FDP chairman Christian Lindner demands that the generation of electricity from natural gas must be stopped immediately.

“We have a heat problem, not a power problem,” replies the Green Party leader Ricarda Lang, thereby dismissing Lindner’s demand for longer operating times for the three remaining nuclear power plants return. Gas is not saved in this coalition dispute.

It would be very possible if the political energy were focused on the concrete problem instead of conducting a fruitless dispute over nuclear power. We are not saving any gas simply by extending the lifespan of nuclear power plants.

This will only succeed if market conditions for gas-fired power generation are adjusted. Robert Habeck had made an attempt to make natural gas so expensive through a penalty that generating electricity was no longer worthwhile and other power plants stepped in. The FDP prevented that.

Car heaven comes from Tübingen. Headlining is the name of the textile covering inside a car. And the high-quality fabrics often come from Rösch. A textile company founded in Tübingen in 1949, which is run as a family business in the third generation. More than 500 people work for Rösch in fabric production on huge machines. Nothing works in textile finishing without gas.

So far, the company has asserted itself in an extremely demanding market in Germany. But if the gas tap is turned off this winter, production will come to a standstill. If Rösch can no longer fulfill the delivery contracts, the customers are gone after a few days and do not come back. An example of the impending industrial meltdown caused by a gas shortage. Saving gas is the order of the day.

The example of Stadtwerke Tübingen shows why gas-fired power generation has continued without restrictions. The municipal utilities are the largest gas consumer in Tübingen, even ahead of the industrial companies.

Around 20 percent of the total consumption is burned in their combined heat and power plants, which generate electricity and district heating at the same time. According to the current legal situation, this should remain the case even if the Rösch company has not received gas for a long time because private heat customers enjoy special protection.

In order to keep the apartments in Tübingen warm, one would not have to burn gas. A district heating network always needs boilers for peak loads and as a safety reserve, and in contrast to natural gas engines, these can be fired with oil without any problems.

From a technical point of view, the changeover would be easy to implement, and oil is available in sufficient quantities. However, the natural gas engines continue to run because it would mean an economic disaster for the public utility company to switch to oil operation.

This is only partly due to the relatively high price of oil. The real reason lies in the design of the German electricity market. The municipal utilities have already sold the electricity generated from their combined heat and power plants to customers in Tübingen over the long term. If they now stop generating electricity, which would go hand in hand with the conversion to oil operation, they must alternatively buy the same amount electricity on the exchange in order to fulfill their delivery obligation fulfill.

However, electricity is currently about five times more expensive than the production costs in your own combined heat and power plant. Because the public utilities have also bought the gas for a long time at a fraction of the current market price.

A forecast for the second half of the year shows that not using gas to generate electricity would result in a loss of around 14 million euros. Of course, a municipal utility that makes a profit of four million euros in normal years cannot afford that. “Nuclear power instead of Natural Gas”

Economically, the calculation looks different. Natural gas generation still accounts for about 12 percent of gas consumption. About two-thirds of these are combined heat and power plants, which could generally be converted to oil-fired boilers. This would quickly save more than 5 percent of the total gas consumption.

This is the largest currently untapped opportunity to replace natural gas. It is possible that this amount of savings could just about prevent shutdowns for the industry. Compared to the damage caused by an industrial meltdown, the cost to operators of switching to oil is small. If you apply the conditions in Tübingen to the whole country, around 5 billion euros would have to be raised this winter. That doesn’t seem too much to make industrial process shutdowns less likely.