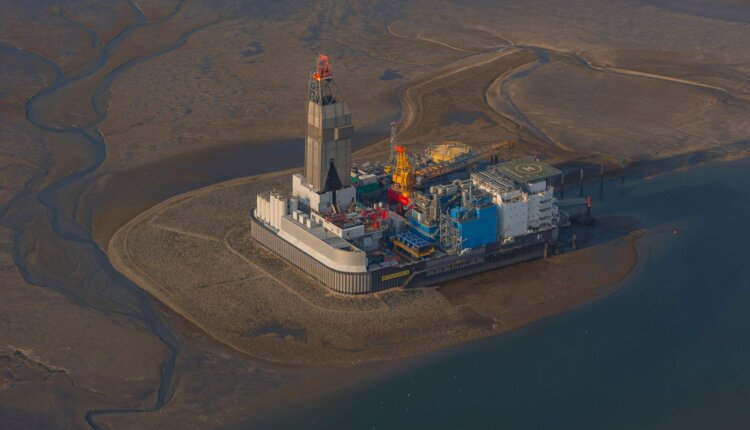 Oil price fell significantly on Monday. In the morning, a barrel (159 liters) of North Sea Brent cost 95.55 US Dollars. That was $1.17 less than Friday.

Oil price for a barrel of the US variety West Texas Intermediate (WTI) fell by 1.25 dollars to 89.52 dollars.,According to market observers, oil price are falling further by the prospect of increased oil exports from the important producing country Iran.

At the weekend, US President Joe Biden met with the heads of government of Germany, France and UK on the phone. During the exchange, the situation in the Middle East was also discussed, including the negotiations on the nuclear agreement with Iran.

Negotiations are currently underway on reviving the international nuclear agreement with Iran. Efforts are aimed at curtailing Iran’s nuclear program. In return, economic sanctions against Iran are to be lifted. The OPEC member would then be able to supply more crude oil to Western industrialized countries again.

Oil Prices in the oil market did not reflect the underlying supply and demand fundamentals, the Saudi minister told Bloomberg news agency earlier in the week.

That could prompt the Opec+ oil association to cut production. Even weak economic data from the USA did not burden oil prices in this environment.

Commodities expert Carsten Fritsch from Commerzbank recognized in the minister’s statements a direct connection to recent negotiations for the renewal of the nuclear agreement with the important producing country Iran.

“Possibly Saudi Arabia wants to prepare for the case that the USA agrees to a renewal of the nuclear agreement with Iran and that it is allowed to return to the oil market “Fritz said. The OPEC country Iran is currently still subject to sanctions and can only export its crude oil to a limited extent.

Oil price came under pressure last week in view of growing fears of a recession in leading industrialized countries.

In China, the economy has, among other things, due to hard Measures to contain the corona pandemic have lost momentum.

According to the assessment of the Bundesbank on Monday, a Recession off. Such an economic downturn, coupled with economic difficulties in other countries, is likely to ensure that global demand for, and thus the price of, crude oil will fall.

Natural gas prices are rising and there is no end in sight – not with the war in the Ukraine and not with the energy crisis, which hits Germany with full force.
It is now clear to all EU countries: You cannot rely on Russia as a trading partner. But where is the gas for Europe supposed to come from?

The Nobel Prize winner and well-known economist Joseph Stiglitz pleads for Germany to take action itself – and similar to the USA Forcing shale gas out of the deep layers of rock in the ground. So: Fracking in the local Wadden Sea or on Lake Constance.

Is Stiglitz right – is it time to rethink? t-online finance editor Nele Behrens and Florian Schmidt, heads of department economy and finance, discuss in pros and cons.

The pro by Florian Schmidt,The electricity comes from the socket, the heat from the radiator: the German is known to like doing it himself easy. Where does the energy for both come from? Doesn’t matter.

The main thing is cheap, the main thing is a green conscience.,Fracking is therefore just as unappetizing for many as nuclear power. The production is too expensive, the fuel itself too fossil.

What most people overlook is that this common narrative has long been outdated and has become hypocritical in the face of the energy crisis. Because in future much of the gas that Russia no longer supplies us with will be fracked gas be – from the USA.

In liquid form and for a lot of money, it should soon land at the new LNG terminals in order to free us from our dependence on Putin. That’s not sustainable. And it certainly won’t be cheap.

Wouldn’t it be better to pump the gas from local soil yourself? There are three reasons for this: ‘Certainly, fracking will not remedy the situation in the short term. The coming winter cannot be saved with this, nor the following one.

But let’s be honest: It will be a few years before renewable energies can cover Germany’s entire energy requirements – which we can bridge with our own gas cheaper and more ecologically than about with coal.,The counter of Nele Behrens,Fracking in Germany defies all reason.

It is the repetition of the same mistake that brought us the current misery. Instead of confronting the consequences of a one-sided fossil energy policy, should we continue to overexploit nature?

That is nonsensical for economic reasons alone:,From the perspective of climate protection, fracking is even madness, because:,The 79-year-old Nobel Prize winner Joseph Stiglitz is for fracking – but he will no longer have to experience the consequences of his short-term economic policy. Rather, we must use the current pressure to invest sustainably.