Technology PERC VS Heterojunction HJT VS TOPCon, Which will Lead next year 2022? 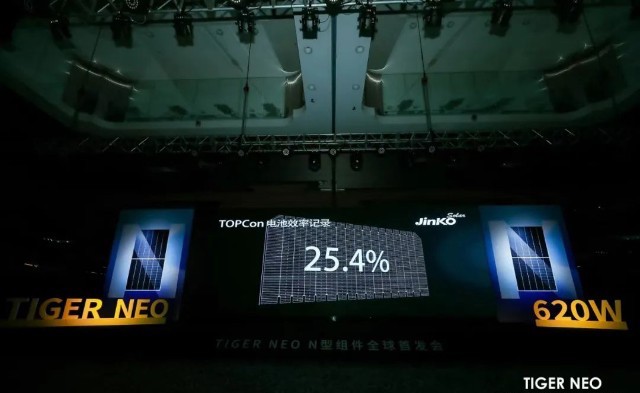 Aiming at the mainstream technical routes of PERC , TOPCon and Heterojunction HJT, comparisons are made from the perspectives of efficiency, cost, and craftsmanship:

1) From the perspective of efficiency : the theoretical limit efficiency of TOPCon Cell reaches 28.7%, which is higher than 27.5% of Heterojunction HJT and 24.5% of PERC. Judging from the current mass production efficiency, PERC has reached around 23%, TOPCon and HJT have exceeded 24%, but there is still a certain gap from the limit efficiency, and there is more room for efficiency improvement.

2) From a process point of view : PERC is currently the most mature, TOPCon needs to add diffusion, etching and deposition equipment to the PERC production line, and the cost increase is small; while the HJT Solar Cell process is the simplest and the least steps (the core process is only 4 steps) , But basically completely replaced the PERC production line. The IBC Solar Cell process is the most difficult and complex. The need is to use ion implantation to provide the production technology threshold.

3) From a cost point of view : PERC industrialization is the fastest and low cost, and TOPCon Solar Cell has the highest compatibility. It can be upgraded from PERC/PERT production line, followed by IBC. HJT Solar Cell is completely incompatible with existing equipment, and a new production line is required. GW investment is 250 million yuan higher than PERC and nearly 200 million yuan higher than TOPCon. There is still room for decline.

TOPCon: Extend the life cycle of PERC production line, the first choice for cost performance in the next 2-3 years.

In the past two years, PERC’s newly-built production lines have reserved space for TOPCon transformation, and the current expansion plans have also shifted to the construction of N-type technology production lines.

The existing equipment of the PERC production line is mainly modified, and the main new equipment is the LPCVD/PECVD equipment and coating of amorphous silicon deposition. Equipment link.

The efficiency of mass production has improved significantly, and the development of industrialization has accelerated.

Heterojunction HJT: There is a lot of room for localization to reduce costs, and it is expected to become the next-generation mainstream technology.

2) Low light attenuation + low temperature coefficient, strong stability. The Heterojunction HJT Solar Cell reduces the interface recombination and improves the TCO layer and Ag contact performance through a good coating process. The degradation of HJT Solar Cells is less than 3% in 10 years, and only 8% in 25 years. And the Solar Cell temperature coefficient is small, which can reduce the heat loss caused by sunlight;

3) The process flow is more simplified, and there is more room for efficiency improvement and cost reduction. Compared with PERC’s 8 processes and TOPCon’s 10 processes, Heterojunction HJT can be completed in only 4 processes. It can be prepared under a low temperature environment of <250℃. Compared with traditional PN junctions prepared at a high temperature of 900℃, it is conducive to slicing and Reduce thermal damage to reduce the cost of silicon wafers, which has more advantages and room for improvement in terms of production efficiency and product yield.

The current production cost of Heterojunction HJT Solar Cells is below 0.9 yuan/W, which is higher than the cost of PERC at 0.7 yuan/W, it is expected that in 2022, the cost of silicon and non-silicon of Heterojunction HJT Solar Cells will be reduced by 40%+ compared with the current price, which is compared with the cost-effectiveness of monocrystalline PERC Solar Cells. The advantages are expected to gradually emerge. At present, the industry mainly starts from three aspects: silver paste, silicon wafer and equipment:

1- The domestic low-temperature silver paste has achieved a breakthrough in localization, and the silver-clad copper technology has been converted from the laboratory to the vector production line, and the consumption and price of the silver paste will be significantly reduced.

2- The low-temperature process can reduce the width of the grid line to less than 15μm. The grid technology has led to a 35% reduction in the consumption of silver paste.

2) Silicon wafer cost : HJT wafers are expected to be thinner, lower costs, and improve efficiency, and the cost is expected to drop by more than 40%. Thinning is conducive to reducing the cost of silicon wafers. Heterojunction HJT cells have a symmetrical structure, which is easy to thin and does not affect efficiency. The current PERC thickness is 170μm, and we expect it to drop below 130μm by 2022, which will increase Voc and further improve efficiency and reduce costs. We expect that the cost of silicon wafers will drop from 0.48 yuan/W in 2020 to 0.27 yuan/W in 2022, a reduction of over 40%;

3) Cost reduction in equipment: The current cost per GW is less than 400 million yuan, and there is still room for 40% cost reduction in the future. The Heterojunction HJT production process has been greatly simplified. The four steps of texturing cleaning, amorphous silicon film deposition, TCO film deposition, and electrode metallization correspond to the four process equipment of texturing cleaning, PECVD, PVD/RPD, and silk screen/electroplating respectively.

As domestic equipment manufacturers such as Maiwei, Jiejia and Junshi actively promote the industrialization of Heterojunction HJT complete line equipment, leading to continuous decline in the price of core equipment, Solarzoom predicts that the equipment cost is expected to drop to less than 300 million yuan/GW in 2022, and the depreciation cost will drop to 0.03 yuan/W, the cost reduction space is as high as 40%.

New and old players have entered the game one after another, and the pace of Heterojunction HJT expansion has accelerated. Manufacturers such as Junshi and Tongwei have begun planning HJT production capacity as early as 2019. As the cost of the Heterojunction HJT production line continues to drop and more and more new players enter the game, the first phase of Anhui Huasheng’s project is progressing smoothly, and the second phase of 2GW project bidding is launched in Q3. In May 2021.

Mingyang Intelligent announced that it will invest in the construction of 5GW photovoltaic high-efficiency cells and 5GW photovoltaic high-efficiency module projects. Beginning in May 2021, the related Heterojunction HJT production lines of Akcome Group have entered the construction period one after another. It is expected that the equipment will gradually enter the market and put into production in the second half of the year. In June 2021, King Kong Glass announced that it has decided to invest in the construction of a 1.2GW large-size half-cell ultra-efficient heterojunction solar cell and module project.

At present, relevant equipment has already entered the site. Up to now, there are already over 10GW under construction or bidding, and we expect that by the first half of next year, the production progress of the heterojunction mass production line will accelerate.

There is a lot of room for efficiency improvement + equipment cost reduction, and the HJT Solar Cell production capacity is planned to exceed 120GW. With the accelerated localization of equipment and the gradual improvement of the process, new entrants such as China Huasheng, King Kong Glass and Mingyang Intelligent have entered the heterojunction GW-level mass production line.

Only 2021H1 announced plans for new projects exceeding 8GW. Up to now, the global Heterojunction HJT planned production capacity has exceeded 120GW. With the further reduction of equipment and key materials and the improvement of the process, it is expected that the pace of HJT mass production will further accelerate. We estimate that in 2025, the new/total capacity of HJT Solar Cells will be 106/306GW, respectively, and the CAGR of new capacity will be 123.5% in five years.